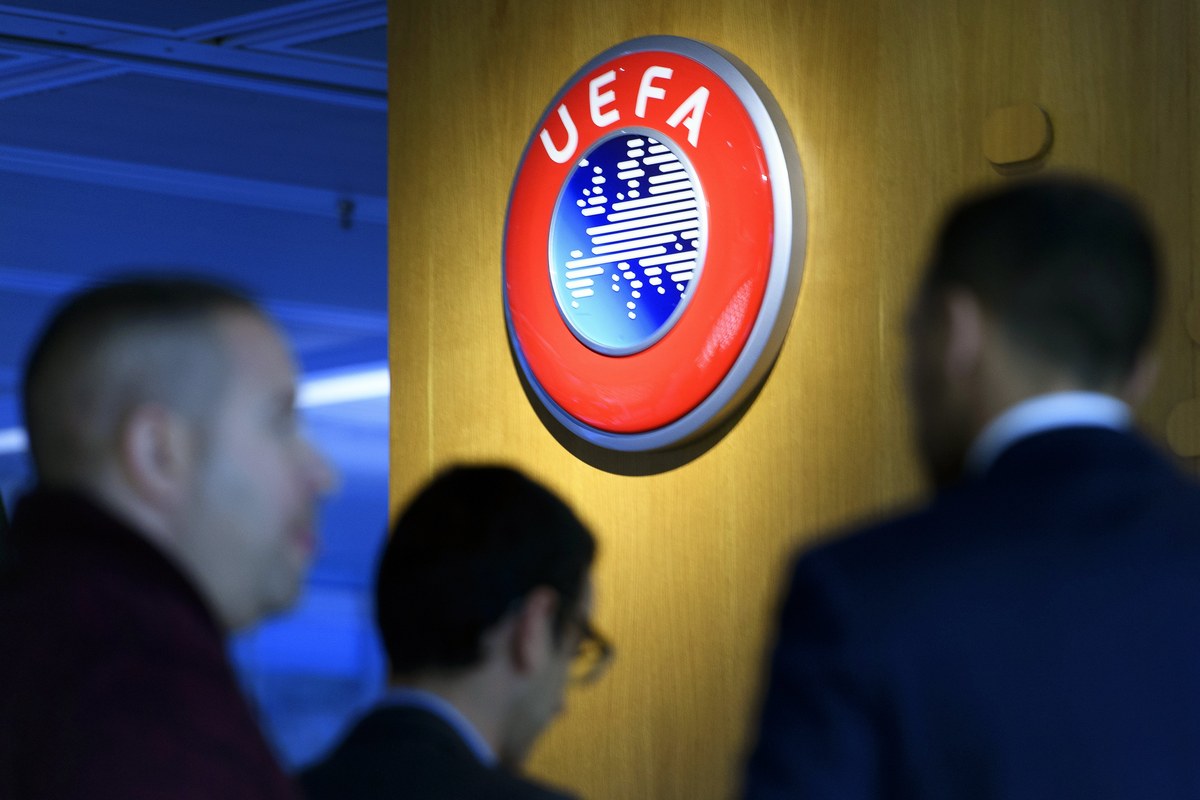 Following a meeting of the Executive Committee, the governing body of European football decided to pay 70 million euros, or $75.7 million, to the clubs ahead of schedule to help deal with the current crisis and financial difficulties faced by many clubs across Europe.

Vyacheslav Koloskov, the Honorary President of Russia's Football Union, has lauded a decision by the Union of European Football Associations (UEFA) to pay an early compensation to 676 clubs of the league's 55 member associations that had been preparing their players for the now postponed Euro 2020 tournament.

"The principle is important, the UEFA is absolutely fair towards clubs," RIA Novosti quoted Koloskov as saying on Thursday. "As, for example, in Russia and other countries, they (governments) help citizens, who have lost resources, in difficult times."

Following a meeting of the Executive Committee, the governing body of European football decided to pay 70 million euros, or $75.7 million, to the clubs ahead of schedule to help deal with the current crisis and financial difficulties faced by many clubs across Europe. The move follows the unprecedented decision made in March by the UEFA to postpone Euro 2020, one of the world's biggest football tournaments, due to the coronavirus pandemic. As a result, the tournament, originally scheduled to take place this summer in 12 host countries, including Azerbaijan and Russia, will now run from June 11 to July 11, 2021.

"Such payments were originally scheduled to be released on completion of the European Qualifiers play-offs, but given the challenges faced by clubs that are having to meet ongoing financial commitments while seeing revenues dry up during the COVID-19 lockdowns, payments will now be made immediately," reads an official statement issued by UEFA on Friday.

In total, UEFA is planning to allocate 200 million euros, or about $216 million, in compensation under the agreement reached with the European Club Association (ECA).

"For UEFA Euro 2020, a minimum of 200 million euro is available for distribution to clubs as agreed in the memorandum of understanding (MoU) between the UEFA and the ECA, which was renewed in 2019," the governing body added in the statement.

The payments will support European football clubs impacted by the coronavirus outbreak, which has led to the cancellation and postponement of many major sporting events around the world.

"European clubs are an integral part of the success of our national team competitions," said UEFA's president Aleksander Ceferin. "As a result, a share of our national team competition revenues is distributed to the clubs which release players for those matches. At this difficult time when many clubs are facing financial issues, especially with their cash flow, it was our duty to make sure that clubs receive these payments as quickly as possible."

In turn, ECA chairman Andrea Agnelli highlighted that this step is "a much-needed liquidity injection into club finances," which represents results of ECA's joint work with UEFA on safeguarding clubs at this time of existential threat."

"Whilst public health remains our primary concern, securing financial, legal and regulatory relief in advance of restarting football across Europe, once it is safe to do so, is of paramount importance to ECA and its members," Agnelli added.

The national football team of Russia, led by Stanislav Cherchesov, booked its place in the finals of the UEFA Euro 2020 qualifying competition, passing the qualification for the 24-team tournament along with its Group B rivals Belgium, Finland and Denmark.

The European qualifiers competition, which was scheduled to run from March 2019 until March 2020, would have placed 24 teams in the finals. However, due to the coronavirus pandemic, only 20 teams had a chance to pass the qualification.