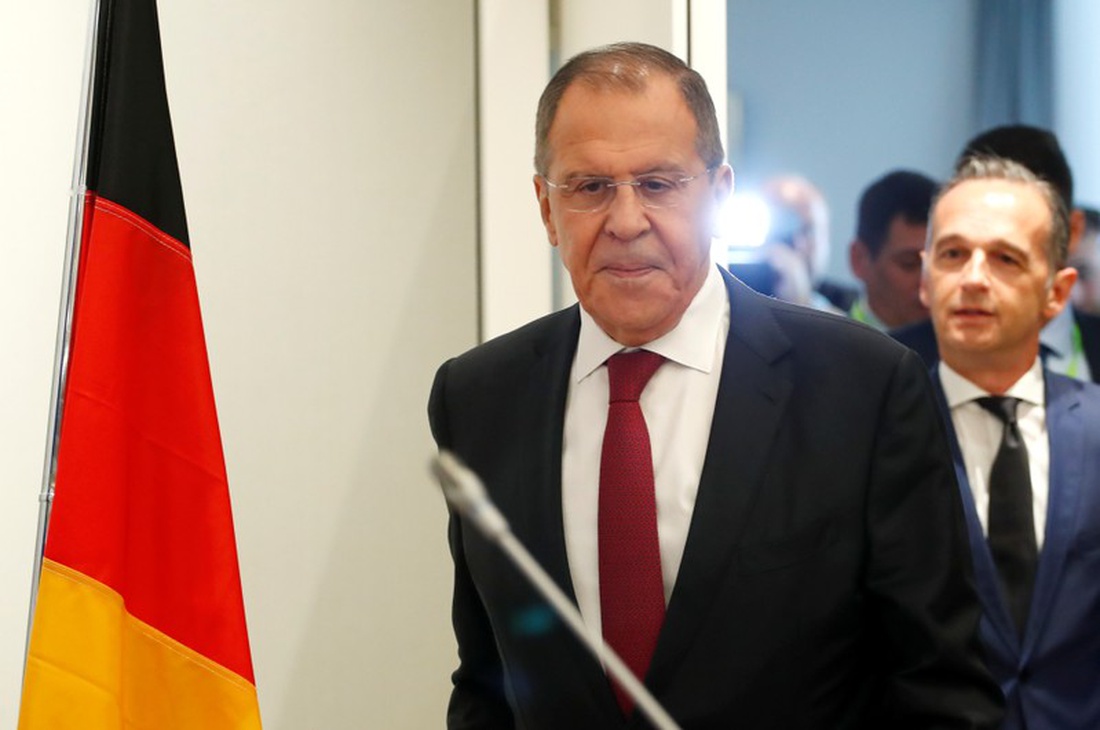 German Foreign Minister Heiko Maas and his Russian counterpart Sergei Lavrov arrive to attend a press conference on the sidelines of the 2019 Petersburg Dialogue in Konigswinter, Germany on June 18.

The Russian foreign ministry has urged the remaining signatories to the Joint Comprehensive Plan of Action (JCPOA), known as the Iran nuclear deal and brokered under the administration of U.S. President Barak Obama in 2015, to continue cooperating and help save the agreement from ending.

Speaking at a press conference alongside his German counterpart Heiko Maas at the 2019 Petersburg Dialogue held in Konigswinter, Germany on Thursday, Russian Foreign Minister Sergei Lavrov emphasized the importance of “united efforts” between the remaining parties to the agreement – Russia, the United Kingdom, France, China and Germany – to preserve the deal.

“We are working with Iran, as Germany, France, the United Kingdom and the European External Action Service are doing, calling for restraint and for pooling efforts to keep this deal in place,” RIA Novosti quoted Lavrov as saying.

“We stressed today that it is utterly important to ensure coordination of actions and positions of all the remaining signatories to the JCPOA,” he said.

The deal was meant to limit Iran’s capacity to produce weapons-grade nuclear fuel for a limited number of years, in exchange for the U.S. and other western powers lifting nuclear-related sanctions. As part of the agreement, Iran agreed to eliminate its stockpile of medium-enriched uranium, cut its stockpile of low-enriched uranium by 98 percent, and reduce by about two-thirds the number of its gas centrifuges for 13 years.

But the current U.S. president, Donald Trump, pulled the United States out of the deal in May of 2018, saying it was lopsided and benefited Iran in the long-term, while giving too many concessions to it in the short-term. The Trump administration has also cited concerns over Iran’s non-nuclear ballistic missile programs, which were never part of the negotiations leading up to the JCPOA; and Iran continuing to bankroll organizations, such as Hamas and Hezbollah, that the U.S. Department of State considers terrorist organizations.

Trump subsequently imposed tough economic sanctions on Iran, targeting its oil and gas sectors, which eventually led to Iran to stop honoring certain commitments regarding the limits on nuclear fuel permitted under the JCPOA.

When Washington terminated the landmark nuclear accord, the remaining members of the agreement, including Russia, blamed President Trump for the breakdown. Moscow has accepted Iran’s right to partially suspend its commitments under the agreement in response to the American departure from the JCPOA and U.S. sanctions, but is urging restraint.

In Germany last week Lavrov said the deal could hardly be kept in place, “if we keep on saying that the deal’s survival depends solely on Iran. He blamed the U.S. for allegedly violating international law by prohibiting others to comply with the terms of the nuclear deal.

“It is necessary to call on everyone for restraint,” TASS quoted Lavrov as saying during the press conference. “And we must not ignore the basic reason when a permanent member of the United Nations Security Council has rejected the resolution of this supreme United Nations body and demands that all the rest should not implement this resolution.”

“We hope that our European partners will give such assessments,” Lavrov said.

“It is important for all the parties involved in the agreement to act together and use their influence on Tehran, so that Iran would return to full compliance with the nuclear deal,” Anadolu Agency quotes Maas as saying.

In January, European officials launched a payment system called Instrument in Support of Trade Exchanges (INSTEX), designed to facilitate payments to Iran and skirt American sanctions. However Iranian officials say the effort has thus far failed, because it cannot fully compensate for the gaps that still remain due to the unilateral sanctions.

Blaming the U.S. for pulling out from the JCPOA, an Iranian official announced that Iran's accumulation of more enriched uranium is permitted under the deal. The International Atomic Energy Agency, the United Nations' atomic watchdog, verified that Tehran began enriching more uranium than allowed by the JCPOA.