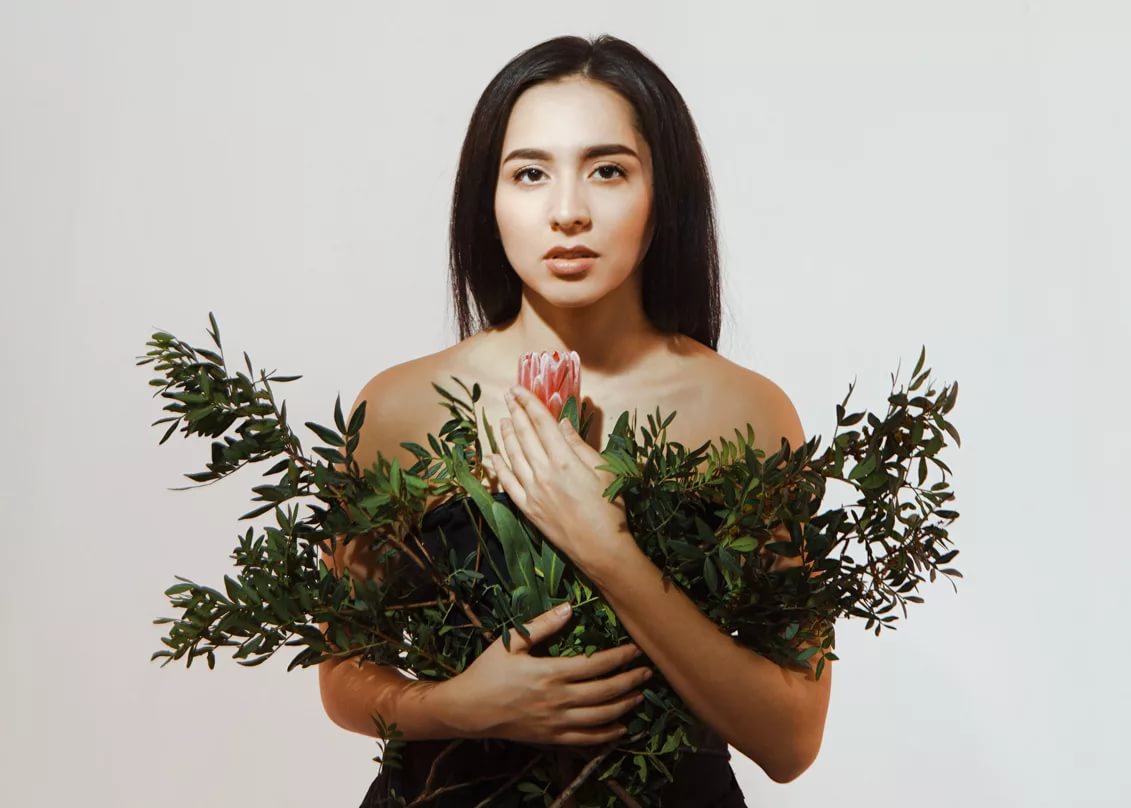 Although the 29-year old singer and songwriter described her entry as a song about the transformation of a Russian woman’s self-awareness over the past few centuries, she has faced strong criticism after winning Russia’s national final — her ticket to represent Russia at the 2021 Eurovision.

The song “Russian Woman” performed by 2021 Eurovision contestant from Russia, Manizha, has been nominated for the Eurostory Best Lyrics Awards, an annual title awarded for the most powerful line of the most poetic imagery of Europe’s biggest song contest.

Written and performed by the Tajikistan-born singer and an activist for women’s rights Manizha Sangin, known professionally as simply Manizha, “Russian Woman” has been hailed as a feminist anthem. In the chorus of the song, which praises the strength of Russian women, Manizha urges women to be more independent and to resist sexist views on beauty, age, and bearing children by singing: “Every Russian woman needs to know / You’re strong enough you’re gonna break the wall.”

“This song doesn’t just describe the strength and march of the Russian woman, but also deals with (subconscious) female stereotypes all over the world,” the jury said in its report issued on the official website of the Dutch-based online magazine on Friday.

“It’s one of the few lyrics this year that actually tells a story, which, in this case, they do by building a certain tension. The little girl who doesn’t dare to cross an open field by herself suddenly appears to be more than a memory. She’s a metaphor for all the women worldwide who can’t cross the street without the fear of getting harassed. This song was written on International Women’s Day 2020 and saw its first performance exactly one year later. Could this be any more powerful?”

Ethnic vibes put in harmony with modern patterns creates a perfect combo in the Russian entry mocking social expectations from women: “You’re 30!/Hello?/Where are your kids?/You are cute overall/But should lose some weight/Wear something longer/Wear something shorter.”

Although the 29-year old singer and songwriter described her entry as a song about the transformation of a Russian woman’s self-awareness over the past few centuries, she has faced strong criticism after winning Russia’s national final — her ticket to represent Russia at the 2021 Eurovision.

Ahead of this year’s song contest, Russia’s Investigative Committee received a request from social activists to investigate the song for “possible illegal statements.” However, a source from police authorities confirmed that no illegal statements had been found in the track’s lyrics, and it will remain the country’s entry for this year’s Eurovision.

Along with the “Russian Woman,” this year’s nominees for the Best Lyrics Award include Bulgaria’s song titled “Growing up is getting old,” Italy’s “Zitti e buoni,” Dutch “Birth of a new age” and Belgium’s “The wrong place.”

As in previous years, the winner will be chosen by a jury of fifty people who all somehow have relevance to literature, music, songwriting, languages, and Eurovision. The jury members included authors, journalists, editors, songwriters, translators, and even ex-Eurovision participants.

The 65th edition of the longest-running annual international television song competition will be staged at Rotterdam’s Ahoy Arena from May 18-22, after being canceled last year due to the Covid-19 pandemic. The semi-finals of the upcoming contest will feature the same line-up of countries as determined by the draw for the last year’s contest’s semi-finals. Russia was placed into the first semi-final scheduled for May 18.