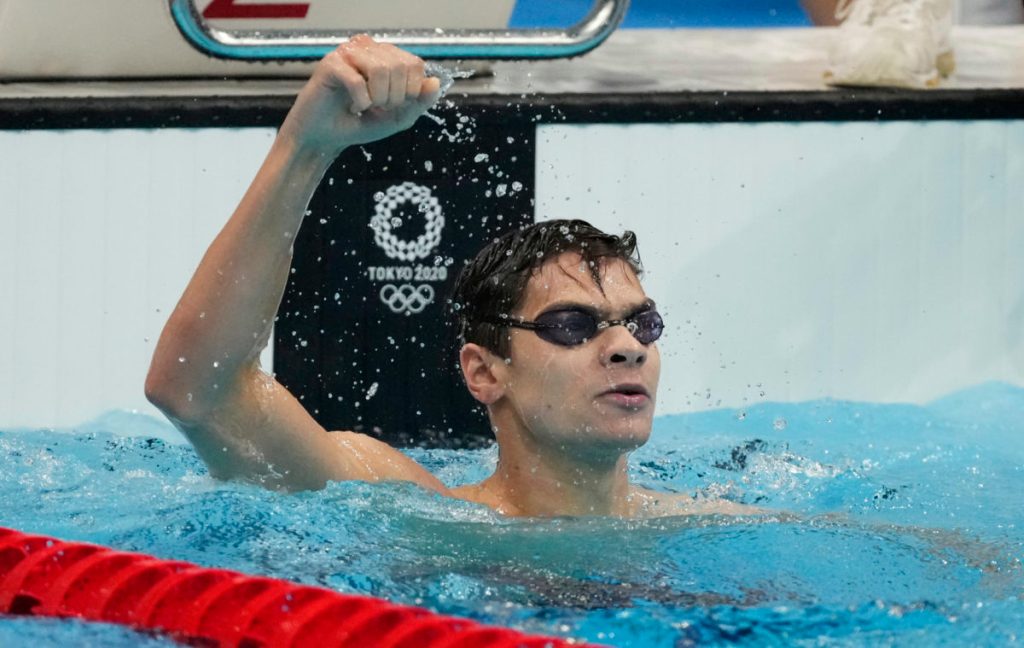 Rylov, who started swimming at the age of six, became the first Russian athlete to win an Olympic swimming gold since the Atlanta Games in 1996.

The World Anti-Doping Agency (WADA) has turned the screws on Russian athletes over a doping scandal, but that has not stopped them from proving their dominance at this year’s Summer Olympic Games in Tokyo.

On Tuesday, Russia broke a 25-year curse in men’s swimming with an impressive performance of Russian swimmer Evgeny Rylov.

The Russian athlete rocketed to a new European record surpassing his teammate Kliment Kolesnikov and American defending champion Ryan Murphy in a thrilling 100-meter backstroke. The 24-year-old swimmer kept it clean and smooth throughout the swim to claim the gold medal with a final score of 51.98 seconds, touching the wall 0.02 seconds ahead of Kolesnikov. Meanwhile, defending Olympic champion, Ryan Murphy settled for the bronze in 52.19 seconds.

Rylov, who started swimming at the age of six, became the first Russian athlete to win an Olympic swimming gold since the Atlanta Games in 1996 when Alexander Popov and Denis Pankratov both won gold twice.

Meanwhile, Rylov and his teammate Grigory Tarasevich have also made their way to the semi-finals in the 200-meter backstroke. The semi-finals will take place on Thursday.

This year, the country’s athletes are competing under the Russian Olympic Committee (ROC) flag following a decision from the World Anti-Doping Agency (WADA). The agency initially banned the world’s largest country from all major sporting events, including Tokyo 2020 Olympics, as well as the Qatar 2022 football World Cup and the 2022 Winter Olympics in Beijing, due to a doping scandal.

However, the four-year ban was halved late last year by the Court of Arbitration for Sport (CAS) in a clear victory for the Russian side. The ban will now run until December 16, 2022. While the Russians are still not allowed to compete under the country’s flag, they can now wear their tri-color uniforms instead of the neutral ones initially imposed by WADA.

Russia has a long history of Olympic success, and athletes competing as the ROC have won 20 medals so far, including seven gold, eight silver, and five bronze.

The 2020 Summer Olympic Games are being held in Japan’s capital of Tokyo from July 23 – August 8. In March 2020, the International Olympic Committee (IOC) decided to postpone the event for one year due to the coronavirus pandemic spread worldwide.