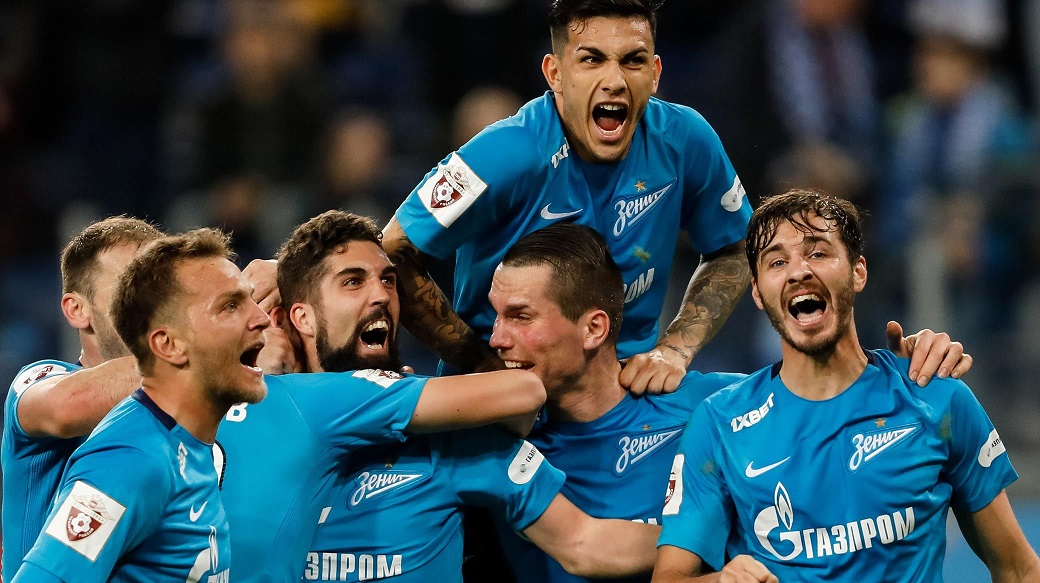 Zenit was the winner of the Europa League title in 2008, when the competition was still known as the UEFA Cup / Epsilon / Getty Images

Russia will be represented by two of its football (soccer) teams, namely Zenit and Krasnodar, in the 2018-19 season of the UEFA Europa League.

Thirty-two draws were determined in Nyon, Switzerland on Monday, where Zenit was randomly selected to go up against Fenerbahce from Turkey and Germany’s Bayern Leverkusen was chosen square off against Krasnodar.

Zenit will travel to Fenerbahce’s home turf in Istanbul, Ulker Stadium, on February 14 to play the first match of the 1/16 tie. A second game will be played, part of the 1/8 qualifier round, which will take place at Zenit Arena in Saint Petersburg one week later. Krasnodar will square off against Bayern Leverkusen at Krasnodar Stadium on February 14, and again take the field for its second match against the German team at BayArena, on February 21.

The 2018–19 UEFA Europa League is now in its 48th season, and is considered Europe's secondary tournament, trailing right behind the UEFA Champions League.

Zenit was the winner of the Europa League title in 2008, when the competition was still known as the UEFA Cup. Zenit won the final match of the 2007-2008 season against Scotland’s Glasgow Ranger, 2-0, played at Manchester Stadium in England.

The final game of the 2018-19 season will be played at the 68,700-seat Olympic Stadium in the Caspian Sea coastal city of Baku in Azerbaijan.