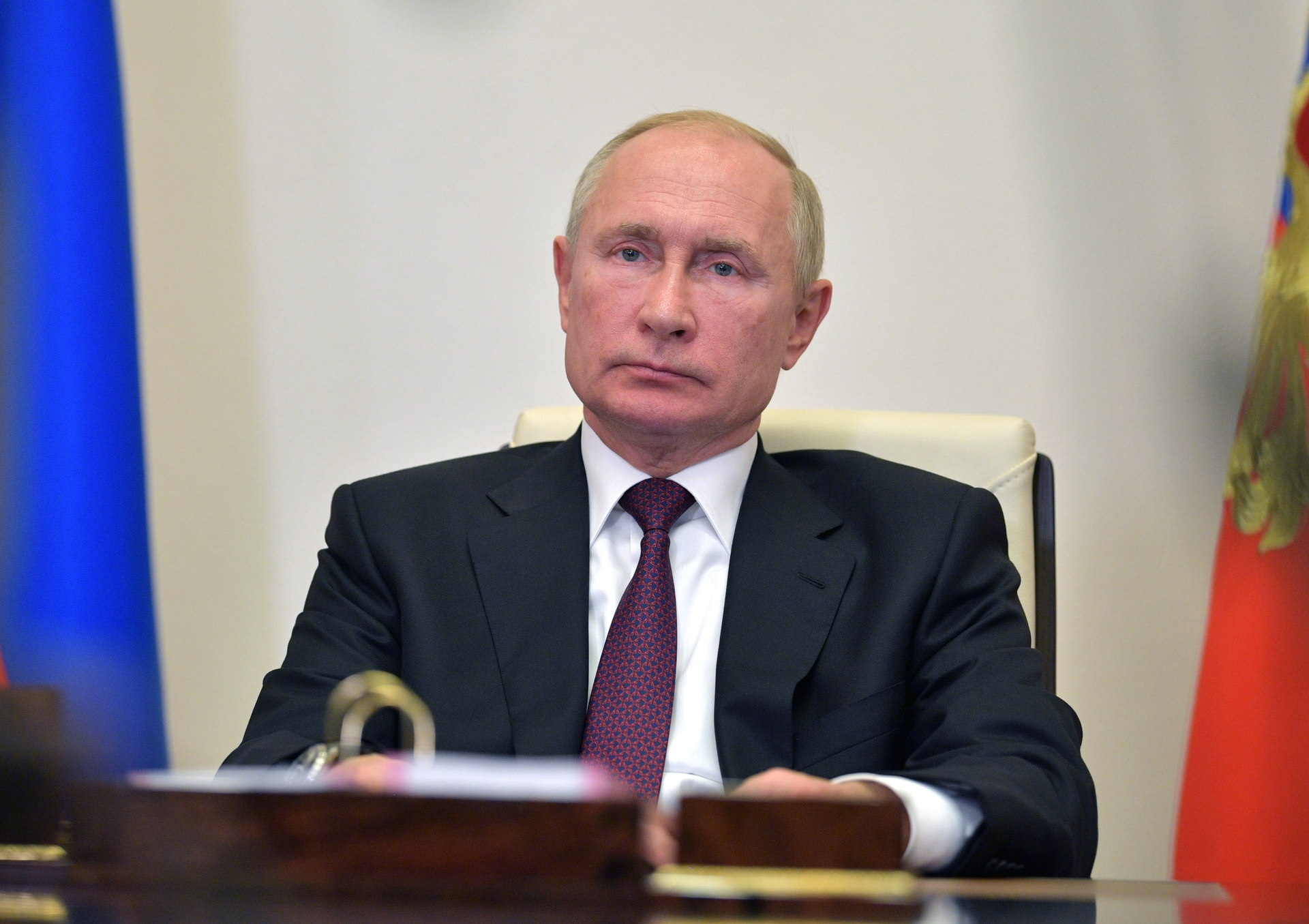 On Monday, Russian President Vladimir Putin proposed that NATO and Russia should conduct mutual inspections of each other’s military bases to secure a moratorium on the deployment of new missiles in Europe.

As the Intermediate-Range Nuclear Forces Treaty (INF), a cornerstone of European security, comes to an end, the Kremlin is holding out hope that the North Atlantic Treaty Organization (NATO) would join Russia in its efforts to avoid missile buildup in Europe.

On Monday, Russian President Vladimir Putin proposed that NATO and Russia should conduct mutual inspections of each other’s military bases to secure a moratorium on the deployment of new missiles in Europe.

"In particular, these options could include verification measures with regard to the Aegis Ashore systems with Mk-41 launchers that are deployed at US and NATO bases in Europe, as well as 9M729 missiles at the sites of the Armed Forces of the Russian Federation in the Kaliningrad Region," the Kremlin’s press service said in a statement of the Russian president issued on Monday. "The goal of such verification measures would be to confirm the absence of ground-based intermediate- and shorter-range missiles at the sites covered by the agreements and of arms, on specifications and classification of which the parties were unable to reach an agreement (Russian 9M729 missile)."

The 9M729 ground-launched cruise missile system labeled a "missile of concern" by the United States is one of the reasons behind the Washington’s pullout from the INF pact. The US and NATO say Russia has been developing the 9M729 ground-based missile, which according to the US has a range of 500 km (311 mi.), which violates the terms of the INF treaty. Although Moscow has denied accusations of building INF-violating strike systems, maintaining that the system has a range of up to only 480 km (298 mi.), keeping it within the allowable ranges permitted by the pact, Washington has refused meeting Moscow halfway.

As a result, two nuclear powers pulled out of the 1987 Intermediate-range Nuclear Forces Treaty last year. Nevertheless, Putin has pledged not to deploy the weapons outlawed by the treaty for as long as the western alliance doesn’t deploy such arms to Europe.

"Staying committed to its consistent stance that the 9M729 missile fully complies with the provisions of the former INF Treaty, the Russian Federation, nevertheless, is ready, in the spirit of good will, to continue not to deploy 9M729 missiles in European part of the territory of Russia, but only provided that NATO countries take reciprocal steps that preclude the deployment in Europe of the weapons earlier prohibited under the INF Treaty," Putin said in the statement.

Signed in 1987 under the Ronald Regan administration, the INF treaty was a part of a series of arms control accords that defined the post-Cold War Euro-Atlantic security architecture. The treaty banned the United States and the Soviet Union from possessing, producing or test-flying ground-launched nuclear cruise and ballistic missiles having a range of 500 to 5,500 kilometers, or roughly 300 to 3,400 miles.

The end of the INF treaty poses new military challenges that exacerbate the risks of missile weapons race. Given mounting tensions between the West and Russia, "new threats to the European security are evident," Putin said in the statement, who called Washington's withdrawal from the treaty "a serious mistake."

"The Russian Federation continues to believe that the INF Treaty was an important element of the architecture ensuring international security and strategic stability," the statement said. "The Treaty played the most particular role in maintaining predictability and restraint in the missile sphere in the European area."

Putin's statement comes amid uncertainty surrounding the New START arms control treaty that scheduled to expire in February 2021. The future of the last major milestone in arms control that limits deployment of up to 1,550 nuclear warheads and 700 missiles and bombers has been under threat since Washington began seeking update global security frameworks involving China - an idea that was rejected by both Moscow and Beijing. The two nuclear powers may avoid a new nuclear arms race if Washington and Moscow agree to extend the treaty, which is considered as the world's last tool in arms control.