Russian Navy To Get New Nuclear-Powered Submarine This Year 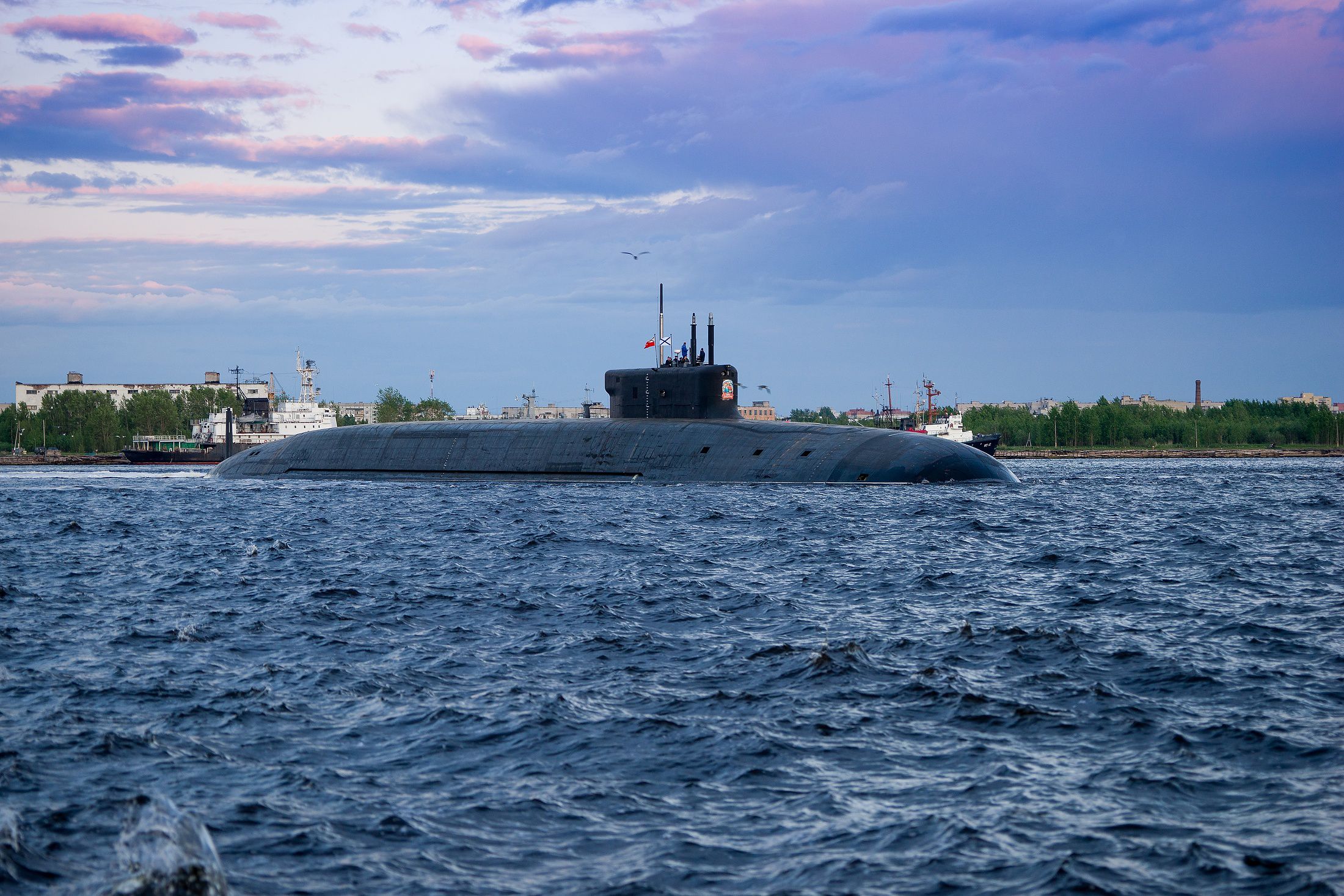 Knyaz Oleg is the fifth submarine to be built under the Borei project and the first series sub of the modernized 955A project. / Oleg Kuleshov

A new nuclear-powered ballistic missile submarine, known as Knyaz Oleg (Prince Oleg), is expected to enter service in the Russian Navy in December this year, following an acceptance-transfer act signed on June 28 at the Sevmash yard, Russia's largest manufacturer of nuclear-powered submarines.

"We plan to give the fifth Borei, "Knyaz Oleg," to the Navy this year, I think it should happen in December," RIA Novosti quoted President of United Shipbuilding Corporation (USC) Alexey Rahmanov as saying on Monday.

Knyaz Oleg is the fifth submarine to be built under the Borei project and the first series sub of the modernized 955A project. It is planned to deploy the fourth-generation submarine equipped with Bulava intercontinental ballistic missiles to the Pacific Fleet when delivered from the Sevmash shipyard in Severodvinsk – a port city in northwestern Russia on the White Sea.

Borei-A class submarines are fitted with four additional missile tubes, boast smaller hulls and cons, and feature improved acoustics and lower sound levels, making these submarines the quietest ever produced by Russia and outpacing anything produced by the Soviet Union.

The Project 955 and 955A submarines were developed by the Rubin Central Design Bureau of Marine Equipment, a part of the United Shipbuilding Corporation, USC.

Additional to Knyaz Oleg, three other subs are currently at different stages of construction at the Sevmash yard, including the Generalissimus Suvorov, the Emperor Alexander III and the Knyaz Pozharsky, each of which will be equipped with 16 Bulava missiles. It is planned to construct a total of 10 Borei-class submarines, both Project 955 and Project 955A, for the Russian Navy by 2027.

Knyaz Vladimir is being hailed as one of Russia’s most powerful Borei-A class strategic missile-carrying underwater cruisers, which has the capability of carrying 16 Bulava (RSM-56) intercontinental ballistic missiles. The new version is able to launch 96-200 hypersonic, independently maneuverable warheads, which can produce 100-150 kilotons each.

Russia is expected to use its Borei-A class boats to guard the Northern and Pacific Fleets, which would play a strategic role in Russia’s ability to protect itself and deal with a second strike, in the event of a nuclear war.

According to Mil.Press Flot, Russia’s navy currently includes 68 submarines, 20 which are diesel-powered and the remaining 48 being nuclear powered. The nuclear submarines, depending on the class, can carry either ballistic missiles or missile-torpedo armaments.