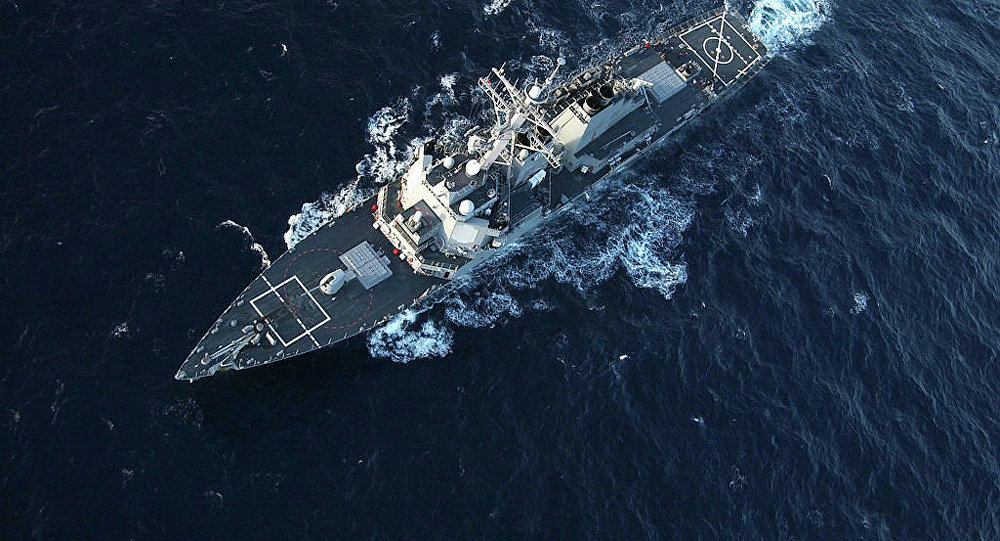 On January 19, the United States’ 6th Fleet commander officially announced that the Arleigh Burke-class guided-missile destroyer, also known as DDG 75, was en route to the Black Sea, “to conduct maritime security operations and enhance regional maritime stability, combined readiness and naval capability with our NATO allies and partners in the region.”

Tense relations between former Cold War foes have moved to the Black Sea, where the United States Navy has deployed a missile destroyer and Russia’s fleet there is carefully keeping watch. The American destroyer USS Donald Cook reportedly passed through the Bosporus Strait between Istanbul and entered the Black Sea on Saturday, according to a statement issued by Russia’s defense ministry.

On January 19, Commander Matthew J. Powel officially announced that the Arleigh Burke-class guided-missile destroyer, also known as DDG 75, was en route to the Black Sea, “to conduct maritime security operations and enhance regional maritime stability, combined readiness and naval capability with our NATO allies and partners in the region.”

“The United States and the U.S. Navy continue to stand alongside our allies and partners in support of shared regional interests and maritime stability,” said the commander, according to a press release ​​​​​​​issued by the United States’ 6th Fleet. “Our arrival into the Black Sea will showcase the Navy’s interoperability in pursuit of common security objectives in this region.”

A Federation Council member from Russia’s parliament, the Duma, Alexei Pushkov, questioned the reasons for the deployment of the destroyer. On Saturday, Pushkov posted a comment to his Twitter feed, stating that the entry of American warships into the Black Sea has nothing to do with U.S. security.

“The United States has increasingly abused the peacefulness of the Russian Federation, its wisdom, calmness and endurance of the leadership of our country,” RIA Novosti quoted Sheremet as saying on Sunday.

Sheremet sees the arrival of the American ship in the Black Sea as a provocation and called it an attempt to score points for what he sees as past failures at home and abroad.

“The U.S. authorities have discredited themselves on destinations in Syria and Afghanistan in the face of their own nation, as the country has suffered great reputational losses in the eyes of the entire world community,” Sheremet said. “Therefore, today they want to take revenge on the Ukrainian direction.”

The American ship is one of 65 Arleigh Burke-class guided-missile destroyers commissioned to the U.S. Navy. The 154-meter-long vessel, equal to the length of one and a half football fields, is equipped with long-range Tomahawk cruise missiles. Different versions of the ship are equipped with 56 or 96 such missiles, each with a firing range of up to 2,500 kilometers, respectively. The USS Donald Cook is being shadowed by Russia’s Pytlivy frigate and tracked using electronic and technical surveillance capabilities.

Along with frequent entry into the sea’s waters, Washington has steadily increased its presence in the Black Sea region with military exercises for NATO over the previous year. Russian authorities have repeatedly condemned such NATO actions as provocative, saying they increase the risk of military conflict in the region.