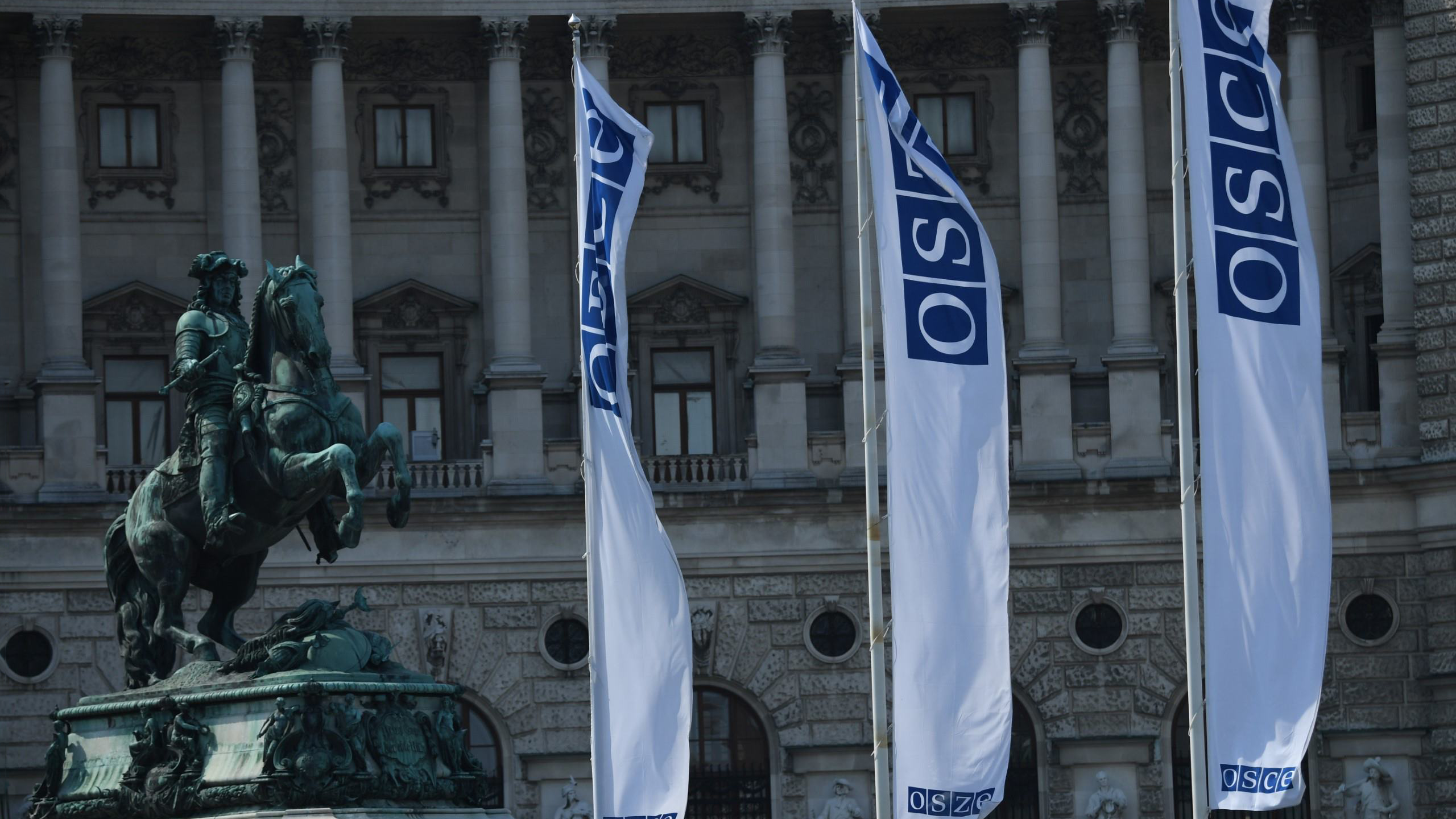 Diplomats from the US, France, and Russia have served as the Minsk Group’s co-chairs to spearhead international efforts to find a durable solution to what once was one of the most dangerous regional conflicts / Courtesy

Russian Foreign Minister Sergei Lavrov said the Minsk Group of the Organization for Security and Cooperation in Europe (OSCE), a format created to mediate peace negotiations between Armenia and Azerbaijan, ceased its activities.

Lavrov made the statement after the meeting with his Azerbaijani counterpart Jeyhun Bayramov on Friday.

“We did not discuss the OSCE Minsk Group as such because it has ceased its activities. It happened at the initiative of the American and French participants,” Lavrov said in a press briefing in Baku on June 24.

For his part, Minister Bayramov said the format of interaction between the co-chairs of the OSCE Minsk Group was utterly paralyzed starting from February 2022.

“In this situation, Azerbaijan’s position is that the priority for us is the issue of achieving long-term, lasting, and sustainable peace in the region. And from this prism, the process cannot be a hostage to the format. Of course, we cannot focus on a non-existent format,” Azerbaijan’s foreign minister stressed.

Jeyhun Bayramov said the Azerbaijani side did not refuse contact with the Minsk Group, adding that “we expected the Minsk Group to see their future role.”

In the early 1990s, the OSCE Minsk Group assumed the role of mediator in the conflict between Armenia and Azerbaijan over the latter’s Karabakh (Garabagh) region. Following the Soviet Union’s dissolution in 1991, Armenia launched a full-blown war against Azerbaijan, which ended in a ceasefire in 1994. The bloody war led to the occupation of 20 percent of Azerbaijan’s internationally recognized lands by Armenia. Over 30,000 ethnic Azerbaijanis were killed, and one million others were expelled from their lands in a brutal ethnic cleansing campaign conducted by Armenia.

At the height of the war in 1993, the United Nations adopted four resolutions demanding immediate and unconditional withdrawal of Armenia’s forces from the occupied lands. However, Armenia did not abide by the resolutions, dashing hopes for a political solution and simultaneously preparing for the next military phase of the conflict.

Diplomats from the US, France, and Russia have served as the Minsk Group’s co-chairs to spearhead international efforts to find a durable solution to what once was one of the most dangerous regional conflicts. Despite decades-long shuttle diplomacy conducted by the group co-chairs, negotiations remained dead in the water without any breakthrough.

On September 27, 2020, the Armenia-Azerbaijan conflict took a violent turn when Armenia’s forces deployed in occupied Azerbaijani lands shelled military positions and civilian settlements of Azerbaijan. During counter-attack operations that lasted 44 days, Azerbaijani forces liberated over 300 settlements, including the cities of Jabrayil, Fuzuli, Zangilan, Gubadli, and Shusha, from a nearly 30-year-long illegal Armenian occupation. The war ended with the signing of a statement on November 10, 2020, under which Armenia also returned the occupied Aghdam, Kalbajar, and Lachin districts to Azerbaijan.

Before the 2020 war, the Minsk Group’s unproductive activity repeatedly triggered a severe backlash from the Azerbaijani authorities. Shortly after the war, President Aliyev said the Group failed to resolve the conflict despite its internationally recognized mandate.

Recently, Azerbaijan’s president said it was time to “say goodbye” to the Minsk Group.

“Minsk Group is dysfunctional. Therefore, the attempts of revival are also counter-productive. I think the best way is to say goodbye to Minsk Group, not thank you and goodbye, but only goodbye, because 30 years is enough. It is time for retirement,” he said at an international conference in Baku earlier this month.

The fate of the Minsk Group was reportedly put under question by the mediating countries, namely the US and France, in April 2022. Back then, Washington and Paris rejected to continue cooperation with Moscow within the “troika” format due to the invasion of Ukraine. The decision also derailed Armenia’s attempts to involve the Group in the peace agreement talks with Azerbaijan.