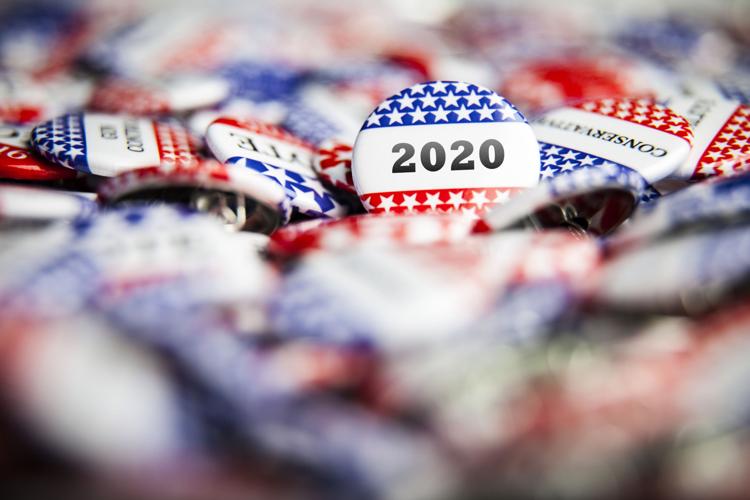 Americans have been on alert over Russia after the 2016 presidential election, when U.S. intelligence agencies identified Russia as having played some sort of role in influencing the outcome. / iStockphoto.com

The Russian embassy in Washington, D.C. protested against revived speculations over the alleged interference in the upcoming U.S. presidential election.

In a statement issued via its official Facebook page, the Russian diplomatic mission stated that the anti-Russian electoral rhetoric in the United States had already, “led to the unprecedented degradation of the bilateral relations.”

“It is especially striking how political forces in Washington are exploiting this myth for their opportunistic gain,” read the statement posted on Tuesday. “Making totally ungrounded and fictitious ‘Russia-linked’ allegations against each other is becoming a bad American political tradition.”

Americans have been on alert over Russia after the 2016 presidential election, when U.S. intelligence agencies identified Russia as having played some sort of role in influencing the outcome. And diplomatic relations between Washington and Moscow were already strained, thanks to a series of events, including the crisis in Ukraine in 2014.

Economic sanctions imposed by the Trump administration in 2017, called the Countering America's Adversaries Through Sanctions Act (CAATSA), and the withdrawal from the Intermediate-Range Nuclear Forces Treaty last year, only aggravated the relationship.

The embassy went on to explain that Russia does not interfere in the domestic affairs of other countries, and appealed to stop “playing blame-game,” reminding readers that both Russia and the United States are permanent members of the UN Security Council, bearing special responsibility for international peace and security.

“Constructive and pragmatic dialogue between our countries is crucial for the whole international community. We reaffirm our commitment to the substantive discussions with the U.S. on information security as well as other issues.”

Last week The New York Times reported that U.S. intelligence officials warned lawmakers in a private briefing that Moscow is once again engaging in election interference. Democratic presidential candidate Bernie Sanders, a senator from Vermont, promptly excoriated Russia after being briefed that the Kremlin was taking steps specifically to assist his candidacy.

According to some American media outlets, Russia may be trying to boost Sanders’ candidacy because the Kremlin sees him as someone Trump could defeat.

“The intelligence community has been very clear about it - whether Trump recognizes it not, or acknowledges it or not, they did interfere in 2016,” Sanders told reporters on Friday in Bakersfield, California, according to NBC News.

“What I say to Mr. Putin: If elected president, trust me, you will not be interfering in American elections.”

Meanwhile, President Donald Trump had a completely different reaction to the news. Trump replaced Joseph Maguire, the acting Director of National Intelligence, with his ambassador to Germany, Richard Grennell – a move interpreted as punishment meted out to intelligence officials for sharing politically inconvenient information with the U.S. Congress.

The Kremlin has denied all accusations of interfering in the 2020 U.S. presidential campaign to boost Trump's re-election prospects.

“These are more paranoid announcements which, to our regret, will multiply as we get closer to the election,” TASS quoted Kremlin spokesman Dmitry Peskov as saying on Tuesday. “They have nothing to do with the truth.”