Russian Embassy In Washington Dismisses US Accusations Over Role In Syria 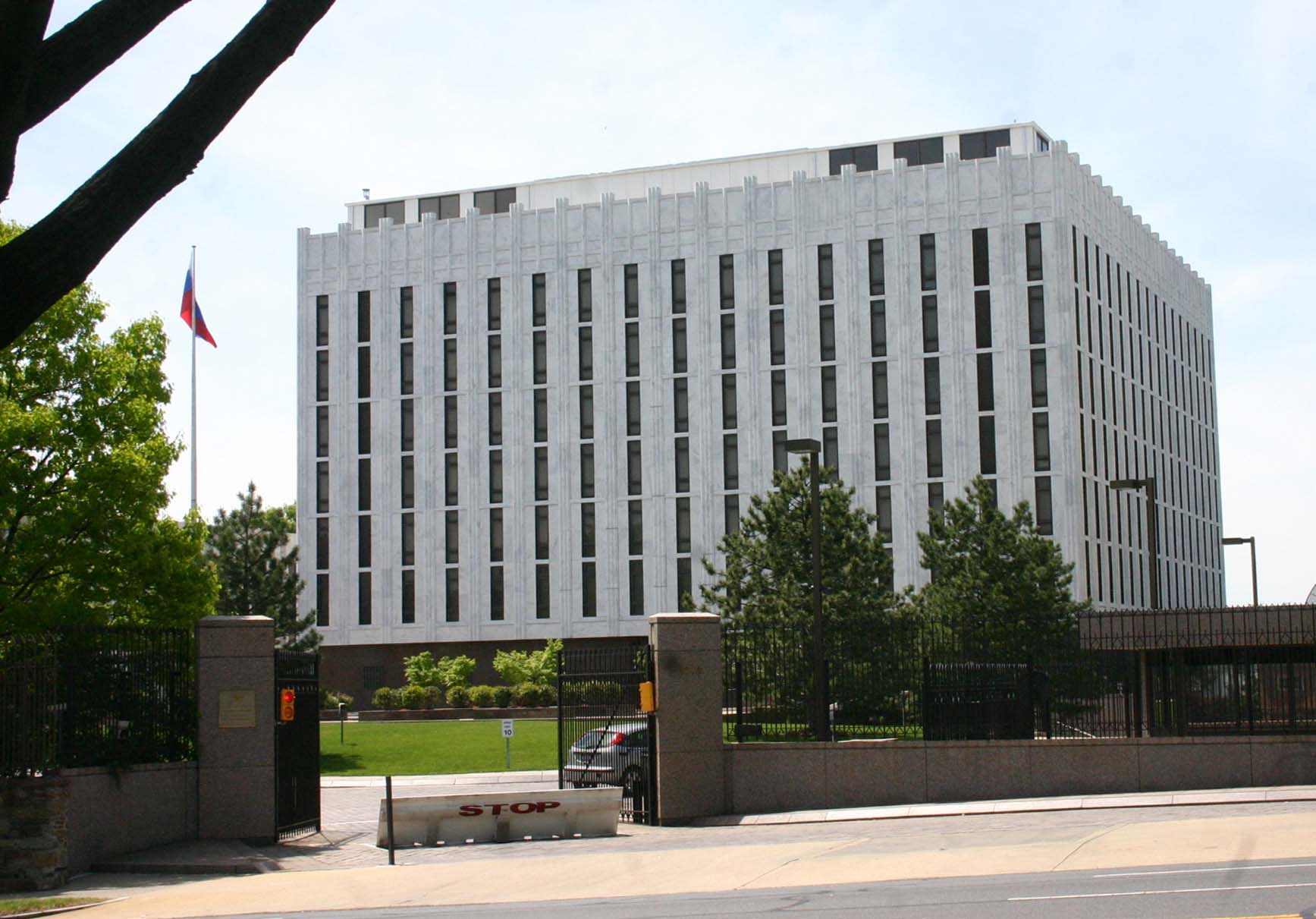 The Russian embassy in Washington fired back by questioning the military presence of American troops despite the fact that neither the Syrian government nor the United Nations Security Council gave authorization for such a move.

The rivalry between Russia and the United States in the Middle East continues to escalate as the countries exchange tense remarks over military presence in the region.

In a statement posted on its official Facebook page on Friday, the Russian embassy in Washington, DC. criticized the remarks of David Schenker, the State Department's top diplomat for the Middle East, who had said that Russia should leave Syria and described its role there as "destructive".

"In response to Assistant Secretary of State David Schenker’s blatant call for Russia to 'go out of the Middle East' we would like to remind: Russian military is stationed in Syria at the invitation of its government," the Russian diplomatic mission said in its statement.

Speaking in a video conference call at the Institute for the Middle East in Washington on Thursday, Schenker said that Russia’s presence in Syria and the Middle East was a "rough blunder" of the Obama administration.

"For 45 years, this has been the cornerstone of American politics – to keep Russia away from the Middle East," RIA Novosti quoted Schenker as saying. "We honestly believe that they should go out of there," he said.

Meanwhile, the Russian embassy in Washington fired back by questioning the military presence of American troops despite the fact that neither the Syrian government nor the United Nations Security Council gave authorization for such a move.

"The real question here: What are the grounds for the USA to occupy several swaths of this sovereign country? As far as we know none of them are legal. Neither the legitimate authorities nor the UN Security Council sanctioned American troops deployment," the Russian embassy said in the statement.

The rivalry between Moscow and Washington in the region worsened at a time when Russia announced its intention to cement its presence in Syria with additional military facilities in the war-ravaged country. Russia currently possesses two permanent military bases in Syria - Hmeimim Air Base in western Syria's Latakia province and a naval base at the port of Tartus on the Mediterranean Sea. In late May, Russia's President Vladimir Putin began talks with the Syrian government over transferring more real estate and water territory to the Russian military's possession.

Russia, a staunch ally of the Syrian government, launched a military air campaign in Syria in 2015 at the request of embattled Syrian President and ally Bashar Al Assad to help Damascus recapture parts of the country from rebels and fight terrorist organizations such as the Islamic State (IS). Due to Russia's military assistance, Assad's regime has won back control over most of the country and shored up its hold on power.

Since the start of the civil war in Syria, US and Russia have acted to protect their opposing interests in the country, with Moscow backing Assad and Washington supporting the opposition. Russia′s goals included helping Assad's regime retake territory from various anti-government groups that are labeled by the US and the American-led coalition in Syria as "moderate opposition".

Meanwhile, although the Trump government has withdrawn 2,000 US troops stationed in Syria, and made claims of a victory by the American-led coalition in Syria, about 500 American troops remain deployed in the Middle Eastern country with a mission to protect oil fields and help fight remnants of the Islamic State.