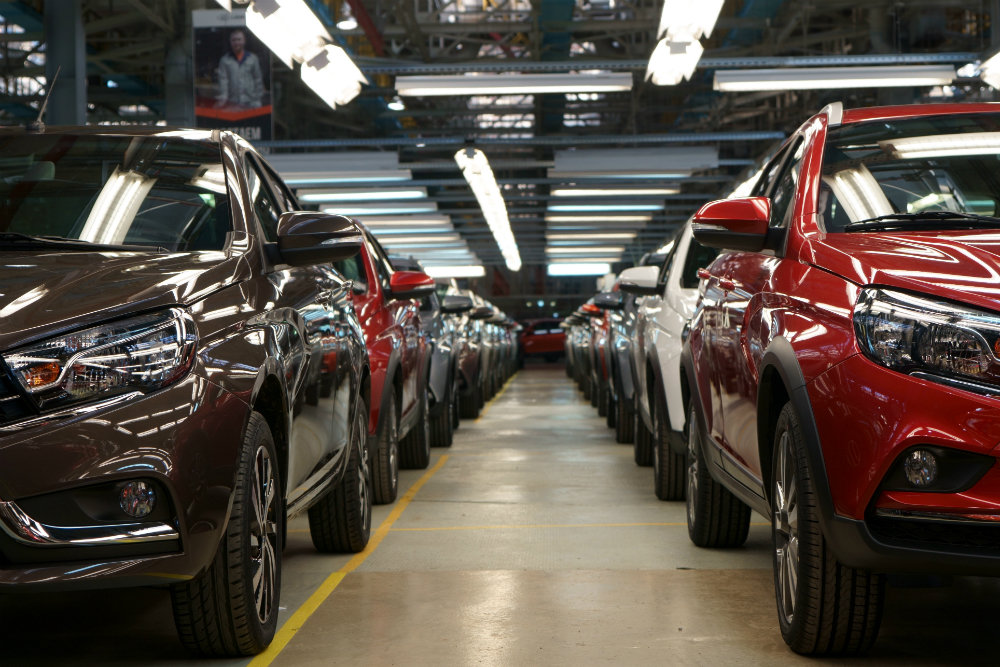 Due to the U.S. restrictions, Iran’s auto industry is facing very difficult times. Output by Iran Khodro and SAIPA has plummeted significantly, and many firms in the auto parts sector have been forced to shut down. / Alena Selezneva / TASS

The Russian automobile manufacturer AvtoVAZ is in talks with Iran over the sale and assembly of its cars in the country.

“Avtovaz has been assembling its cars in Egypt. Negotiations are underway with a number of other countries, such as Iran,” Viktor Kladov, the director of international cooperation and regional policy at Russia’s state corporation Rostec, told reporters on the sidelines of the Aero India 2019 exhibition on February 20, Rossiyskaya Gazeta reported.

According to Kladov, AvtoVAZ and KamAZ are currently active in foreign markets. KamAZ is now working in India, Pakistan, Iran and the United Arab Emirates, where 800 vehicles have been delivered. The company has already established joint ventures in Uzbekistan and Kazakhstan.

Export sales of the carmaker’s Lada brand grew by 57 percent, to 38,050 cars, last year. Sales of Lada are mainly aimed at the Commonwealth of Independent States countries, meaning former Soviet republics. Over 26,300 cars were sold in Kazakhstan, Belarus and Uzbekistan in 2018.

According to Avtovaz Vice President for Sales and Marketing Jan Ptacek, the cars were sold in 34 countries, including Turkey, Tunisia, Chile and Cuba. For the first time in 2018, Lada Vesta became the leader in export sales – comprising 30 percent of overall sales – whereas previously it was the Lada 4x4.

Prices have shot up in the Iranian car market again after a few weeks of relative stability, reaching unprecedented highs. The cheapest car in the local market, SAIPA’s Pride 131, is being sold for $3,700. Less than a month before it was available for $2,700. At this time one year ago, this small vehicle changed hands for 223 million Iranian rials – now up a solid 115 percent.

When French auto companies Renault and PSA Group (Peugeot and Citroen) started leaving Iran last year after the United States re-imposed sanctions, observers thought Chinese companies would rush to expand and take their place. However, official data shows otherwise. The number of cars made in Iran in collaboration with Chinese firms declined 9.9 percent during the months between the start of the Iranian calendar year (March 21, 2018) through December 2018, compared to a year earlier.

Established 15 years ago under the brand name Modiran Vehicle Manufacturing Co. (MVM), Chinese carmaker Chery offers a wide range of cars in Iran. Initially, its vehicles were offered with the MVM badge, and since 2015 its own logo is also used in Iran.

Due to the U.S. restrictions, Iran’s auto industry is facing very difficult times. Output by Iran Khodro and SAIPA has plummeted significantly, and many firms in the auto parts sector have been forced to shut down. After the new U.S. sanctions that went into effect after President Donald Trump pulled the country out from the Joint Comprehensive Plan of Action, better known as the nuclear deal, about 100,000 people lost their job in the Iranian auto industry.

The government will lend money to two local auto companies, Iran Khodro and SAIPA, to the tune of 40 trillion rials ($333 million). According to an agreement between the two main automakers and the government, 85 percent of the money is for paying part of the carmakers’ mounting debt to local parts makers. However, with pressure from the local auto parts supply chain, the struggling car companies agreed to use the entire 40 trillion rials ($333 million) to repay a part of their outstanding debt.

In an interview with Iran’s Mehr News Agency, the secretary of Iran Auto Parts Manufacturers Association, Maziar Beiglou, said that over the past four months automakers have not paid parts makers a dime. The two major car companies, Iran Khodro and SAIPA, “owe local parts manufacturers some 140 to 150 trillion rials ($1.16-1.25 billion).”