Russian Airline to Launch Flights from Moscow to Karabakh Region 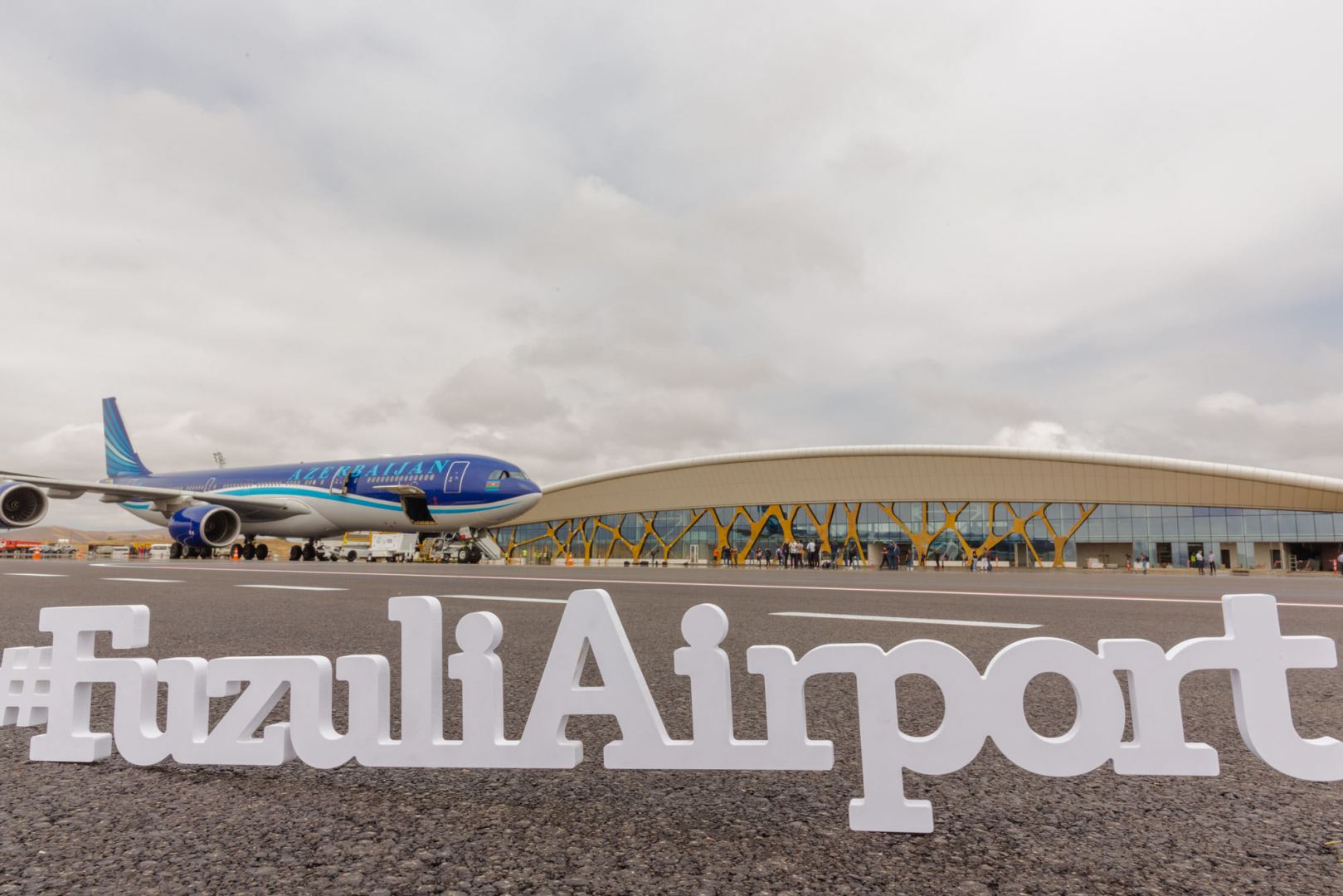 The top-notch airport in Fuzuli, the first of its kind in Azerbaijan’s liberated Karabakh region, came online on October 26, 2021 in Fuzuli, Karabakh, Azerbaijan / Trend News Agency

The Federal Air Transport Agency of Russia (Rosaviation) has issued a permit to one of the local airlines to operate flights to the Fuzuli International Airport in the Karabakh region of Azerbaijan.

According to the Agency’s decision, IrAero Airlines will conduct twice-weekly flights between Russia’s capital Moscow and the city of Fuzuli. The start date for the flights has not been defined yet. IrAero is the first overseas airline to use the services of the all-new airport of Azerbaijan.

The top-notch airport in Fuzuli, the first of its kind in Azerbaijan’s liberated Karabakh region, came online on October 26, 2021. President Ilham Aliyev and his Turkish counterpart Recep Tayyip Erdogan attended the inauguration of the air harbor, the ground for which was broken in early 2021, a few months after the city of Fuzuli was liberated from nearly three-decades-long illegal Armenian occupation. It has been constructed jointly by the Azerbaijani and Turkish companies within eight months.

Azerbaijani authorities are convinced that the Fuzuli International Airport will play a significant role as an “air gate of Karabakh” in the revival of the liberated territories of the country.

Azerbaijan's Karabakh (Garabagh) region fell under Armenia’s occupation in the early 1990s during a bloody war that lasted until a ceasefire deal was reached in 1994. As a result, Armenia occupied 20 percent of Azerbaijan’s internationally recognized territories. Over 30,000 ethnic Azerbaijanis were killed, and one million were expelled from those lands in a brutal ethnic cleansing policy carried out by Armenia.

On September 27, 2020, the decades-old conflict between the two countries intensified after Armenia’s forces deployed in the occupied Azerbaijani lands shelled military positions and civilian settlements of Azerbaijan. During the counter-attack operations that lasted 44 days, Azerbaijani forces liberated over 300 settlements, including the cities of Jabrayil, Fuzuli, Zangilan, Gubadli and Shusha, from nearly 30-year-long illegal Armenian occupation. The war ended in a tripartite statement signed on November 10, 2020, by Armenia, Azerbaijan, and Russia. Under the statement, Armenia also returned the occupied Aghdam, Kalbajar, and Lachin districts to Azerbaijan.

The Fuzuli International Airport has already been integrated into the global navigation network thanks to the ground-based VOR/DME navigation system installed by Azerbaijan Airlines (AZAL). The system allows transmission of radio call signals from the airport, which the European Organization for the Safety of Air Navigation, known as EUROCONTROL, has already registered and approved.

The airport’s runway, spanning 3,000 meters in length and 60 meters in width, already received the first passenger and cargo flight on September 5 and welcomed the first overseas travelers on September 27. The runway can receive all kinds of aircraft, including large cargo planes and small-sized private jets.

Currently, the district is being revived as part of the Azerbaijani government’s large-scale campaign to restore and reconstruct the liberated territories.

In the meantime, in addition to the Fuzuli International Airport, IrAero Airlines will operate flights to the Zagatala International Airport of Azerbaijan twice a week, as well. Rosaviation has also issued a permit to Severniy Veter (Nord Wind Airlines) for flights from Russia’s Black Sea coastal resort city of Sochi to Azerbaijan’s capital Baku seven times a week. The third Russian airline to launch flights to Azerbaijan is Azure Air, which will operate twice-weekly flights from the Russian cities of Samara, Rostov-on-Don, Krasnodar, Kazan to Baku.