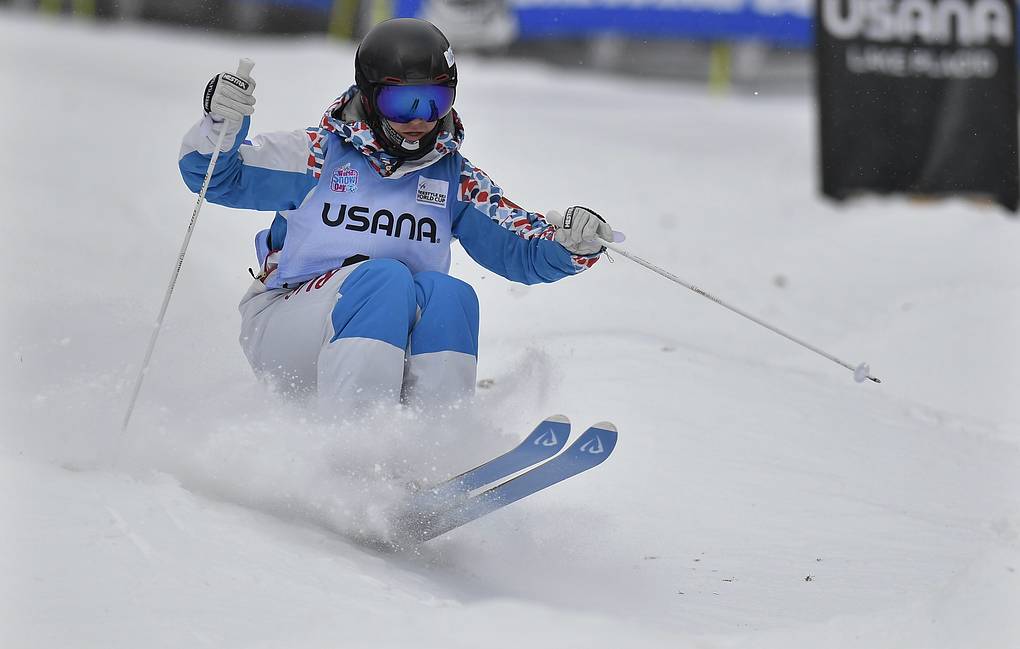 Smirnova kept it clean and smooth throughout the run to claim the gold medal with a final score of 83.08 points, becoming the third-youngest World Champion in the history of mogul skiing. / Hans Pennink / AP Photo

For the first time in its history, Russia has won the world championship gold in dual women’s moguls with an impressive performance of Russian freestyle skier Anastasia Smirnova at the 2021 FIS Freestyle Ski and Snowboarding World Championships.

On Tuesday, the 18-year-old freestyle skier, representing the Russian Ski Federation, earned her first World Championship gold for the best ever result of her burgeoning career surpassing her teammate Viktoria Lazarenko and Kazakhstan’s Anastasia Gorodko in the final. It was the second medal Smirnova bagged in two days. On Monday, she clinched bronze in the women’s moguls.

Smirnova kept it clean and smooth throughout the run to claim the gold medal with a final score of 83.08 points, becoming the third-youngest World Champion in the history of mogul skiing. Meanwhile, 17-year-old Lazarenko, who stormed through the Almaty course with an incredible pace won a silver medal with 84.51 points, after making a couple of mistakes in her turns through the middle section.

Competing on an average slope grade of 26 degrees over a course of some 660 to 890 feet (about 200 to 270 meters), the mogul skier is scored on speed, turn techniques and two mandatory upright jumps. Mogul courses include two small springboards, which are used as a take-off for aerial maneuvers. Athletes can perform upright or inverted tricks off these jumps in the course of a competition run.

The 2021 FIS Freestyle Ski and Snowboarding World Championship is hosted by a number of countries, namely Sweden (Idre), Slovenia (Rogla), Kazakhstan (Almaty) and the United States (Aspen). The moguls portion of the 2021 FIS Freestyle Ski World Championships was held in Almaty, Kazakhstan's largest city and former capital, from March 8-11. Almaty stepped in to host the competition in the aerials and moguls disciplines following Zhangjiakou's withdrawal as hosts due to China's Covid-19 restrictions.

This year, the country's athletes and team are competing under the flag of the Russian Olympic Committee (ROC) and the Russian Ski Federation (RSF) following a decision from the World Anti-Doping Agency (WADA), which banned the Caspian region's largest country from all major sporting events. The four-year ban for alleged tampering with data from a Moscow laboratory prohibits Russia from participating in the Tokyo 2020 Olympics this year, the Qatar 2022 football World Cup, and the 2022 Winter Olympics in Beijing.