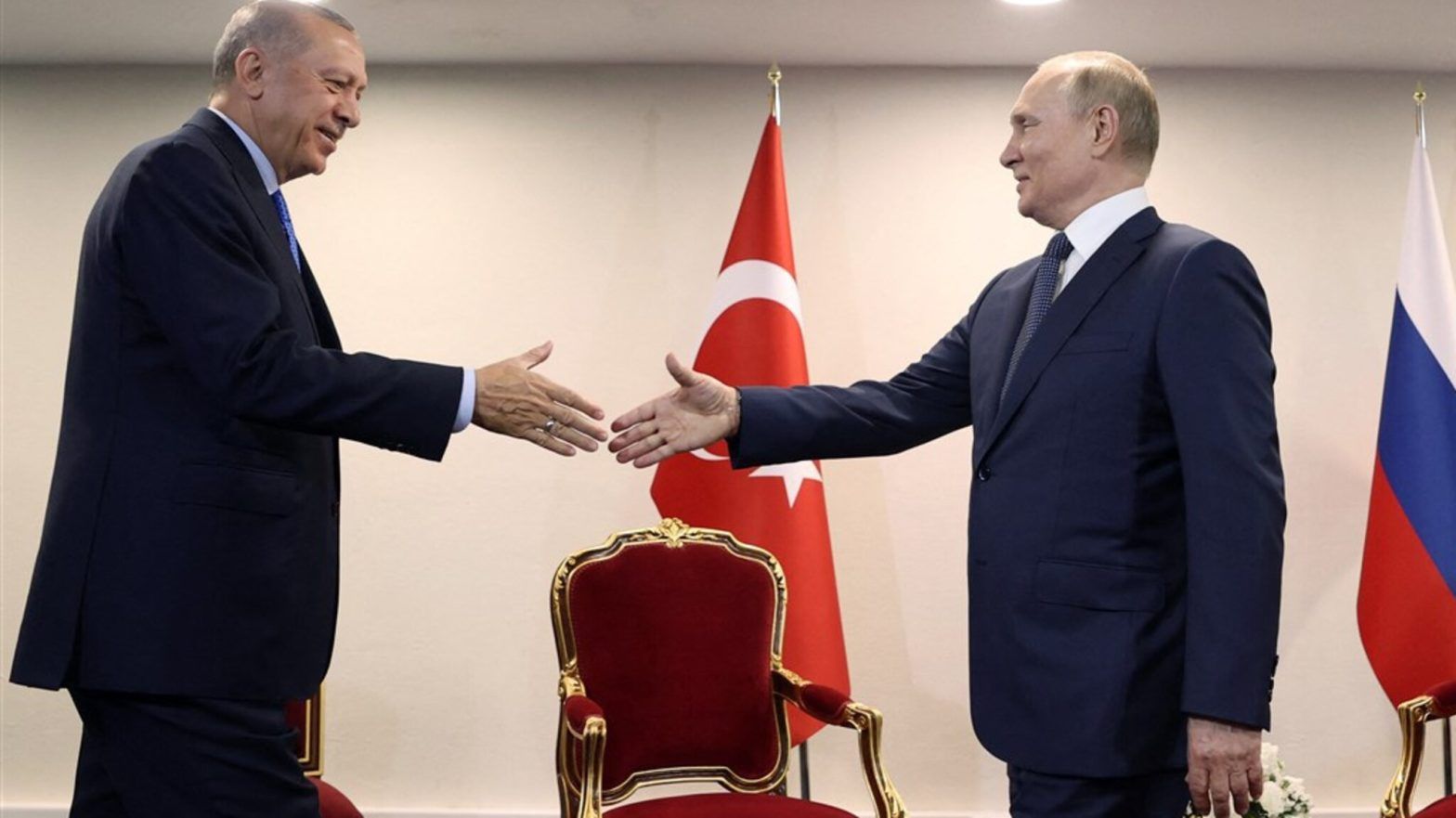 The statement was made after he met with Turkish President Recep Tayyip Erdogan in Tehran.

President Putin expressed his gratitude for the mediation efforts of his Turkish counterpart, who has sought to help negotiations to unblock Ukrainian grain stuck at Ukrainian ports, and proposed a plan to resume Ukrainian exports.

“We would facilitate the Ukrainian grain exports provided all the restrictions on the potential exports of Russian grain are lifted,” he told reporters on Tuesday.

“This is what we initially agreed upon with international organizations. They pledged to formulate this as a package solution. Nobody has so far raised any objections, including our American partners.”

Russia’s military intervention in Ukraine has hampered shipments from one of the world’s biggest exporters of wheat and other grain. The inability to export grain from Ukrainian ports has led to surging food prices, as well as fears of a global food crisis.

“As you know, the Americans have actually lifted restrictions, for example, on the delivery of Russian fertilizers to the global market. I hope this will also happen with regard to the export of Russian grain if they really want to improve the situation on the global food markets,” the president of Russia said.

Ukraine is a top grain supplier to dozens of developing countries. Last year, its grain exports totaled $12.2 billion, accounting for nearly a fifth of the country’s total exports. Prior to the war, Ukraine exported 98 percent of its cereals and oilseed via the Black Sea, at a rate of up to 6 million tonnes per month. But with the ports blocked and the railway system unable to cope with the extra volume, the country is currently only exporting between 1-1.5 million tonnes a month.

Ukraine and Russia are close to agreeing on a deal to secure the safe passage of millions of tonnes of grain through the Black Sea as delegations of the two countries are set to meet for face-to-face talks in Istanbul on Friday to discuss the matter. At the same time, the security of the ports and ships along the crucial export route remains a bone of contention between Kyiv and Moscow.

Meanwhile, President Putin’s visit to Iran was intended to deepen ties with regional heavyweights amid sanctions imposed over its invasion of Ukraine.

It has been the Russian president’s second trip abroad since he launched what he calls a “special military operation” in Ukraine on February 24. Vladimir Putin held talks with Iran’s President Ebrahim Raisi and Turkish President Recep Tayyip Erdogan about the pressing issues, including the conflict in Syria and the UN-backed proposal to resume exports of Ukrainian grain to ease the global food crisis.

As the West tightens the screws on Russia through severe sanctions that have crippled the country’s economy and penalized its government officials and their family members, President Putin is seeking to bolster ties with Tehran, which has also been facing Western economic sanctions over its nuclear program.