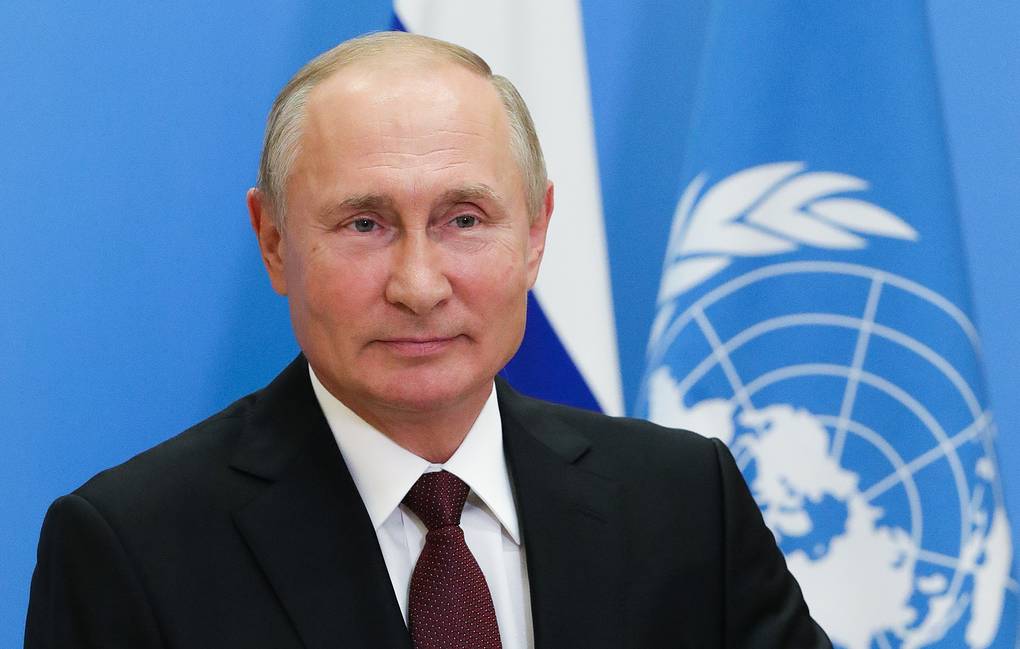 With the demise of the Intermediate-Range Nuclear Forces (INF) Treaty in August last year and most recently the Open Skies Treaty, the world has been on the brink of a new nuclear arms race. / Mikhail Klimentyev / TASS

During his speech at the 75th United Nations General Assembly on Tuesday, Russian President Vladimir Putin stressed the importance of a prompt agreement on the extension of the New Strategic Arms Reduction Treaty, the Russian-US nuclear arms control deal, which is due to expire in February 2021.

"The issue of primary importance that should and must be promptly dealt with is, of course, the extension of the Russia-US Strategic Arms Reduction Treaty, which will expire shortly, i.e. in February 2021," President Putin said to UN General Assembly participants in his pre-recorded video address, the official website of the Russian president reported. "We are engaged in negotiations with our US partners on the matter."

With the demise of the Intermediate-Range Nuclear Forces (INF) Treaty in August last year and most recently the Open Skies Treaty, the world has been on the brink of a new nuclear arms race. US President Donald Trump's move to reject Russia’s offer to extend the only remaining nuclear arms control treaty by five years was seen a set back for negotiations. For years, President Trump and his advisers have floated the idea of pursuing a three-way nuclear arms agreement involving China.

As the world's last major arms control pact nears its end with no agreement yet concluded, Putin is calling for mutual restraint with regard to deploying new missile systems, hoping that Washington will follow Russia’s example and declare and enforce a moratorium on the deployment of short- and intermediate-range nuclear missiles.

"I would like to add that as early as last year, Russia declared a moratorium on deploying ground-launched medium and short-range missiles in Europe and other regions as long as the United States of America refrains from such actions," Putin said, adding that such reciprocal steps would provide a sound basis for launching a serious, profound dialogue on the entire range of factors affecting strategic stability. "Unfortunately, we have not received any reaction to our proposal from either our US partners or their allies."

Along with nuclear arms control, space security issues have an important role to play in negotiations on non-proliferation between the two countries. The rapid development of new space technologies, rivalries among the world's big three space powers - the US, Russia, and China - has raised concerns over possible "weaponization" of the final frontier.

In his video message to the UN General Assembly, Putin promoted the idea of signing a deal that would help Moscow and Washington avoid the armed conflict in outer space.

"Russia is putting forward an initiative to sign a binding agreement between all the leading space powers that would provide for the prohibition of the placement of weapons in outer space, threat or use of force against outer space objects," Putin said.

The Chinese official expressed a growing concern that the U.S. is determined to ensure space dominance through the creation of air force and space commands and intensification of the militarization of outer space.