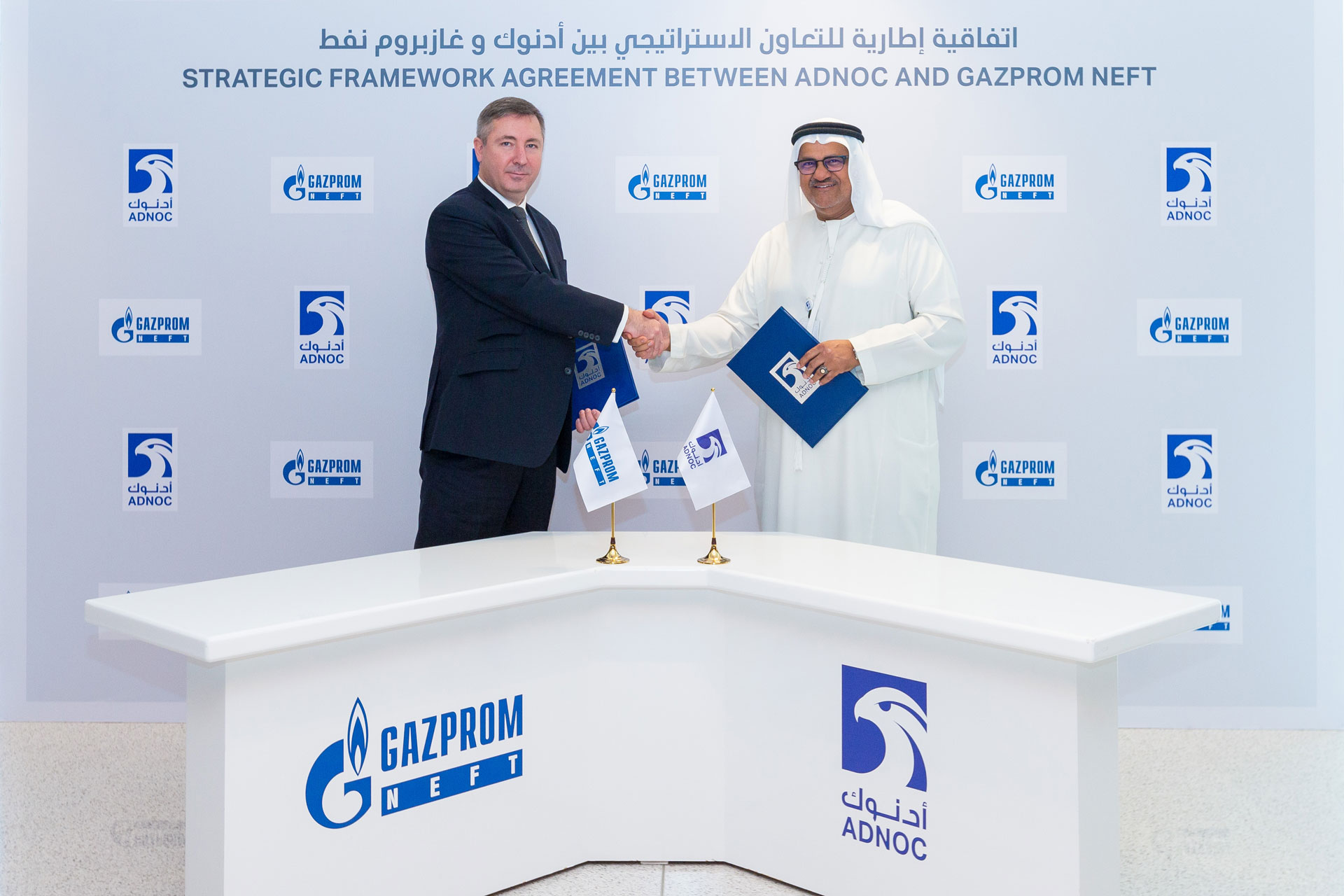 The agreement inked this week is expected to bring together what are two leading energy producers to collaborate in areas of mutual strategic importance and reinforce bilateral relations between the UAE and Russia.

Russia’s energy cooperation with the countries of the Middle East has dominated headlines this week, as President Vladimir Putin was in Riyadh for his first state visit to Saudi Arabia and the United Arab Emirates (UAE) in more than a decade.

“Under the agreement, the partners will study the prospects for interaction in the areas of exploration and production of sour gas, improving methods for increasing oil and gas recovery and innovative technologies for studying carbonate reservoirs,” read a statement published on Thursday to Gazprom Neft’s official website.

The UAE's state-run ADNOC is one of the world’s largest energy producers, producing nearly three million barrels of oil and over 9.8 billion cubic feet of raw gas per day. The agreement inked this week is expected to bring together what are two leading energy producers to collaborate in areas of mutual strategic importance and reinforce bilateral relations between the UAE and Russia.

“A comprehensive agreement with Gazprom Neft is a natural step in developing close and deep bilateral relations between the UAE and Russia,” ADNOC Upstream Executive Director Abdulmunim Saif Al Kindy said in the statement.

“It serves as the foundation for strengthening and expanding strategic cooperation in the energy field between our countries.”

Gazprom Neft, a subsidiary of Gazprom, is primarily engaged in oil and gas exploration and production, refining and the production and sale of petroleum products. It is one of the world’s top ten public companies by proven liquid hydrocarbon reserves, and a global leader in its rapidity in reserves replacement.

The company’s resource base of 2,781 million tons of oil equivalent (mtoe) total proved and probable (2P) hydrocarbon reserves, including the company’s equity-participation interests in reserves owned by affiliated companies, excluding Serbian subsidiary NIS, places Gazprom Neft among the world’s largest oil companies. Gazprom Neft’s development strategy until 2020 is to increase hydrocarbon production volumes to 100 mtoe per year, and to continue expanding production to 2025.

Putin’s first state visits to Saudi Arabia and the UAE since 2007 demonstrate continuing warming ties between Russia and the two Gulf States, which were traditionally western allies with little ties to Moscow during the Cold War and which, until recently, maintained relatively modest trade links.