Russia, Turkmenistan Team Up To Boost Tourism Via The Caspian Sea 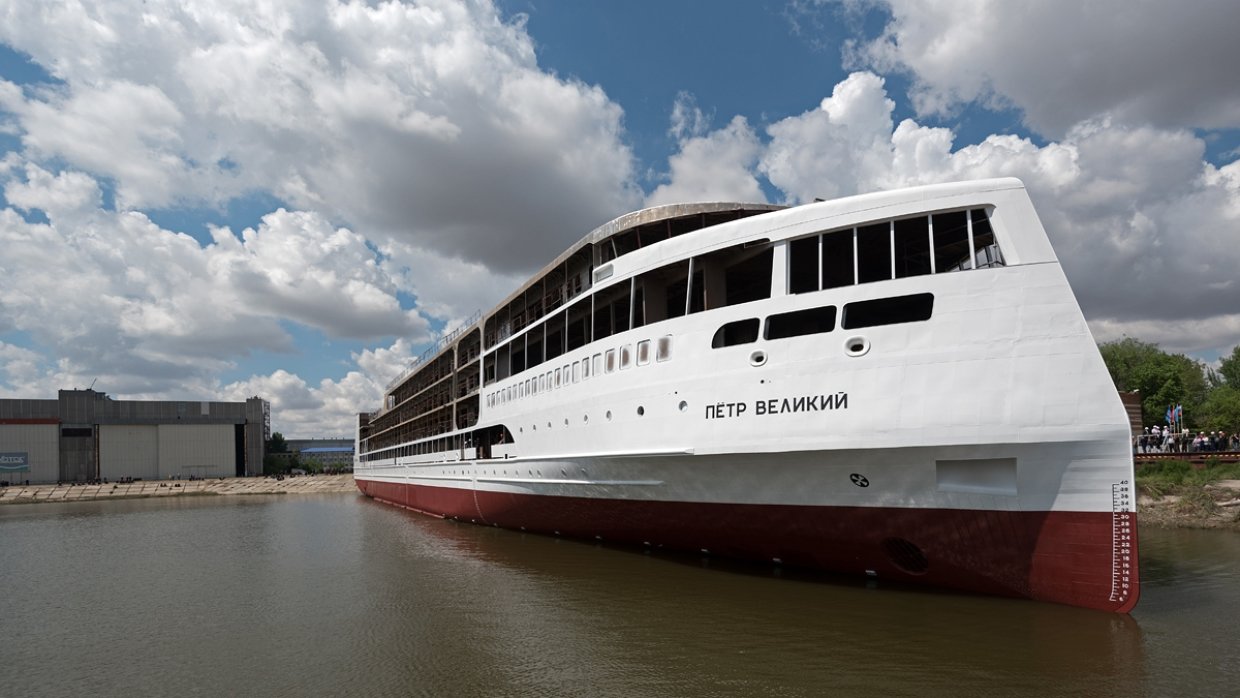 In 2017, Azerbaijan Caspian Shipping Company (ACSC) and the Moscow River Shipping Company (MRSC) signed a memorandum to cooperate in the Caspian region, collaborating on the use of the Russian cruise ship “Peter the Great.”

Officials from Russia and Turkmenistan have agreed to establish a tourism service via the body of water that separates their borders – the world’s largest lake, the Caspian Sea, by 2020.

According to Igor Babushkin, an acting governor of Russia’s southern region of Astrakhan, the two countries are planning to organize cruise tours that will include some of the most popular destinations located along Russia’s and Turkmenistan’s coastlines.

“Some option for routes planned [to be launched] in 2020 are already developed, including the main one from Astrakhan along the Caspian Sea with a visit to ports in Aktau, Turkmenbashi, Baku, and Makhachkala,” Babushkin said Monday in an interview with RIA Novosti.

Officials from both sides are now one step closer to signing a contract, as they are waiting for Turkmenistan’s government to assign a tour operator that will organize leisure package tours for cruise ship passengers during their stay in Turkmenistan. Russia’s Mosturflot Cruise Company is expected to organize the same activities along Russia’s share of the Caspian Sea. Officials in Mosturflot are planning to organize three cruise tours along the Caspian Sea in 2020, with tourist flow expected to reach more than 1,000 travelers.

Meanwhile, Babushkin believes the other Caspian littoral states may join the ambitious project.

“I am sure that both Iran and Azerbaijan will enthusiastically support the idea of ours and the possibility of launching cruise service,” he said.

Babushkin’s recent statement comes after the inaugural Caspian Economic Forum, which lasted from August 11-12 and saw more than 1,500 foreign officials and private sector professionals representing nearly 30 international organizations, in Avaza, a coastal resort city in Turkmenistan. The gathering brought together high-ranking officials from the Caspian littoral states, including Russia’s Prime Minister, Dmitry Medvedev, who claimed that the Caspian coastline can welcome at least 1 million tourists annually. At the same time, he said he believes local infrastructure should be developed to achieve such figures.

Back in 2002, Russia and Turkmenistan launched a ferry service connecting Makhachkala and Turkmenbashi but it was halted in less than a year due to what was explained as low demand.

The talks about cruise tours across the Caspian Sea are nothing new for the region. In 2017, Azerbaijan Caspian Shipping Company (ACSC) and the Moscow River Shipping Company (MRSC) signed a memorandum to cooperate in the Caspian region, collaborating on the use of the Russian cruise ship “Peter the Great.” The first cruise tour was scheduled for the summer of 2019, but Mosturflot was forced to postpone the launch for another year due to delays in construction of the ship.

Once launched, the cruise tour will become the first of its kind and will last 11 days, linking Baku (Azerbaijan), Bandar Anzali and Nowshahr (Iran), Turkmenbashi (Turkmenistan), Aktau (Kazakhstan), and Russia’s cities of Astrakhan, Makhachkala, and Derbent.

“We are planning to organize a number of cruise tours across the Caspian Sea in the period until the fall of 2020, and by winter to transfer the ship to Sochi, where it will most likely operate as a floating hotel,” said Alexander Filimonov, spokesman for the Mosturflot, according to reports by Sputnik.