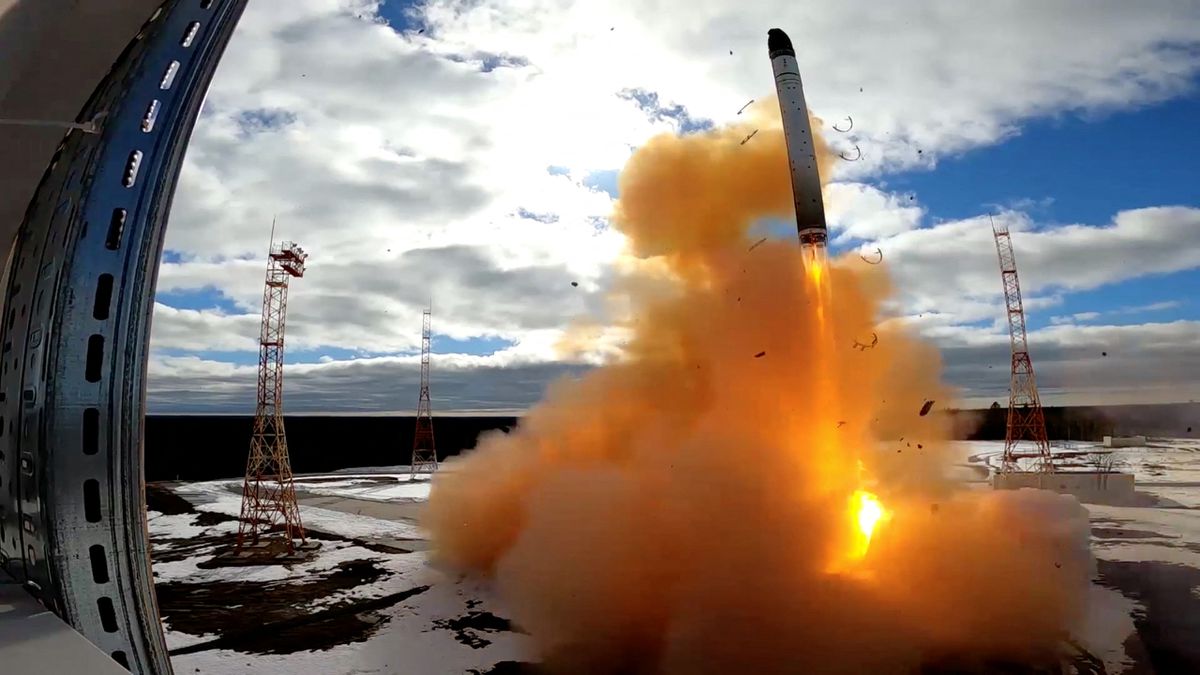 Russia is gearing up to upgrade its nuclear arsenal with the newly-tested Sarmat intercontinental ballistic missile (ICBM), which can mount atomic strikes anywhere across the globe.

“Overall, we will have 46 Sarmat strategic combat systems that will enter service in those silos where Voyevoda missiles are operational,” Rogozin said, referring to the Soviet-era missiles to be replaced by Sarmat.

He further said that flight trials of the cutting-edge missile systems would continue this year. Serial production of Russia’s newest heavy long-range missiles has already been deployed to equip the first regiment of the Uzhur rocket division in the Krasnoyarsk region of Siberia, about 3,000km (1,860 miles) east of Moscow. The first Sarmat ICBM is expected to enter service in late 2022.

On April 20, Russia test-launched Sarmat from Plesetsk cosmodrome on the edge of the Russian Arctic, which Russian President Vladimir Putin said would make Russia’s enemies “think twice.” Moscow’s test launch of the next-generation Sarmat ICBM came amid an extreme geopolitical tension between Russia and the West over the ongoing war in Ukraine.

While announcing the invasion of Ukraine on February 24, Putin made a pointed reference to Russia’s nuclear forces and warned the West that any attempt to get in its way “will lead you to such consequences that you have never encountered in your history.” As tensions mounting, Putin ordered to put the country’s nuclear deterrence forces on high alert, upping fears of potential nuclear war and prompting strong condemnation from the United States.

Once operational, the RS-28 Sarmat will replace the Soviet-era Voyevoda missiles known as SS-18 Satan by the NATO designation. The Sarmat, nicknamed the “Satan II” in the West, could carry ten and possibly more independently targeted nuclear warheads with a range of up to 18,000 kilometers (11,185 miles) - far enough to reach the continental US. It also could reportedly carry a hypersonic glide vehicle to deliver those warheads.

Earlier last week, Rogozin claimed that Sarmat would be much more powerful than other strategic weapons, including the US-made Minuteman-III, an ICBM with a maximum range of 13,000 km, and the capability of carrying a payload of three reentry vehicles.

“This is a missile that is much more powerful than other strategic weapons, including the Minuteman-III missile, which is in service with the United States. Both in terms of global reach and the power of warheads that can be delivered to the territory of an aggressor,” Rogozin said in an interview with Rossiya 24 TV channel.

Russia owns the world’s largest nuclear weapons stockpile, with an estimated 6,257 warheads. Moscow reserves the right to use nuclear weapons in two cases: in response to a nuclear attack or the use of weapons of mass destruction against Russia or its allies or if the existence of the Russian state is threatened.