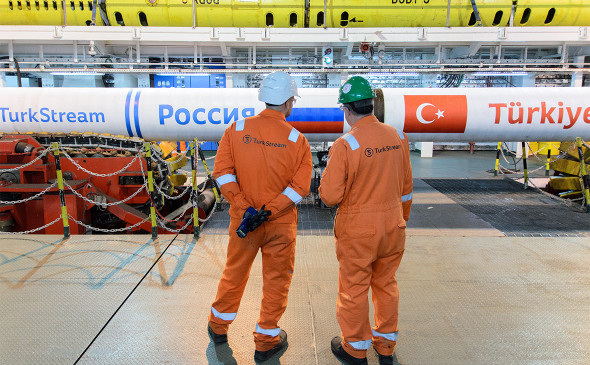 Hungary will start receiving Gazprom’s gas via TurkStream, a pipeline running from Russia to Turkey across the Black Sea, and the pipelines of southeastern Europe beginning from October 1, 2021.

Gazprom Export, a subsidiary of Russia’s state-owned Gazprom, will supply Russian natural gas to Hungary, bypassing the traditional transit route through Ukraine for the next 15 years.

According to the company statement, Hungary will start receiving Gazprom’s gas via TurkStream, a pipeline running from Russia to Turkey across the Black Sea, and the pipelines of southeastern Europe beginning from October 1, 2021. The contracts envisage supplies of up to 4.5 billion cubic meters (bcm) of gas annually, of which 3.5 bcm will be transported through Hungary’s interconnector with Serbia and 1 bcm — via the pipeline running from Austria.

“An important component of the new arrangements is the diversification of supply routes,” said Alexey Miller, Chairman of the Gazprom Management Committee.

“This was made possible to a large extent through the efforts of Bulgarian, Serbian and Hungarian companies in charge of developing the national gas transmission systems,” he added.

The agreements cover the period of 15 years with an option to modify delivery volume after 10 years. The new contracts will replace the gas supply agreement between Gazprom Export and the Russian-Hungarian joint venture Panrusgaz, signed in 1996 and extended through 2021 after its expiration in 2016.

TurkStream, inaugurated in 2020, is the 930-kilometer (559-mile) gas pipeline from Anapa to Kiyikoy in northwestern Turkey with an estimated throughput capacity of 15.75 billion cubic meters (bcm) per year for each of its two lines called strings. One string is designed to deliver Russian gas to Turkish consumers, while another is designed to supply gas to the countries of southern and southeastern Europe.

Since 2017, Hungary has been seeking to link its national gas grid with TurkStream as an alternative for the transit route through Ukraine. This move was caused by gas supply interruptions amid the growing tensions between Kyiv and Moscow.

Meanwhile, the long-term gas supply agreements between Russia and Hungary have raised concerns in Kyiv. The government of Ukraine is worried that Moscow could stop gas supplies through its territory, leaving it without transit revenues.

Ukraine’s Foreign Ministry said in a statement that Hungary’s agreements with Gazprom “hurt Ukraine’s national interests” and is a “political, not economically justified decision that’s been made to please the Kremlin.” The statement further reads that the country will ask the European Commission to assess whether the contracts run afoul of European energy rules.

Hungarian Foreign Minister Peter Szijjarto, in turn, dismissed Kyiv’s statement, calling it “interference” into domestic affairs. In the press conference after the signing ceremony, Szijjarto said the deal is about economics and national security, not politics.