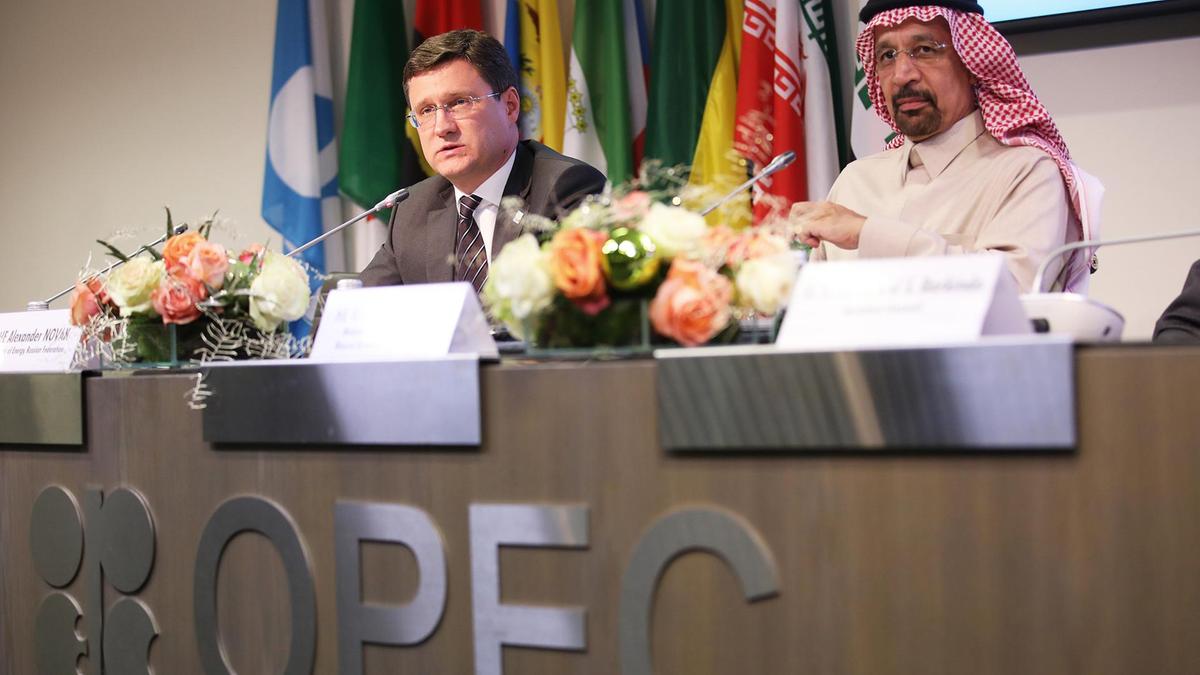 Under a deal reached between the Organization of the Petroleum Exporting Countries (OPEC) and non-OPEC oil-producing nations, commonly referred to as OPEC+, on Thursday, Russia will increase oil production by a total of 114,000 barrels per day (bpd) between May and July.

In an interview with the Russian public broadcaster Russia 24, Alexander Novak, the Russian Deputy Prime Minister who co-chaired the 15th OPEC and non-OPEC Ministerial Meeting (ONOMM) said that the OPEC+ oil alliance, reached an agreement to evenly ease output cuts starting from May.

"As for Russia, as you know, in the previous month, some decisions were made that allowed us to partially restore production from our quota, we have the remainder of 114 thousand barrels per day, and we also equally, together with all countries, use recovery of this production within three months," Kommersant newspaper quoted Novak as saying after the 15th ministerial meeting.

Novak also noted that OPEC members, led by Saudi Arabia, and non-members, led by Russia, have been meeting monthly to determine production levels, meaning that there will be a possibility for the group to reverse course if necessary at future meetings. In fact, the next monthly meeting of OPEC+ producers to review output policy is scheduled for April 28.

Following consultations via video conference, a group consisting of some of the world’s most powerful oil producers decided to collectively ease output cuts in the coming months, which currently stands at over 7 million bpd. Starting in May, the group will produce an additional 350,000 barrels per day, with another 350,000 expected to come on the market in June, while in July, output will be increased by 450,000 bpd. Over the same period, Saudi Arabia will gradually roll back its voluntary oil output cut of 1 million bpd, adding 250,000 bpd to its production in May, 350,000 bpd in June and 400,000 bpd in July.

Meanwhile, Russia - along with its neighbor Kazakhstan - the only two OPEC+ members granted quota increases since January by a combined 75,000 barrels a day - will see their ceilings increase by a respective 39,000 bpd and 6,000 bpd in both May and June, and by 38,000 bpd and 6,000 bpd in July, following the agreement reached at Thursday's ministerial meeting.

Last year, the world’s energy superpowers reached a historic agreement to temporarily cut oil production in an effort to stabilize a market hit by the worst of the pandemic recession, which sapped demand for fuel. OPEC and allied outside the cartel agreed to cut a record 9.7 million barrels a day from the market through deliberate cuts from May to the end of July. Under the deal, output reductions were eased to 7.7 million bpd for the August-December period. Originally, output cuts of 5.8 million bpd were planned in January 2021 and were set to remain at this level until the end of April 2022. However, in early December, OPEC+ agreed to increase production by 500,000 barrels per day in January, easing production cuts from 7.7 million bpd down to 7.2 million bpd.

As part of the deal, the world's second-largest oil exporter Russia pledged to slash its production to 8.5 million barrels a day in May and June 2020, or by around 2 million barrels a day from a February 2020 baseline. Russia’s output quota has risen gradually throughout the year, even as rising coronavirus cases threaten oil demand.

While Europe is suffering from a third lockdown and the fragile oil market, the situation in Russia is slightly different. Mass vaccination and lighter coronavirus restrictions have driven domestic gasoline and diesel demand in Russia beyond pre-pandemic levels already in early March, which allowed Russia to secure an easing of its production quota by 130,000 bpd for April.

The largest oil producer in the Caspian region currently holds 80 billion barrels of proven oil reserves, or 4.8 percent of the world’s total oil reserves. Natural gas and crude oil are Russia’s main exports and the country has the largest known natural gas reserves of any state on earth, with more than half of them located in Siberia. Over 70% of the country's reserves are currently held by Gazprom, a state-owned company.