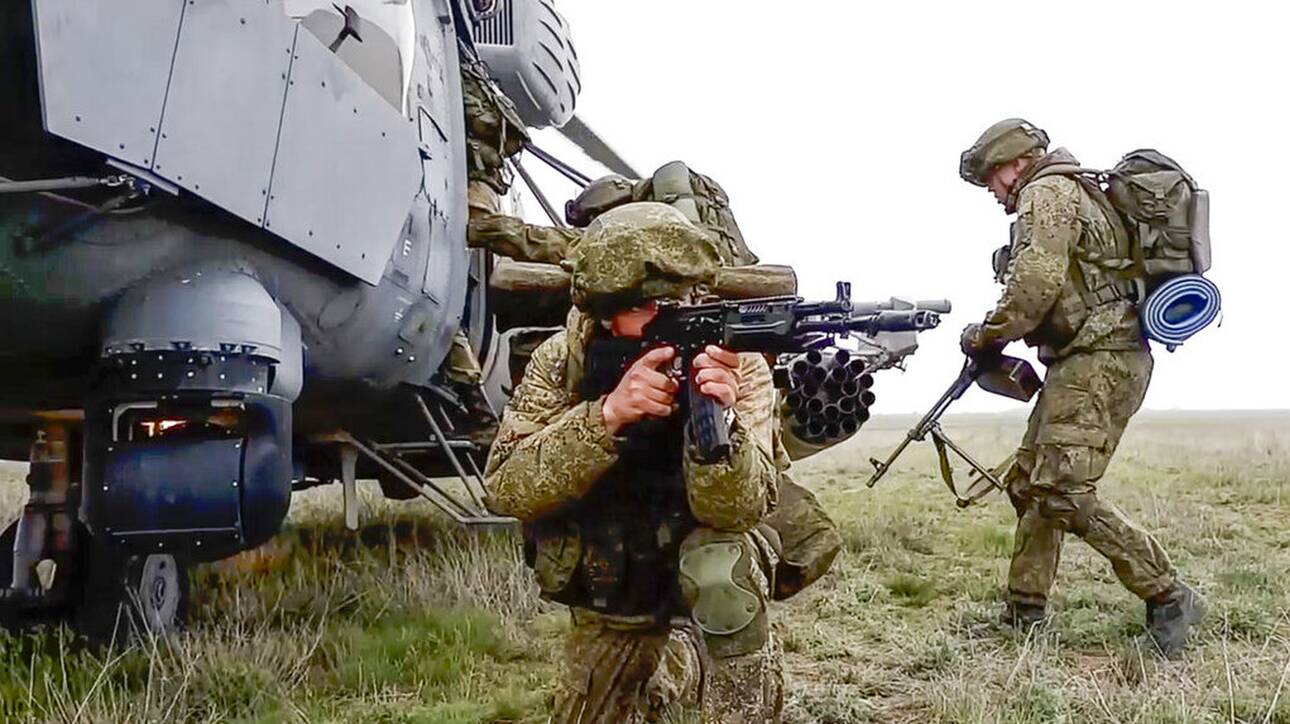 As part of the drills, the forces will polish joint military efforts against illegal armed formations that intervene in the territory of an ally country. / AP

On Monday, Colonel-General Alexander Lapin, Russia’s Central Military District Commander, announced that Russia would stage military drills with Tajik and Uzbek troops. The joint exercises will be held on August 5-10 at the Harb-Maidon training ground in Tajikistan, 20 kilometers from the border with Afghanistan.

As part of the drills, the forces will polish joint military efforts against illegal armed formations that intervene in the territory of an ally country.

According to the press office of the Central Military District, the Russian military contingent involved in the drills would mainly comprise units of the 201st military base stationed in Tajikistan, including mountain motor rifle, tank and artillery troops, and also groups of special operations force of the Central Military District. Russian radiation, chemical, and biological protection troops and mobile electronic warfare groups will also participate in the exercises.

The 201st Military Base stationed in Tajikistan is considered the largest force of the Russian Armed Forces based in a foreign country, with about 7,000 troops, 96 tanks, eight helicopters, five ground attack aircraft, and many other military pieces of equipment. The former Soviet base, formerly known as the 201st Motor Rifle Division, remained under Russian control after the collapse of the Soviet Union and through the Tajik Civil War. In 2013, Moscow’s military presence in Tajikistan, previously set to expire in 2014, was extended through 2042.

Meanwhile, Russian military officials have also announced joint military maneuvers with Uzbek forces in Termez, involving around 1,500 troops and 200 vehicles. The drills are scheduled to take place from July 30 to August 10.

The announcement comes after the Taliban group has intensified attacks across Afghanistan and significantly broadened the territory under its control over the past two months amid the hurried departure of US-led troops from the country. The Taliban is now believed to control roughly a third of all Afghanistan’s 421 districts and district centers. Many of the cities captured by the Taliban are in the north of the country, in provinces bordering Afghanistan’s Central Asian neighbors. In late June, the Taliban captured several districts of Balkh province near Mazar-e Sharif and the border with Uzbekistan.

Officials in Moscow have repeatedly condemned the United States for the failure of its mission in Afghanistan.

Russian Security Council Secretary Nikolai Patrushev said last month that the withdrawal of the US and NATO military contingents from Afghanistan might contribute to the increase in the terrorist activity of ISIS and Al Qaeda. At the same time, Patrushev reminded that the production of drugs, “a powerful resource base for terrorists,” had increased more than 40 times during the Western military presence there.

The Kremlin is interested in helping safeguard the borders of its former Soviet allies in Central Asia, as authorities in Moscow are concerned that terror threats emanating from Afghanistan can end up on Russia’s doorsteps.

Russia assists Tajikistan in equipping the country’s armed forces and strengthening its borders. In addition, Russia routinely conducts counter-terrorism drills in Tajikistan and other countries across Central Asia. In 2017, Russia and Tajikistan held joint exercises near the Tajik-Afghan border, which involved nearly 2,000 Russian military personnel and 50,000 Tajikistani troops. Tajikistan and Russia share membership in the Collective Security Treaty Organization (CSTO) and the Shanghai Cooperation Organization (SCO).