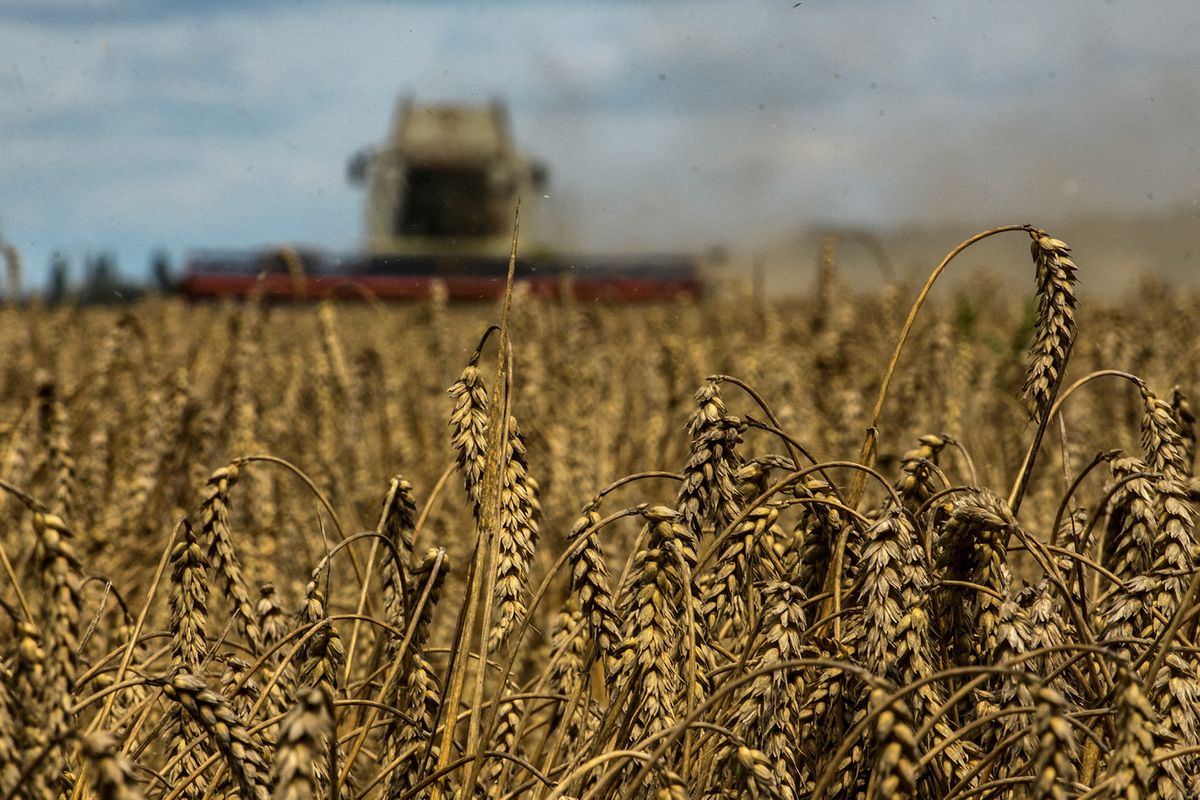 The shipment via the Black Sea resumed in early August after ministers from Ukraine and Russia each inked separate but identical grain-and-fertilizer export agreements in Istanbul on July 22.

Russia has signaled its readiness to withdraw from a landmark deal that would have allowed Ukrainian grain exports to resume through the Black Sea.

In an interview with Reuters, Gennady Gatilov, Russia's ambassador to the United Nations in Geneva, said that Moscow has raised concerns to the UN about the deal not being implemented to facilitate Russia’s own fertilizer and grain exports.

“If we see nothing is happening on the Russian side of the deal — export of Russian grains and fertilizers — then excuse us, we will have to look at it in a different way,” Gatilov said on Thursday.

Commenting on the possibility of extending the deal, he said: “There is a possibility...We are not against deliveries of grains but this deal should be equal, it should be fair and fairly implemented by all sides.”

The shipment via the Black Sea resumed in early August after ministers from Ukraine and Russia each inked separate but identical grain-and-fertilizer export agreements in Istanbul on July 22. The landmark agreement brokered by Türkiye and the United Nations permitted Ukrainian grain exports to resume through the Black Sea ports that were blocked since Russia launched what it called a “special military operation” on February 24. Millions of tonnes of grain were trapped in the country’s silos, causing the surge in food prices, as well as fears of a global food crisis.

As part of the deal, Ukraine restarted grain exports through its ports in the Odesa region, while Moscow won guarantees for its own grain and fertilizer exports. However, the Kremlin claims that this deal's second portion has not been performed so far.

While the United States and its allies have stressed that Russian food and fertilizer are not subject to sanctions imposed over Moscow's invasion of its neighbor, Russia - the largest exporter of nitrate fertilizer - has complained there have been issues with its grain and fertilizer exports.

Western traders reported that obtaining trade financing for Russian fertilizer shipments has been difficult because banks are still uncertain about the legalities of doing business with Russia in any category.

The aim of the Black Sea export agreement was to help ease a global food crisis that the United Nations says was worsened by Russia's war in Ukraine as it pushed tens of millions more people into hunger.

However, the Kremlin has criticized the agreement, arguing that only a fraction of grain exported from Ukraine under an international deal was reaching poor countries. Speaking at an economic forum in Vladivostok in September, Russian President Vladimir Putin said that most of the grain leaving Ukraine’s reopened ports has gone to the EU rather than vulnerable countries.