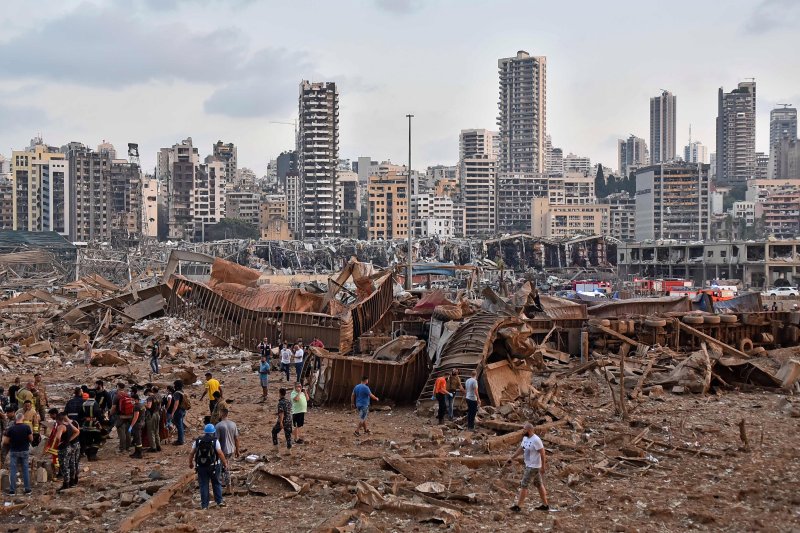 A picture shows the scene of the explosion near the the port. / Getty Images

A massive explosion that ripped through Beirut on Tuesday has shocked the global community, prompting nations all over the world to send urgent aid. On its part, Russia has sent four planes loaded with medical aid to assist the Mediterranean country dealing with both the aftermath of the blast in the Port of Beirut and rising cases of coronavirus in the country.

One of the planes sent by the Russian Ministry of Emergency Situations on Thursday carried 15 medical specialists and coronavirus testing equipment, according to RBK.

According to latest figures, the Beirut blast, which appeared to have been caused by an accidental fire that ignited a stockpile of ammonium nitrate at the port, killed at least 137 people and injured more than 5,000 others. A two-week state of emergency has begun in the area, where dozens are still reported missing.

In a statement issued on Wednesday, the Russian Ministry of Emergency Situations said it planned to send a total of five planes with humanitarian aid to Lebanon after the tragedy.

So far, the Russian planes have delivered around 100 rescue and medical specialists, equipment and medication to overcrowded Lebanese hospitals. All the specialists are equipped with special suits and protective gear due to the coronavirus pandemic.

In addition, Russia's Emergency Ministry’s Tsentrospas unit has set up a mobile hospital at a stadium near the emergency zone, which will work around the clock to treat injured people found under the rubble by rescuers.

The explosion comes at an especially sensitive time in Lebanon. With Covid-19 infections on the rise, hospitals were already struggling to cope. The blast caused widespread damage and has raised the risk of accelerating the spread of the virus.

Lebanese Health Minister Hamad Hassan voiced his concerns over a possible rise in coronavirus cases in the country over the next 10 days as a result of doctors treating injured patients without personal protection equipment.

"Due to the emergency and panic, I am worried that treating the wounded in hospitals and the loss of personal protection equipment supplies may have an impact on the number of coronavirus patients in the next 10 days," Hassan told radio station Sawt Loubnan on Thursday, according to CNN citing NNA.

As of today, the total number of confirmed coronavirus cases in Lebanon has surpassed 5,600, while the death toll climbed to 70, according to data from Johns Hopkins University Center for Systems Science and Engineering.