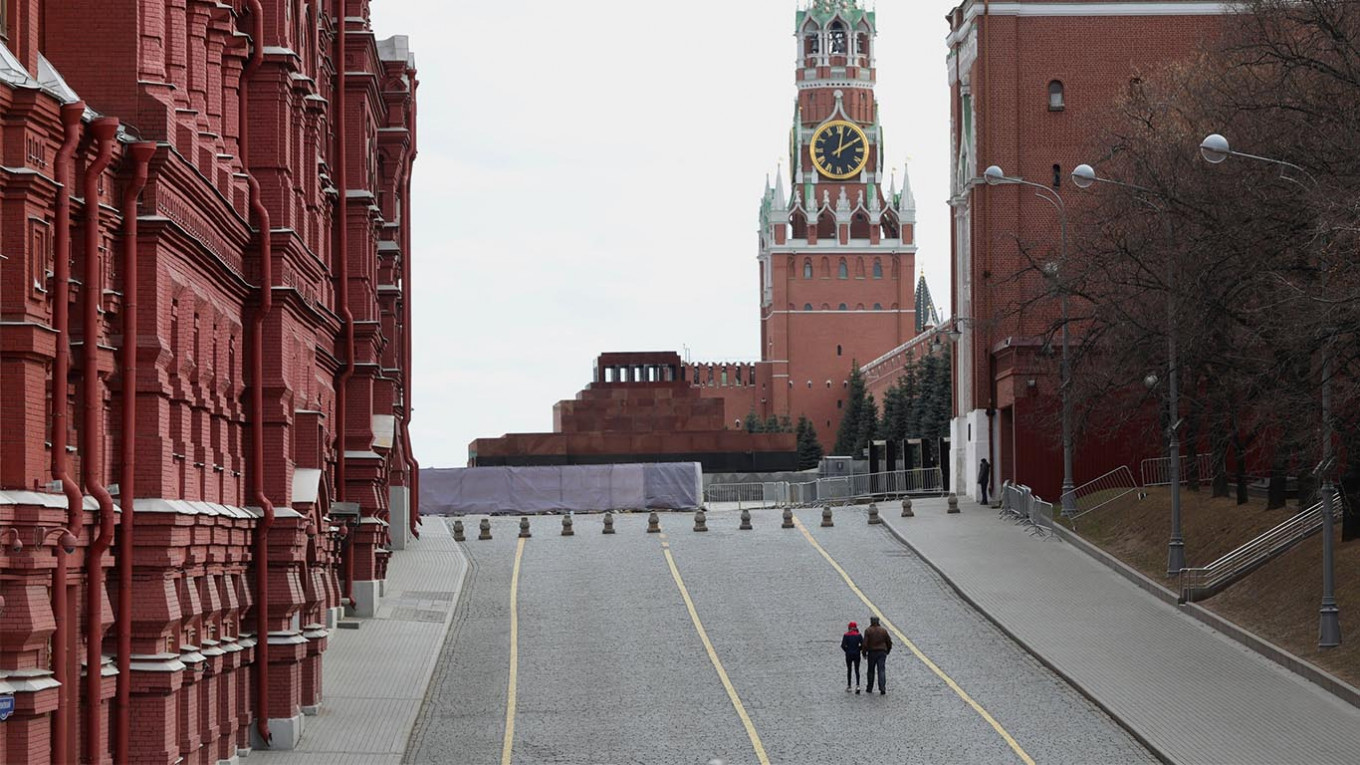 Amid the rising number of people infected with Covid-19, Peskov predicts that next week the country's government will take new decisions regarding the spread of coronavirus infection in the country. / Kirill Zykov / Moskva News Agency

Dmitry Peskov, a spokesperson for the Kremlin, has expressed his hopes that Russia will see signs showing the number of new Covid-19 cases in the country beginning to plateau this week.

"This week showed that the number of cases grows daily," Peskov said on Sunday in an interview with the "Moscow. Kremlin. Putin." show, according to TASS. "This suggests that we have not reached a plateau. Thus, we will wait until next week. We have been quarantined for three weeks. Next week, there is hope that we will see some first signs of reaching a plateau."

The novel coronavirus outbreak, also known as Covid-19, has begun spreading throughout Russia lightning-fast since April, placing the world's largest country in lockdown.

Russia currently ranks as the tenth most coronavirus-hit country in the world. According to the official data, the daily number of deaths reached a new high of 51 over the last 24 hours, bringing the country’s official death toll to 456. The total number of cases reached 52,763 since the start of the country's outbreak. Meanwhile, 3,873 people in Russia have recovered from the illness.

In an effort to slow the spread of the virus, the Russian government adopted strict measures, including the introduction of a stay-at-home order in Moscow, the country's worst-hit city of more than 12 million residents, as well as several other regions until April 30. However, the implemented measures haven't tackled the growth in the number of new coronavirus cases.

Amid the rising number of people infected with Covid-19, Peskov predicts that next week the country's government will take new decisions regarding the spread of coronavirus infection in the country.

"Probably, during the week some decisions should be made on further measures," the Kremlin's spokesperson said, adding that the Russian government will have to introduce "a very complicated combination."

"While the health of citizens is a priority, there is also the need to prevent the economy from suffocating as it finds itself in a dire crisis due to the circumstances, which all of us have faced," Peskov explained.

Along with the new measures needed to defend Russia against a fast-spreading pathogen, Peskov underscored the significance of international cooperation in combating the coronavirus pandemic.

"It is impossible to abstract from each other here," the spokesperson for the Kremlin said. "On the contrary, the relevance and need for communication are only increasing."

The coronavirus pandemic has reached every continent in the world except Antarctica, infecting more than two million people worldwide, and causing more than 171,000 deaths, according to data from Johns Hopkins University Center for Systems Science and Engineering. The vast majority of cases and deaths are now outside mainland China, where the outbreak first began as sustained local transmission is reported in Spain, Italy, France and elsewhere.

The disease has hit the United States especially hard. Around 788,000 cases have been reported in the country and 42,458 patients have died.