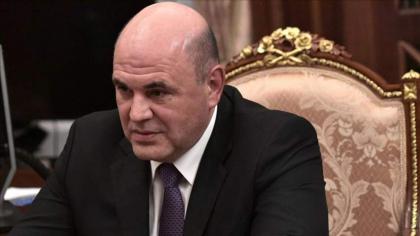 The Russian government has backed a proposal by the Foreign Ministry rejecting payment for the contribution to the United Nations Economic Commission for Europe (UNECE) for 2022.

The decree, signed by Russian Prime Minister Mikhail Mishustin, was issued on the official web portal of legal information on Wednesday.

“To accept the proposal of the Russian Foreign Ministry agreed with the Russian Finance Ministry not to pay the contribution to the United Nations Economic Commission for Europe for 2022,” the document reads.

Established in 1947, the United Nations Economic Commission for Europe is one of the five regional commissions under the jurisdiction of the United Nations Economic and Social Council aimed to stimulate economic development and interaction between Europe and other regions of the world. UNECE brings together 56 countries located in the European Union, non-EU Western and Eastern Europe, South-East Europe and Commonwealth of Independent States (CIS) and North America.

Russia’s invasion of Ukraine has sparked global outrage and completely rewrote the relations between Russia and the West that had formed over the last thirty years. Western countries have shown unprecedented unity in their sanctions policy toward Russia.

As the invasion of Ukraine lingers on, Russia is becoming increasingly isolated on the world stage.

The Council of Europe (CoE), an international organization that focuses on the promotion of democracy and human rights, suspended Russia’s participation in March 2022, shortly after Russia launched what it calls a “special military operation” in Ukraine on February 24, 2022.

In turn, Russian President Vladimir Putin submitted to the State Duma a draft law that would terminate international treaties of the Council of Europe with respect to the Russian Federation, as well as a number of other projects.

Moscow will pay last year's contribution to the Council of Europe (CE) for the time spent in it, precisely from January 1 to March 15. Brussels' demands to pay the contribution in full were ignored by Moscow.

Russia is also gearing up to end its participation in the European Convention on fighting corruption in response to the decision to restrict Moscow’s participation in the Council of Europe. On January 9, Russian President Vladimir Putin submitted a bill to the State Duma — the lower house of the Russian Parliament — to denounce the Criminal Law Convention on Corruption signed in the city of Strasbourg on January 27, 1999.