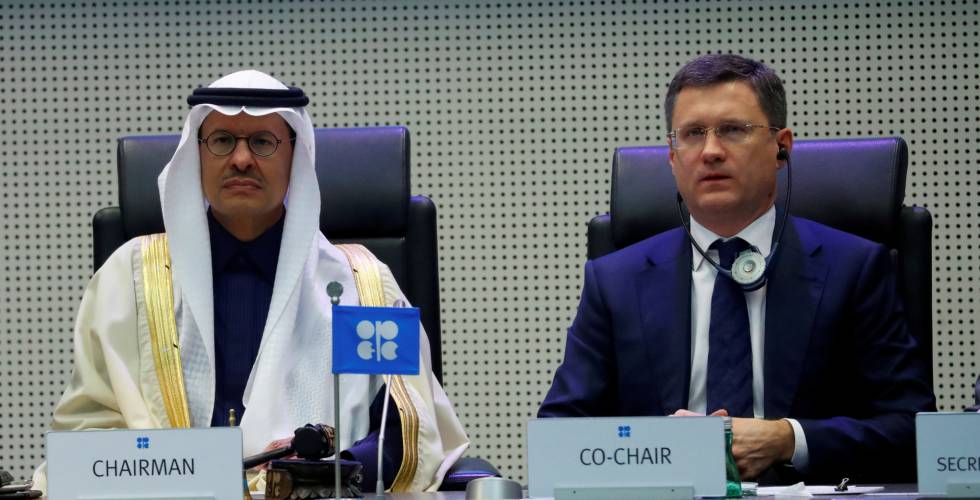 In a phone conversation on Thursday, Russia's Energy Minister Novak and his Saudi counterpart Prince Abdulaziz bin Salman Al Saud reaffirmed the both countries' commitment to the deal and signaled that they may be open to further reductions to oil production.

Russia and Saudi Arabia have reaffirmed their commitment to cut oil production under a historic agreement signed between the 23-nation OPEC+ coalition last weekend in a bid to stabilize the oil market, while the two countries are said to be considering further output cuts.

In a phone conversation on Thursday, Russia's Energy Minister Novak and his Saudi counterpart Prince Abdulaziz bin Salman Al Saud reaffirmed the both countries' commitment to the deal and signaled that they may be open to further reductions to oil production.

"Both countries are firmly committed to fulfilling the coordinated target cuts, they will continue to closely monitor the oil market and, if needed, they are ready to take any necessary measures together with OPEC+ and other producers," reads a statement issued by the Russian ministry. "Russia and Saudi Arabia are also confident that their partners in OPEC+ and other producers will fulfill the undertaken commitments."

According to the historic agreement, the Organization of the Petroleum Exporting Countries (OPEC) and other non-OPEC oil-producing countries, also referred to as the OPEC+ alliance, pledged to slash production by around 23 percent of the output levels of October 2018.

The Russian ministry added that after the talks, both sides acknowledged the efforts of Moscow and Riyadh have to secure the historical agreement with OPEC+ countries and several other producers with the aim of stabilizing an ailing oil market.

The joint statement echoed earlier comments by the kingdom's energy minister who told reporters on a conference call that his country is ready to cut oil production further if needed when the OPEC+ alliance meets again in June.

"Flexibility and pragmatism will enable us to continue to do more if we have to," Bloomberg quoted Salman as saying in mid-March. "We have to watch what’s happening with demand destruction or demand improvement, depending on how things evolve."

The agreement aims to offset the negative impact of the Covid-19 outbreak on the market, which has sent oil prices tumbling in recent months, as well as a price war between Russia and Saudi Arabia that began after the kingdom announced a massive discount in response to Moscow's refusal to tighten supply.

Yet, oil prices continue to fall, charging toward a new 18-year low as gloomy demand outlooks persist even after the world's largest crude reduction agreement was announced.

International benchmark Brent crude fell 0.9% to close at $28.5 per barrel on Friday as US West Texas Intermediate (WTI) lost 13% to settle at $17.31 per barrel.