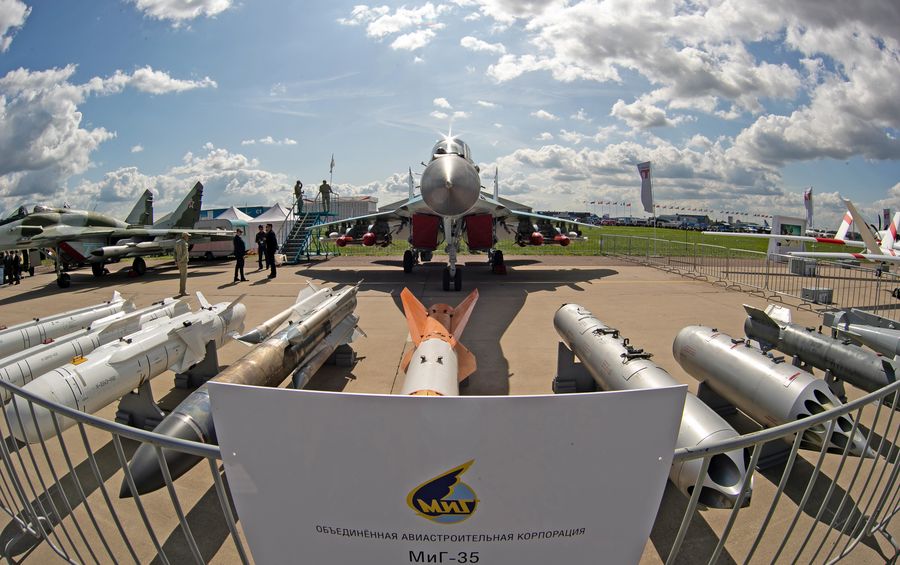 While the major clients of the US were Saudi Arabia, Australia and the UAE in 2016–2020, Russia's main customers included India, China and Algeria. / Bai Xueqi / Xinhua

According to the report published on Monday, the top five arms exporters – the United States, Russia, France, Germany and China – together accounted for 76% of the total volume of global arms exports over the last five years.

The research explained that the bulk, around 90%, of Russia’s arms exports decrease was attributable to a 53% fall in its arms exports to India, one of the largest and oldest buyers of Russian defense equipment.

"Russia substantially increased its arms transfers to China, Algeria and Egypt between 2011–15 and 2016–20, but this did not offset the large drop in its arms exports to India," said Alexandra Quinoa, Researcher with the SIPRI Arms and Military Expenditure Program.

With military cooperation dating back to the Soviet era, the Soviet Union was India’s main supplier during the cold war, and today most of its armament is Russian, or Soviet, made. According to estimates, Russian defense supplies to India have accounted for over $65 billion since 1960. About 70% of the Indian Air Force’s equipment and 80% of its naval fleet are Russian-made.

Meanwhile, Moscow has managed to strengthen its ties with Africa and become the biggest arms supplier on the continent. Russia accounts for 30% of total arms imports by countries in sub-Saharan Africa over the period from 2016–2020, according to the SIPRI report.

In 2017, Washington adopted the Countering America's Adversaries Through Sanctions Act (CAATSA), which calls for sanctions on any country engaged in what the US Treasury Department terms a "significant transaction" with Russian defense and intelligence sectors.

"Although Russia has recently signed new large arms deals with several states and its exports will probably gradually increase again in the coming years, it faces strong competition from the USA in most regions," Quinoa added.

According to the Swedish think-tank, the United States remains the largest arms exporter in the world. Between 2016 and 2020, the US accounted for 37% of the trade in major conventional weaponry, showing a 5% increase from the prior five-year period.

While the major clients of the US were Saudi Arabia, Australia and the UAE during that period, Russia's main customers included India, China and Algeria.

Russia’s military strength was ranked 2 out of 140 countries according to Global Firepower’s 2021 rankings, making it the second strongest military power in the world and the strongest in the Caspian region.