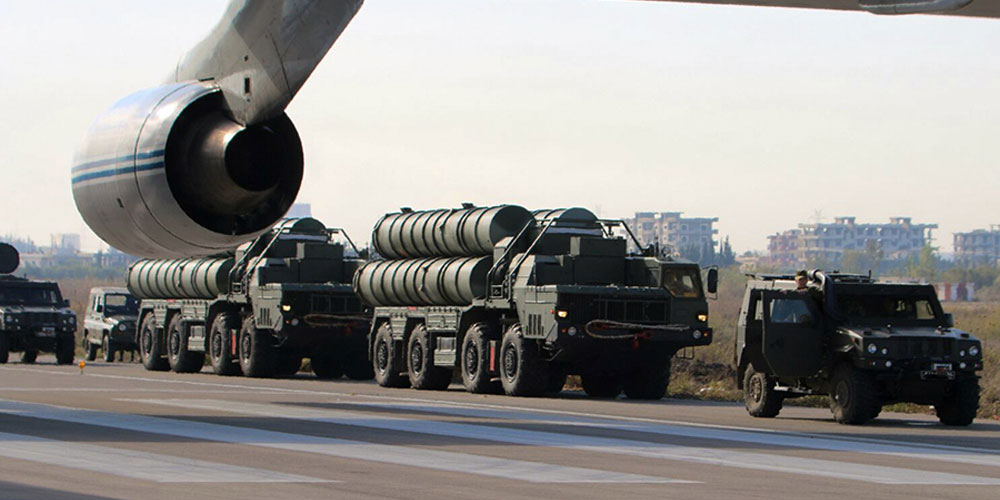 According to SIPRI’s report the top five arms exporters – the United States, Russia, France, Germany and China – together accounted for 75 percent of the total volume of global arms exports from 2014–2018.

Despite five years of declining sales abroad, Russia remains the world’s second largest arms exporter after the Unites States, according to the 2018 edition of an annual report titled “Trends in International Arms Transfers” that was released by the Stockholm International Peace Research Institute (SIPRI) on Monday.

According to the report the top five arms exporters – the United States, Russia, France, Germany and China – together accounted for 75 percent of the total volume of global arms exports from 2014–2018.

The report explained in detail the ups and downs in the volume of international transfers of major arms during those years. Research revealed that Russia’s arms exports had declined by 17 percent in comparison to the 2009-2013 timeframe, attributing the downturn to a decline in Russian arms imports by India and Venezuela.

The United States increased its weapons exports, however, by 29 percent during the last five years.

“The USA has further solidified its position as the world’s leading arms supplier,” says Aude Fleurant, Director of the SIPRI Arms and Military Expenditure Program. “The USA exported arms to at least 98 countries in the past five years; these deliveries often included advanced weapons such as combat aircraft, short-range cruise and ballistic missiles, and large numbers of guided bombs.”

As a result, the gap between the top two arms-exporting states widened. The United States' exports were 75 percent higher than Russia’s in 2014–18, while they were only 12 percent higher in 2009–13.

Russia’s stated-owned Rostec corporation has already expressed doubts about the veracity of the report, saying that SIPRI’s data regarding the decline in Russian arms exports do not correspond to reality.

“There are big questions regarding the methodology of the calculations,” RIA Novosti quoted Rostec’s press service as saying on March 11.

Rostec claims that Rosoboronexport, the subsidiary of Rostec State Corporation, increased exports of military products during the five-year period and has developed new partnerships in Asia, the Middle East, Africa and Latin America.

“Among the largest deals are contracts for the supply of S-400 complexes to China and India,” Rostec said. “At the end of 2018, Rosoboronexport’s order book exceeded $51 billion, which is also a record figure over the past 10 years.”

In 2018, the United States devoted $700 billion to its defense budget, while Russia allocated only $66 billion. Although the U.S. spending power exceeds Russia’s by several times, Russia’s advanced weapons have been marketable and profitable over the last decade despite pressure from Washington.

The Russian-made S-400 Triumf surface-to-air missile system – an anti-aircraft weapon system consisting of very long-range, long range, medium, and short-range missiles that can hit targets and travel distances between 40 km (25 mi) and 400 km (249 mi) – is in high demand. Last year, Russia shipped units of the system, which is also called the SA-21 Glower by NATO, to China thanks to a $3 billion deal that had been agreed to in 2014. This year Turkey, a NATO member, will receive its first batch of the S-400, purchased in 2017 for $2.5 billion.

“There is no sensation here,” defense analyst Sergei Khatylev said about SIPRI’s report, according to RIA Novosti. “We have traditionally produced various types of weapons in quantities that allow us to meet our own needs and supply a certain amount of them to our foreign partners.”

Speaking of Russia’s military potential, Khatylev stressed the importance of joint development of the Russian-Indian missile BrahMos, a versatile supersonic missile, as well as joint development projects with China.

Khatylev believes that political confrontation between countries is the main motivating moment for the development of arms exports.

“While there is such a confrontation, there will be countries that purchase weapons, which is an argument in some disputes. Therefore, this type of export will be preserved, probably, for many more years,” he said.