Russia Recognizes Independence of Donetsk and Lugansk Despite Warnings 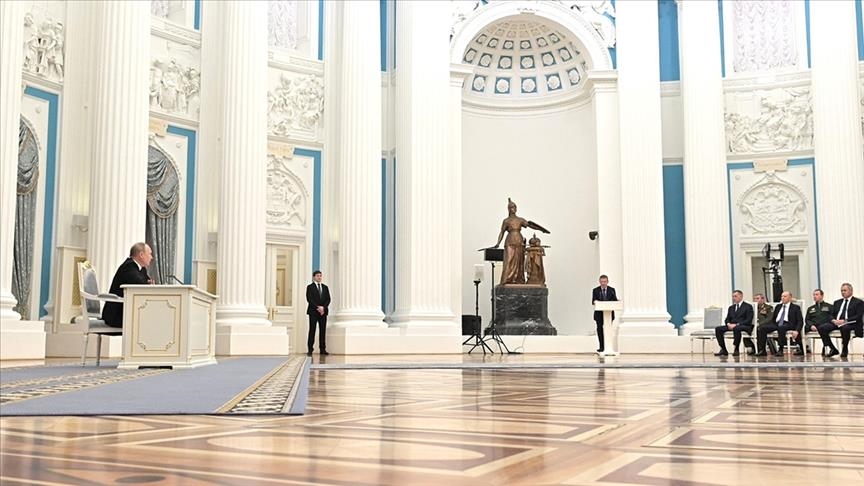 Russia has recognized the independence of two separatist regions of Ukraine — the so-called Donetsk and Lugansk People's Republics, a move that is expected to escalate what is already tense relations with the West amid fears of a Russian invasion of Ukraine.

“I consider it necessary to take a long overdue decision and to immediately recognise the independence and sovereignty of the Donetsk People's Republic and the Lugansk People's Republic," Putin said in a televised address to the nation, expressing confidence that the Russian people would support his decision.

In the decrees recognizing the independence of the so-called Donetsk People's Republic (DNR) and Lugansk People's Republic (LNR), which were also ratified by Russia’s parliament on Tuesday, Putin ordered the Russian military to maintain peace in the breakaway regions of Ukraine, prompting fears of a full-scale armed conflict.

The West has repeatedly warned Putin not to recognize Ukraine's rebel-controlled regions, a move that effectively buries the Minsk peace agreements, which were supposed to reintegrate the self-proclaimed separatist regions into Ukraine.

Monday's developments saw a prompt response from the western governments. In a statement issued by the White House, Press Secretary Jen Psaki said Biden would soon issue an executive order “that will prohibit new investment, trade, and financing by US persons to, from, or in” the two separatists-controlled regions of Ukraine, Donetsk and Lugansk.

The order will also “provide authority to impose sanctions on any person determined to operate in those areas of Ukraine,” the statement reads.

European Union leaders have also denounced Putin’s decision to recognize the independence of the non-government-controlled areas of Donetsk and Lugansk and warned the bloc will react with sanctions.

“The recognition of the two separatist territories in Ukraine is a blatant violation of international law, the territorial integrity of Ukraine and the Minsk agreements,” European Commission President Ursula von der Leyen wrote on her Twitter account on Monday.

In a joint statement, Ursula von der Leyen and European Council President Charles Michel said that the Union will react with sanctions against those involved in this illegal act.”

In recent days, the eastern Ukrainian regions have been a main focus in the media as the number of ceasefire violations along the line separating Ukrainian forces and pro-Russian armed separatists has been rising, with both parties trading accusations over violations.

According to the data compiled by observers from the Organization for Security and Cooperation in Europe, more than 1,500 ceasefire violations in east Ukraine were accounted for on Saturday – the highest number seen this year.

Separatist forces in the Donetsk and Lugansk regions – collectively known as Donbas – broke away from Ukrainian government control in 2014 and proclaimed themselves independent “people’s republics.” Since the start of the war, the Kremlin has been accused of exerting control over both regions, with some suggesting Moscow eventually wants to claim the region as Russian territory.

Moscow’s recent move is likely to fuel concerns that Russia is plotting an imminent invasion of its neighbor although the Kremlin has repeatedly claimed that it had no intentions to invade Ukraine.