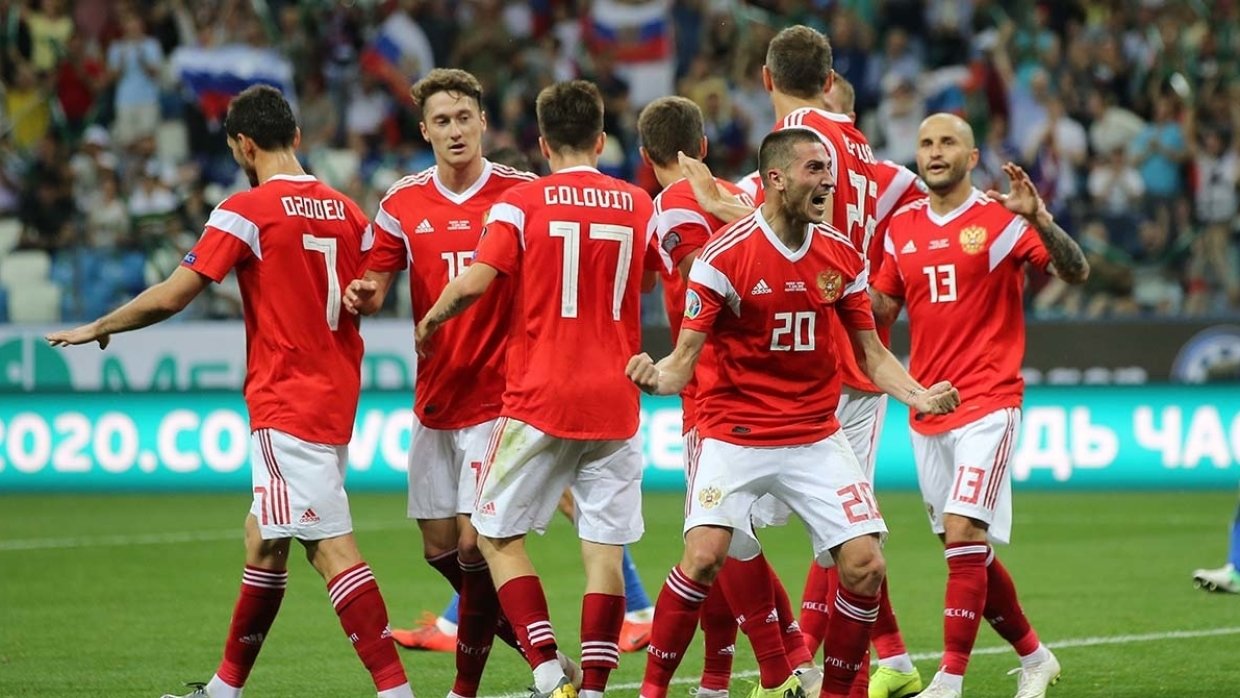 The national men's football team of Russia defeated San Marino 5-0 in the last game of the qualifying round / Riafan.Ru

After the qualifying round of the UEFA Euro 2020 football cup wrapped up on Tuesday, the national men’s football team of Russia has made it through the group stage as the only squad from the Caspian Sea region. The national teams of Azerbaijan and Kazakhstan could not repeat their neighbor’s success.

The team of Russia joined twenty qualifying teams from Group I, where they took the back seat to the group’s leader Belgium. Twenty-four points gained in ten games helped the Russian team book European Cup group stage participation for the fifth time in a row since 2004. Rivals of the Russian national team will be known in the draws that will take place on November 30.

The European Cup 2020, referred to mostly as Euro 2020, of the Union of European Football Associations (UEFA) will feature 24 teams in six groups. Twenty national teams guaranteed group stage tickets as a result of the qualifying round. The rest four squads will join them after the playoff games of the UEFA Nations League, the draw of which will take place on November 22.

Euro 2020 is the 16th edition of Europe’s quadrennial men’s football tournament organized by the UEFA. Next year’s tournament will be held on June 12 - July 12 in 12 different cities across Europe for the first time in UEFA’s 60-year history, including in Azerbaijan’s capital city of Baku and in Saint Petersburg city of Russia. Both cities will play a host to three group games and one-quarter final game of Euro 2020.