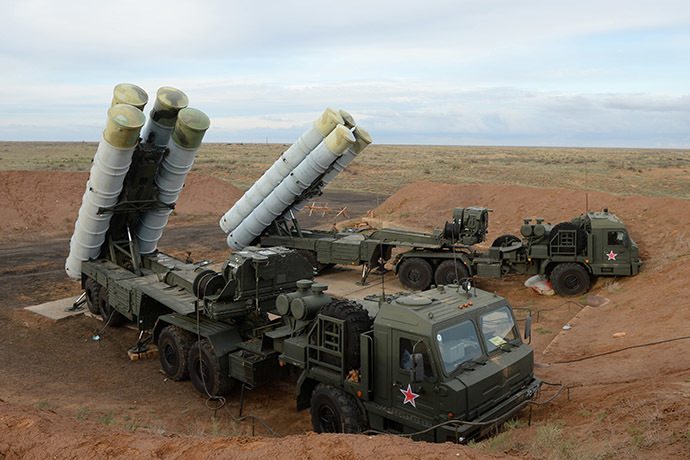 Russia has put its next-generation version of the mobile S-500 air defense system into mass production.

The announcement came from Yan Novikov, who heads the state-owned Almaz-Antey Corporation.

In an interview with the Russian National Defense magazine on Monday, Novikov pointed out that the cutting-edge weaponry would be supplied to the Russian armed forces within the time frame determined by the state defense order.

“Currently, mass production of the S-500 system has been launched based on the latest achievements in domestic science and technology,” RIA Novosti quoted Novikov as saying.

“Combat capabilities of the system significantly surpass capabilities of previously created anti-aircraft missile systems and complexes. The S-500 is capable of becoming the basis of the Russian aerospace defense system,” he added.

Russian S-500 anti-aircraft missile systems, dubbed Prometheus, are by far the most advanced anti-missile system in Russia. Branded as a silver bullet against stealth fighters in general and the F-35 in particular, the S-500 is reportedly capable of destroying low-orbit satellites and fifth-generation aircraft in addition to its primary targets - cruise and ballistic missiles, which could already be dealt with by existing S-300 and S-400 units.

The range of the new Russian air defense system created on the basis of the S-400 is expected to surpass its predecessors significantly. The S-500 will likely use a variety of missiles in addition to the 77N6 missile series as a hit-to-kill interceptor for ballistic missile targets. With a widely expected maximum operating range of 600 km (373 miles) and a system response time of three to four seconds, the S-500 reaches a whopping 200 km (124 miles) farther and is around six seconds faster to respond than its predecessor.

Earlier, Dmitry Shugaev, who heads the Russian Federal Service for Military-Technical Cooperation (FSMTC), said India and China could become the first foreign buyers of the S-500 once the national armed forces receive enough of those systems.

Russia’s defense build-up comes at the time of the ongoing conflict in Ukraine.

After Russia launched what it calls a “special military operation” on the territory of its western neighbor on February 24, western allies rushed to send billions of dollars worth of weaponry and military equipment to Ukraine. However, for some countries, such as Germany and Finland, this was a significant reversal of their previous defense policies that barred exporting weapons into war zones.

More than three billion dollars in military aid has been sent to Ukraine since the invasion began. The latest $800-million package, announced last week by US President Joe Biden, includes heavy artillery, howitzers, and tactical drones to be used on the flat plains in eastern Ukraine. Other armaments sent so far include drones that can be turned into flying bombs and anti-aircraft weapons.