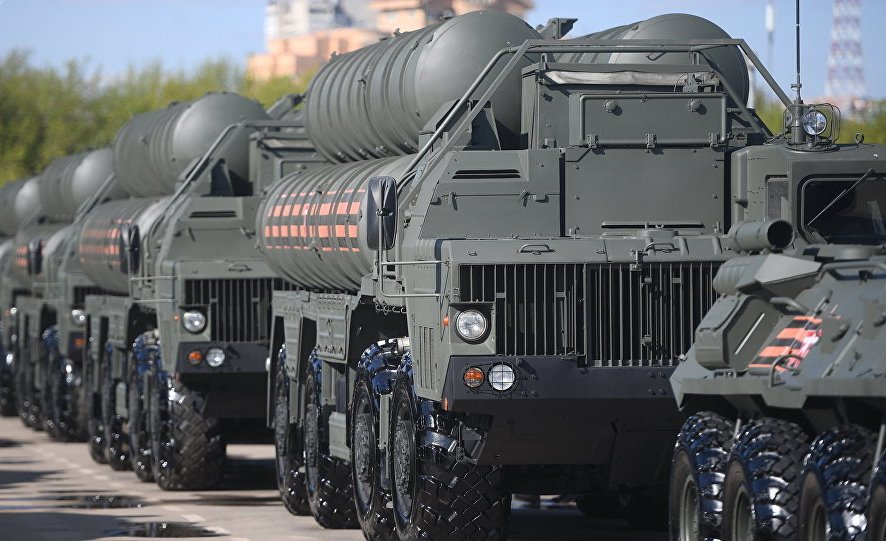 The S-400 Triumph, previously known as the S-300PMU-3, is an anti-aircraft weapon system developed in the 1990s as an upgrade of the S-300 family. It has been in service with the Russian Armed Forces since 2007. / Sputnik

"We are ready to provide respective assistance to Saudi Arabia, and it would be enough for the political leadership of Saudi Arabia to make a wise government decision — as the leaders of Iran did in their time by purchasing S-300 and as [Turkish] President [Tayyip] Erdogan did by purchasing the latest S-400 'Triumph' air defence systems from Russia," President Vladimir Putin said after talks with leaders of Turkey and Iran in Ankara on September 16, according to a report by Russian Interfax news agency.

Meanwhile, Saudi Arabia has not yet responded to Putin’s proposal.

"Cooperation is being carried out in rather sensitive areas as well, such as [military]-technical cooperation. Contacts on this account are carried out and will continue," Kremlin Spokesman Dmitry Peskov told journalists on September 17. “It is not yet clear how much Saudi Arabia will withstand any limitations on oil shipping and production, so now hardly anyone can give any forecast for action in the near future, there is no reliable information. Therefore, some time is needed for analysis," Peskov added.

US Secretary of State Michael Pompeo accused Iran of being involved in the attack. At the same time, Abbas Mousavi, a spokesman for the Iranian Foreign Ministry, dismissed the allegation as groundless.

The strike has sparked fears of increased risk to energy supplies in the region. However, prices remain below Brent's 12-month high of $86.29 a barrel seen in October 2018, when West Texas Intermediate also climbed to more than $76 a barrel, according to BBC.

While meeting the spokesman of Ansar-Allah Movement, Mohammad Abdul-Salam, in August, Iran’s Supreme Leader Ayatollah Ali Khamenei promised that his country will continue to support the Houthis against the Saudi Arabian-led coalition, which backs the Sunni mainstream in the Middle Eastern country. He further accused Saudi Arabia of plotting to “divide Yemen”.

Meanwhile, Ruslan Mammadov, a Program Coordinator at the Russian International Affairs Council, believes that "the fact such an attack took place points to the inefficiency of the Saudi missile defense systems and the inadequate training of its personnel".

"Saudi Arabia, as is well known, uses the American-made Patriot systems. The conclusion that can be drawn from this is that US weapons supplied to Saudi Arabia fail to prove their efficiency. In this regard, Russia’s S-400 systems are one of the most impressive options that the Saudis could turn to," the expert said in an interview with the Russian newspaper Nezavisimaya Gazeta.