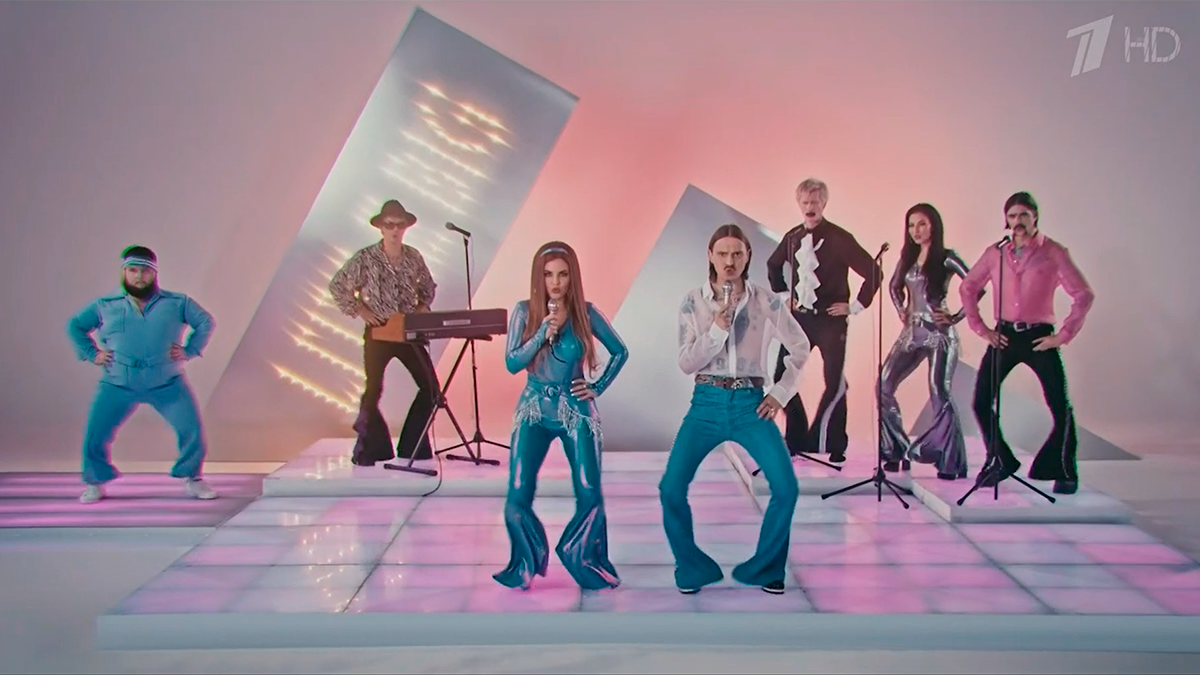 Little Big, who has been dubbed "a Russian mental patient's answer to Die Antwoord," represents a mix of absurdity and pure craziness combined with powerful rave music in the band's own unique style.

Little Big, a punk-pop-rave band from St. Petersburg, will represent Russia with "Uno" song in the 2020 edition of the Eurovision Song Contest (ESC) that will bring together 41 nations in the Dutch city of Rotterdam in mid-May.

With two months to go until the pan-European song contest, the band Thursday gave a live debut of its "Uno" song on the Russian biggest late-night talks show Vecherniy Urgant hosted by Ivan Urgant, which has already reached a combined total of 4.6 million YouTube views. The song titled "Uno," which means "one" in Spanish has both Spanish and English lyrics, and is heavily influenced by disco music.

Little Big, who has been dubbed "a Russian mental patient's answer to Die Antwoord," represents a mix of absurdity and pure craziness combined with powerful rave music in the band's own unique style. That explains how the band became an instant worldwide sensation two years ago when the band presented their "Skibidi" song that gained 23 million views on YouTube in just one week. The viral video has now surpassed 370 million views and the dance from the video is now the most popular meme in Russia, practiced by famous Russian TV stars as well as popular rappers. The Little Big phenomenon continued to grow after releasing the "I’m OK" song, which became one of the most popular TikTok memes globally.

No wonder that a clip the band released for the Eurovision crowd has clocked up over 20.2 million views in a matter of a few days. The cocktail of disco vibes, shiny retro costumes, a chorus in Spanish and the overweight dancer, rocking some crazy vogue moves in the background, made the clip one of the most popular Eurovision 2020 music videos.

Little Big, debuted in 2013, is a hugely popular band both in Russia and abroad, which explains the popularity of their latest music video. The band consists of members Ilya Prusikin, Sonya Tayurskaya, Anton Lissov and Sergey Makarov, however, the group will perform at the Eurovision in an expanded format. Little Big will perform in the first half of the first semi-final on May 12.

The Eurovision Song Contest is the longest-running annual international television song competition. The 2020 contest, whose slogan is “Open up” will include singers from 41 different countries.

After the Dutch representative Duncan Laurence triumphed with his song "Arcade," the country's port city of Rotterdam was selected as a venue to host the 65th Eurovision Song Contest, which is scheduled for May 12-16.

Alongside Sweden, Russia is a record-holder for the number of top-five finishes. It boasts four second-place wins, four third, and one fifth-place standing since it first entered the competition in 1994.

The best showings to date in Eurovision by Caspian region countries were performances by Russia's singer Dima Bilan in 2008 and Azerbaijan's singers Eldar Gasimov and Nigar Jamal, or Ell & Nikki duet in 2011 when they won for performing the songs “Believe” and "Running Scared," respectively.