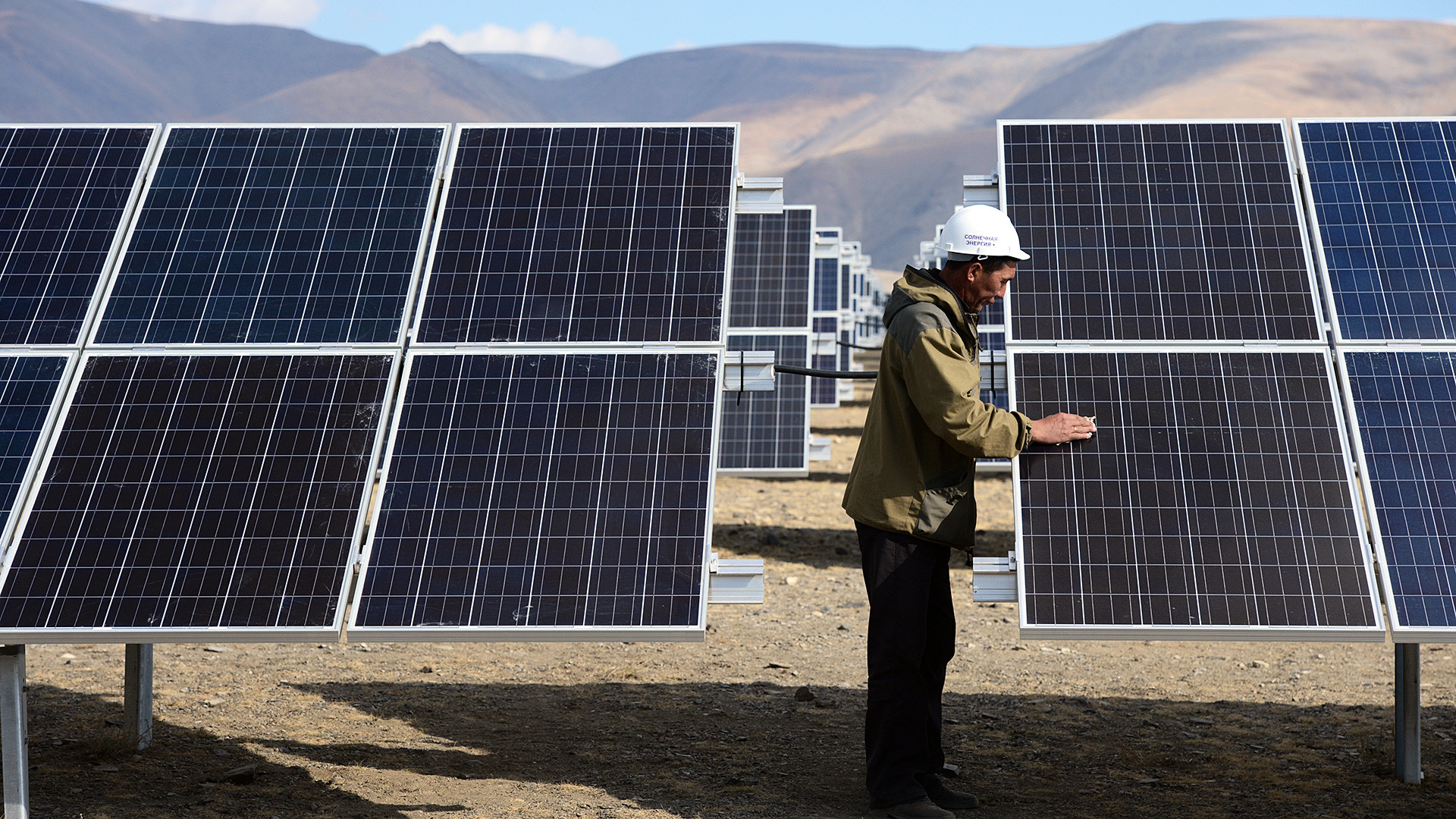 Russia, continuing to invest into development of its energy industry, put into operation two more solar power plants in the heart of the Eurasian continent, the Altai Republic

Russia is the world’s largest oil producer and second-largest when it comes to natural gas, but its hydrocarbons are not stopping Moscow from making investments in renewable energy resources and technologies. Last week Russia completed two solar power projects in the heart of Eurasia.

On September 19, Russia’s Hevel Group launched a 20 megawatt (MW) plant in Maima, and a five MW plant in Onguday, both part of the Altai Republic, located in southern Russia and sharing borders with Kazakhstan and Mongolia.

“The construction of hybrid distributed [energy] generation will allow us to solve the major problem, namely to provide the population of remote areas with uninterrupted electricity at an affordable price,” said Leonid Petukhov, the General Director of the Far East Investment and Export Agency.

“This problem has not been solved for decades, which definitely hindered the economic development of the territories. Now, with renewables, the situation will be changed,” Petukhov said earlier this month.

Maima is the Altai Republic’s largest village, and its 20 MW solar power plant will use heterojunction-based photovoltaic cell solar modules. The technology is considered more efficient than silicon-based modules, and have an efficiency rating of at least 22 percent, combining the advantages of both thin-film and crystalline technologies, exponentially increasing the capabilities of solar energy even in cloudy weather.

“Today, total installed capacity of all solar parks put in operation in Altai Republic is 40 МW, and in winter, in period of peak loads the region consumes 120 МW,” said Alexander Berdnikov, the Governor of the Altai Republic said, according to the solar technology news site PV Tech.

“So about one third of our needs is secured by solar generation and we go on with our plans to increase capacity,” Berdnikov said.

Hevel Group, the Russian photovoltaic cell producer which is a joint venture of Renova Group and Rusnano, is behind the technology being used in the Altai Republic projects. Hevel’s maintains a manufacturing facility in Novocheboksarsk, about 600 km (373 miles) east of Moscow.

Heterojunction describes the interface between two layers or regions of dissimilar crystalline semiconductors. These semiconducting materials have unequal band gaps as opposed to a homojunction.

“Next year we are expanding heterojunction solar modules production to 220 МW, and by the end of this year we will start projects abroad,” said Igor Shakhrai, Hevel’s CEO.

Hevel Group is a joint venture between the asset management company Renova and the government-owned technology firm Rusnano. It is planning to expand its presence in Altai by constructing additional plants by 2020, in the Onguday, Mayminsky and Ust-Koksinsky districts, with a total installed capacity of 80 MW.