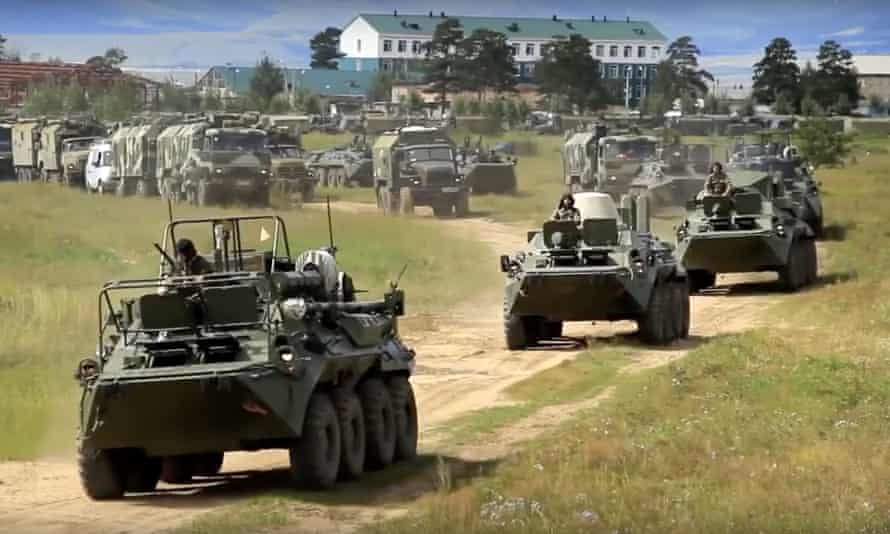 Circumstances on the ground in Afghanistan are bleak amid the withdrawal of the US and NATO military contingents from the war-torn country. / AP

Russia has pledged to provide military support to Central Asia allies as security deteriorated in neighboring Afghanistan amid a growing Taliban offensive.

Shoigu further said that Russia was eager to strengthen the combat readiness of its military bases in Tajikistan and Kyrgyzstan.

Russia is now gearing up to hold military drills with Tajik and Uzbek troops in Tajikistan, 20 kilometers from the border with Afghanistan. The joint exercises will be held on August 5-10 at the Harb-Maidon training ground.

The Russian military contingent involved in the drills would mainly comprise units of the 201st military base stationed in Tajikistan, including mountain motor rifle, tank and artillery troops, and also groups of special operations force of the Central Military District.

The 201st Military Base stationed in Tajikistan is considered the largest force of the Russian Armed Forces based in a foreign country, with about 7,000 troops, 96 tanks, eight helicopters, five ground attack aircraft, and many other military pieces of equipment.

Russia also has its military base in Kyrgyzstan, around 20 km east of the capital Bishkek. The base has been hosting Russian Air Force units since 2003 when the two countries signed an agreement. In December 2012, Kyrgyzstan agreed to lease the airbase to Russia for fifteen years with an option of an automatic extension for an additional five years.

Circumstances on the ground in Afghanistan are bleak amid the withdrawal of the US and NATO military contingents from the war-torn country. Now Taliban, which once provided a safe haven to Al Qaeda mastermind Osama bin Laden, claims it has seized most of Afghanistan. The Kremlin is concerned that Washington’s decision will likely create new threats to security in Central Asia.

Meanwhile, Russia’s defense minister is convinced the United States attempts to transform the withdrawal of its troops from Afghanistan into the relocation of its military facilities to Central Asia. According to Shoigu, the new US bases will pose a threat to stability in the region.

“The hasty withdrawal of troops [from Afghanistan] provoked an additional sharp jump in military-political tension and a surge in hostilities,” TASS quoted Shoigu as saying.

“At the same time, the United States is much more concerned about the possibility of setting up new transit routes and logistics structures in Central Asia as well as deploying its military bases and facilities.”

The Kremlin is interested in helping safeguard the borders of its former Soviet allies in Central Asia, as authorities in Moscow are concerned that terror threats emanating from Afghanistan can end up on Russia’s doorsteps. Acting as the primary guarantor of security and stability in the region, Russia is improving its foreign military bases in the area and supporting the militaries of Central Asian states with various activities, including arms sales and joint military exercises, training and assistance programs, and many others.

Russia assists Tajikistan in equipping the country’s armed forces and strengthening its borders. In addition, Russia routinely conducts counter-terrorism drills in Tajikistan and other countries across Central Asia. In 2017, Russia and Tajikistan held joint exercises near the Tajik-Afghan border, which involved nearly 2,000 Russian military personnel and 50,000 Tajikistani troops. Tajikistan and Russia share membership in the Collective Security Treaty Organization (CSTO) and the Shanghai Cooperation Organization (SCO).

Moscow has been providing military support to Kyrgyzstan as well. Since 2012, Russia and Kyrgyzstan have signed arms deals worth about $200 million, of which about $126 million has already been transferred to Bishkek in the form of military equipment. Since 2000, about 40 senior officers, 400 officers and 700 cadets from Kyrgyzstan have been trained in various Russian military institutions.