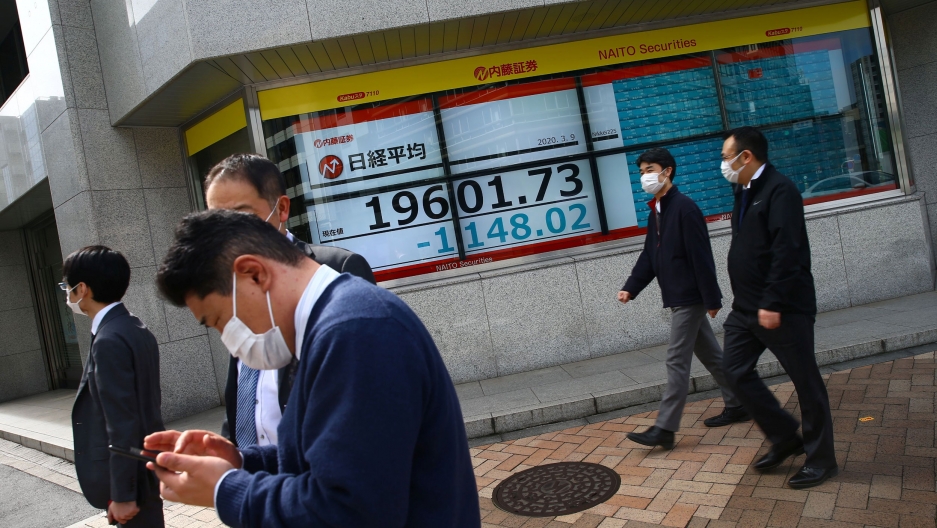 According to the finance ministry, the prioritization of federal budget expenditures will focus on the most necessary measures to support the economy amid the coronavirus outbreak, but not on slashing the federal budget.

The Russian government is planning to revise its federal budget amid a rapid drop in oil prices that have halved from $50 a barrel since February, due to the global novel coronavirus outbreak and the dramatic collapse of an alliance known as OPEC+, which includes the Organization of the Petroleum Exporting Countries (OPEC) and non-OPEC oil-producing nations, led by Russia.

On Saturday, Russian Prime Minister Mikhail Mishustin held a meeting with ministers to discuss the economic issues, according to a statement issued on the government website on Monday. Mishustin instructed the finance and the economic development ministries to submit proposals on "prioritization of federal budget expenditures for anti-crisis purposes" by March 26.

The price of oil has reeled from the fallout over COVID-19, a type of coronavirus that has caused a global pandemic and pushed oil suppliers to reconsider the global energy situation as a result. OPEC failed to reach an agreement with non-OPEC oil producing nations on March 6, which saw oil fall to $27 per barrel, as a Saudi Arabia and Russia announced production increases as of April 1.

Russia, considered the world’s third-largest oil producer just behind the United States and Saudi Arabia, is heavily dependent on oil prices, which fell to $25.18 a barrel on Monday – the lowest in the Brent crude index since 2003. As early as last month Moscow was anticipating a budget surplus of just under one percent of GDP after drawing up the 2020-2022 federal budget, having priced oil at $42.40 per barrel. But with the recent slide in the price of crude, Russia’s state budget is expected to come up $27.7 billion short of February’s estimates.

According to the finance ministry, the prioritization of federal budget expenditures will focus on the most necessary measures to support the economy amid the coronavirus outbreak, but not on slashing the federal budget.

"In connection with the epidemiological situation in the world, the Russian government has developed and is implementing a number of measures to support people and the economy," RIA Novosti quoted the ministry as saying on Monday. "Therefore, we need to respond to changes of the situation and determine what measures are currently under priority and should be financed from the federal budget in the first place."

"This approach allows [us] to allocate funds for new priority measures to support the economy and the social sector without resorting to budget sequestration. There are no plans to reduce federal budget spending in 2020," the ministry added.

The ministry stressed that the federal budget had enough resources, including reserves, which make it possible to quickly respond to changes in the external environment.

As of March 1, the National Wealth Fund had liquid funds worth $150.1 billion, or 9.2 percent of Russia’s gross domestic product – reportedly enough cash to compensate for low oil revenues.

Brent crude has lately swung violently, with traders trying to assess the impact of OPEC+’s output increases against falling demand due to measures to contain COVID-19. On four occasions in the past two weeks, Brent posted daily price swings of more than 10 percent.

Meanwhile, Igor Sechin, the CEO of Russia's oil giant Rosneft, says global oil prices could return to $60 per barrel by the end of the year if shale oil is forced out of the market.

"A number of companies related to shale mining are already shutting down," Vedomosti quoted Sechin as saying last week in an interview broadcast on Russia 24 TV Channel. "And this will lead to some kind of new balancing [of the market]." 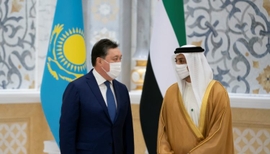 The United Arab Emirates and Kazakhstan have signed an agreement worth $6.1 billion during Kazakh... 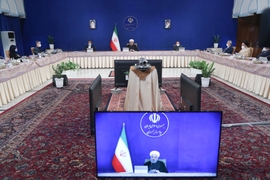 Iranian President Hassan Rouhani has said that his country would be able to buy and sell weapons,...