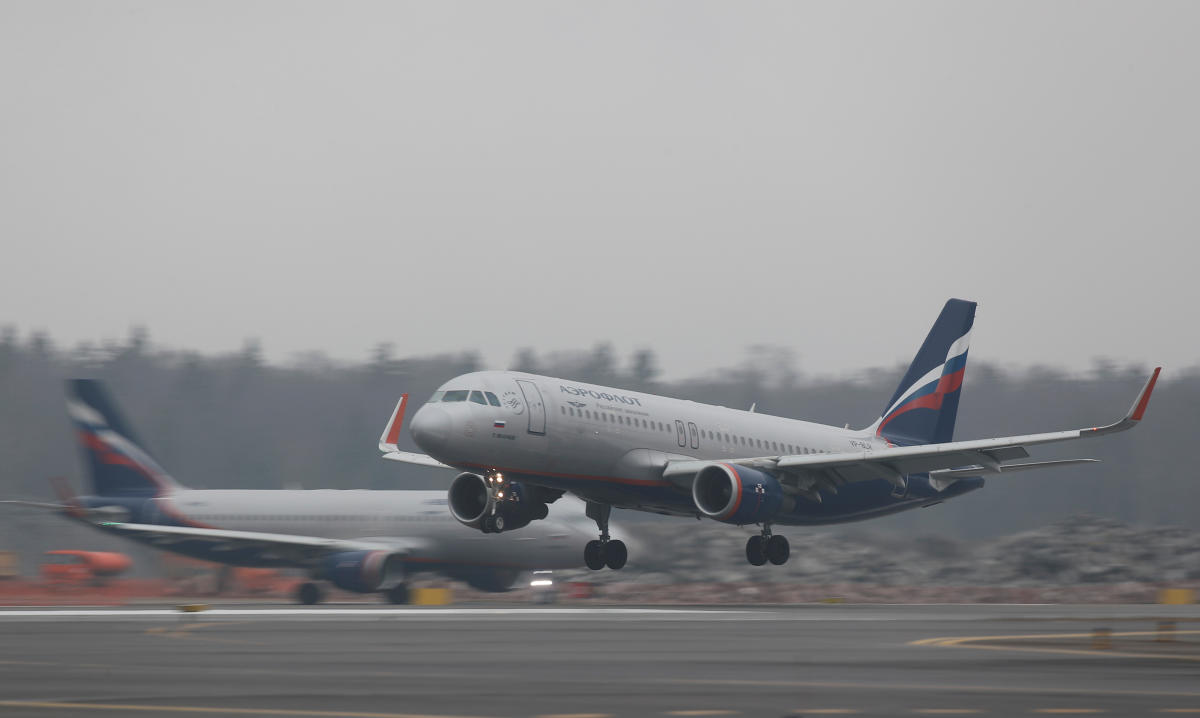 After the coronavirus hit Russia, the government ordered the cancellation of all regular international flights from March 27 in an attempt to curb the spread of the virus. / Reuters

International flights to and from Russia may soon resume as authorities in the world's largest country proposed to gradually ease restrictions on air travel starting from July 15, two weeks earlier than the scheduled date of August 1.

"As for the date when we could restart international air travel, we suggest July 15, 2020, and we suppose that, based on the air authorities’ negotiating position, the Transport Ministry and the Federal Air Transport Agency will be informing the government of the Russian Federation about the negotiation," TASS quoted Russia's Deputy Prime Minister Tatyana Golikova as saying on the sidelines of a briefing on Friday, adding that the government would be briefed either once a week or in two weeks.

After the coronavirus hit Russia, the government ordered the cancellation of all regular international flights from March 27 in an attempt to curb the spread of the virus, while hundreds of thousands of Russian citizens have been stranded abroad. It was allowed to arrange only special flights evacuating Russians from abroad and other government-authorized flights.

Golikova clarified that before restarting air traveling, the government every two weeks will assess epidemic situations in the countries based on three criteria. Flights will be permitted to countries where cases of the coronavirus do not exceed 40 per 100,000 people over the last 14 days, where the average daily increase in new cases over the last 14 days is no higher than 1% and where the current rate of transmission is less than one.

A few days earlier, Russia’s consumer protection watchdog Rospotrebnadzor recommended restarting international flights to 13 countries, including nine members of the European Union and China. The list handed to the Transport Ministry and the Federal Air Transport Agency includes the countries that Russia could resume flights to at the first stage due to their suitable epidemic indicators. Among those are the United Kingdom, Hungary, Germany, Denmark, Italy, the Netherlands, Norway, Poland, Finland, Vietnam, China, Mongolia and Sri Lanka.

Foreign citizens arriving in Russia will be required to provide proof of a negative coronavirus test received in the last 72 hours to be allowed entry and exempt from the 14-day quarantine.

Meanwhile, Russians returning to the country could also provide information on their Covid-19 status or be tested already in Russia, the deputy prime minister added.

"In case of a positive test for Covid-19, (the decision) will be made in accordance with the national legislation of the Russian Federation," Golikova said at the briefing. "In addition, we suggest that random PCR testing (for the novel coronavirus) can be carried out by Rospotrebnadzor employees depending on the symptoms that visiting citizens will demonstrate."

Covid-19 infections, which began in the Chinese city of Wuhan, has reached every continent in the world except Antarctica, infecting 12.8 million people worldwide and causing more than 566,000 deaths, according to data from Johns Hopkins University Center for Systems Science and Engineering.

Meanwhile, the total number of confirmed coronavirus cases in Russia has surpassed 727,000, while the death toll climbed to 11,335, according to the official data. Russia now also has the fourth-highest number of confirmed infections worldwide, behind the United States, Brazil and India.