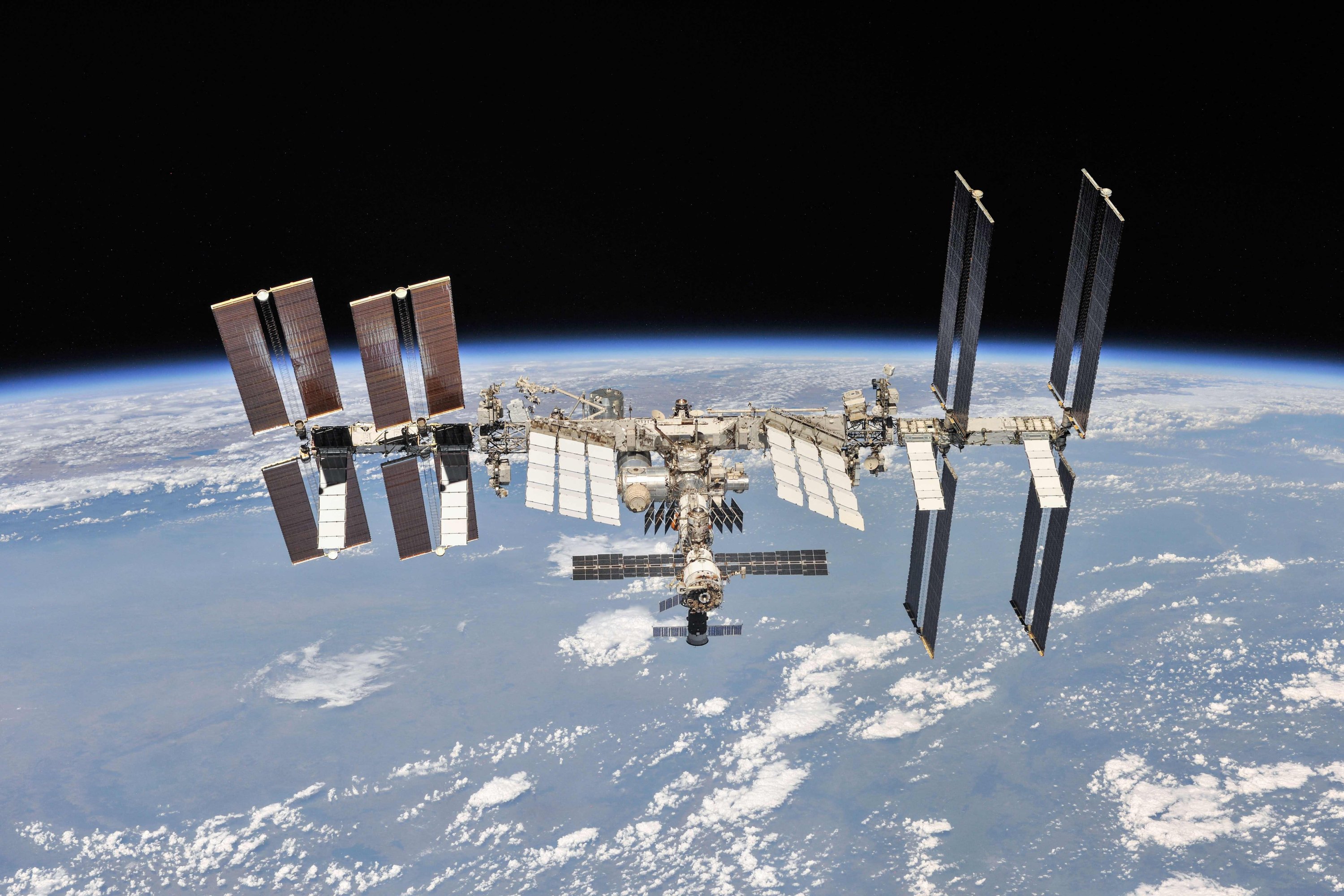 The construction of the new space station is seen as an alternative to the aging International Space Station (ISS). / AFP

Russia has been gradually pushing for its plans to deploy its space station into orbit after leaving the International Space Station (ISS), Roscosmos space agency said last week.

Alexander Bloshenko, Roscosmos executive director for long-term programs and science, revealed that the new Russian Orbital Space Station (ROSS) is expected to be built in two stages, with the second stage to be completed by 2035. The station will generally consist of up to six modules, according to Bloshenko.

"The first stage [of deploying the new orbital station]: the beginning of works from 2025-2026," TASS quoted Bloshenko as saying on Friday.

Experts from Russia’s Energia Space Rocket Corporation are currently working on the construction of the first core module for a new Russian-only orbital station to have it ready for launch in 2025.

The construction of the new space station is seen as an alternative to the aging International Space Station launched in 1998. For the past two decades, the ISS has represented the largest ever global collaboration in science and engineering, with the US and Russia maintaining dual control over the station and mission controls in Houston and Moscow. Despite rising tensions between Russia and the US over the past decade, Russian cosmonauts have successfully worked with their counterparts from the United States, alongside 16 other countries, aboard the ISS.

Russia has been a crucial player in making the ISS a success, mainly due to its Soyuz passenger vehicle, which served as the only way for transporting astronauts to the ISS ever since the US retired its Space Shuttle Program in 2011. According to NASA, 243 individuals from 19 countries have visited the ISS since 2000.

However, the era of international cooperation in space research is coming to an end following the decision of Russian officials to gradually withdraw from the $150 billion ISS projects in 2025. After two decades in orbit, the ISS is starting to show its age, with occasional air leaks and the breakdown of a critical life-support system. Russia's Roscosmos space agency is considering leaving the ISS after its current agreement with international partners runs out in 2024. A decision on the ISS's future will further be made based on the condition of its technical modules, which have "reached the end of their service life", and on Russia's plans for its orbital service station.

“We cannot endanger the lives [of the astronauts]. The situation, which today is associated with the aging of the structure and iron, can lead to irreversible consequences - to the catastrophe. We should not let this happen,” RBC quoted Russia's Deputy Prime Minister Yuri Borisov as saying last week.

Earlier, Borisov said that Moscow would give its international partners "fair warning of our departure from the ISS in 2025."

The decision to leave the ISS comes amid growing tensions between Russia and the US - the two major space powers - on multiple fronts, with the two countries also accusing each other of militarizing space.

Meanwhile, having operating space laboratories is nothing new for Russia, as the country previously built the Mir, a modular space station that was in orbit for 15 years from 1986 to 2001, three times its planned lifetime.