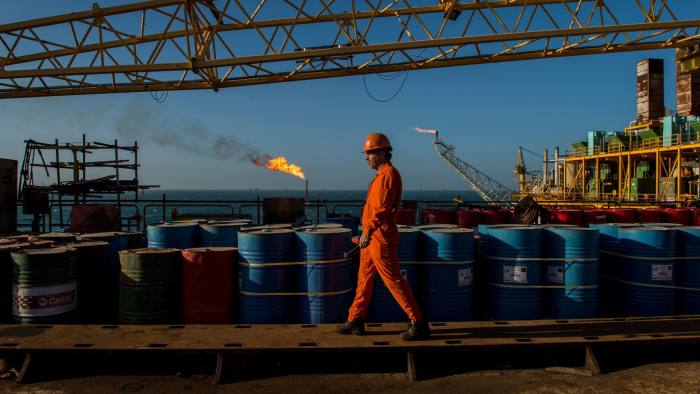 The decision to ramp up sanctions on Russia was made after the U.S. Treasury Department’s Office of Foreign Assets Control (OFAC) had accused Russia of facilitating the shipment of Iranian oil to Syria. / Bloomberg

Any attempt by lawmakers in Washington to hamper Russia’s actions in war-torn Syria via sanctions do not seem to be working, at least not when it comes to aiding shipments of Iranian oil.

“The political defeat in Syria apparently prompts the United States to return to the idea of regime change in Damascus,” RIA Novosti quoted Oleg Morozov, a member of the Federation Council Committee for Foreign Affairs, as saying earlier this week.

“Therefore, the economic pressure through the interruption of oil supplies becomes an instrument of the new economic war against [Syrian President] Bashar Assad, and indirectly with Moscow and Iran,” Morozov said.

On Tuesday the Trump’s administration imposed new sanctions targeting Russian companies and Syrian intermediaries for the alleged sponsorship of Assad’s regime, as well as Hamas and Hizballah, both designated as terrorist organizations by the U.S. amongst other countries. The decision to ramp up sanctions on Russia was made after the U.S. Treasury Department’s Office of Foreign Assets Control (OFAC) had accused Russia of facilitating the shipment of Iranian oil to Syria.

“We have an agreement with Syria and, therefore, we decide what to supply and to whom. This will be our answer, which is much more effective than counter-sanctions,” Morozov said.

Both Iran and Russia have supported the government of Syria’s President Bashar Al Assad, who has been waging a civil war and fighting militants since the spring of 2011. Washington has been on the opposite side, accusing the Syrian president of committing mass atrocities against the Syrian people during a conflict that has claimed the lives of more than 500,000 people and has displaced millions more.

On Wednesday, Moscow and Tehran accused Washington of increasing pressure to curb Iranian influence in the region and undermine Russia on the global stage.

“Today we are acting against a complex scheme Iran and Russia have used to bolster the Assad regime and generate funds for Iranian malign activity,” Treasury Secretary Steven Mnuchin said, according to a press release issued by the Treasury Department on November 20.

New sanctions include restrictions placed on Mohammad Amer Alchwiki (Alchwiki), a Syrian citizen who, according to OFAC, is a key player in the Iranian oil delivery scheme. OFAC believes that Alchwiki’s Russia-based Global Vision Group together with the state-owned Russian company Promsyrioimport, a subsidiary of the Russian Ministry of Energy (Minenergo), ships oil to Syria obtained from the National Iranian Oil Company (NIOC) via several vessels, many of which have been insured by European companies.

OFAC has issued a document titled, “Advisory to the Maritime Petroleum Shipping Community,” which warns of the sanctioning of anyone involved in oil deliveries to Syria. The advisory is supposed to prevent the vessels carrying Iranian oil to enter waters near the Syrian coast.

“Since at least 2014, vessels carrying Iranian oil have switched off the Automatic Identification System onboard before delivering oil to Syria, as a means of concealing the true destination and recipient of this Iranian oil,” the Treasury Department’s statement read.