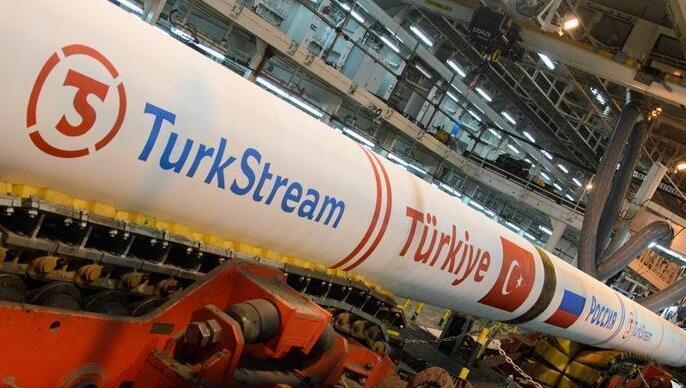 TurkStream has an estimated throughput capacity of 15.75 billion cubic meters (bcm) per year for each of its two lines, called strings. One string is to deliver Russian gas from Anapa to Kiyikoy in northwestern Turkey, while another is designed to carry gas to southern and southeastern Europe.

The much-anticipated TurkStream gas pipeline, the alternative to the abandoned South Stream project, was launched this week, despite the fierce opposition from Washington.

On the sidelines of a special ceremony in Istanbul, Russian President Vladimir Putin and his Turkish counterpart Recep Tayyip Erdogan inaugurated the 930-kilometer (559-mile) twin pipeline that will deliver Russian natural gas to Turkey and southern and southeastern Europe via the pipeline that was laid along the bottom of the Black Sea.

Speaking at the ceremony, which was attended by the leaders of Serbia and Bulgaria, Putin said the pipeline was a sign of, “interaction and cooperation for the benefit of our people and the people of all Europe, the whole world.”

With much attention centered on the controversial Nord Stream 2 project being built in the Baltic Sea region, Russia already started gas deliveries through TurkStream. Bulgaria started receiving gas via Turkey as of January 1, having abandoned the Trans-Balkan Corridor that supplied Russian gas through Ukraine.

TurkStream has an estimated throughput capacity of 15.75 billion cubic meters (bcm) per year for each of its two lines, called strings. One string is to deliver Russian gas from Anapa to Kiyikoy in northwestern Turkey, while another is designed to carry gas to southern and southeastern Europe.

Franz Klintsevich, a member of the Federation Council's Committee on Defense and Security, underscored the political importance of the pipeline, “although the project is purely economic.”

He says the launch of the new gas route is a breakthrough for the Russian economy and diplomacy, contributing to Russia's credibility despite U.S. efforts to thwart the process.

“TurkStream is not the last gas pipeline launched this year,” RIA Novosti quoted Klintsevich as saying on Thursday. “There will also be Nord Stream 2, and, as life shows, the Americans are unable to stop this process, which means that Russia, if it does not dominate yet, has already acquired significantly stronger authority, despite all these information wars that the U.S. has been actively waging against us over the past five years.”

Given the strategic importance of the TurkStream project for Russian energy giant Gazprom, U.S. President Donald Trump has lobbied against the project, fearing that it will significantly increase European dependence on Russia for its energy needs.

In December, Trump signed the National Defense Authorization Act for Fiscal Year 2020, which includes targeting companies related to the Nord Stream-2 and Turkish Stream projects. Due to U.S. restrictions, the Swiss company Allseas, which operates ships laying sections of Nord Stream 2 in the Baltic Sea, has suspended activities for the $11 billion project.

But Russia intends to complete the last 20 percent of Nord Stream 2 gas pipeline by using the Russian ship Akademik Tscherski, which belongs to Gazprom, once it has made its way back from the Far East.