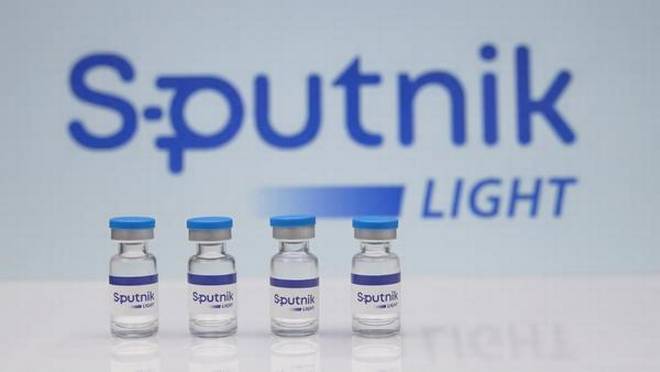 Russian authorities view the one-dose vaccine as a suitable jab for the revaccination of citizens and for vaccination of those who had Covid-19.

Russia has put what it has dubbed the "light vaccine" against Covid-19 — the first component of the original two-dose version of Sputnik-V — into mass circulation.

"The control phase was finished yesterday," RIA Novosti quoted Russian Health Minister Mikhail Murashko as saying on Saturday. "The first series of the Sputnik Light vaccine were produced and introduced into civilian circulation."

Developed by the Moscow-based Gamaleya Research Institute of Epidemiology and Microbiology under the Russian Health Ministry, Sputnik Light is a vector vaccine based on human adenovirus that has proven to be safe and effective, in which the SARS-CoV-2 coronavirus gene is integrated. Adenovirus is used as a carrier to deliver a small fragment of the coronavirus gene to cells and start the synthesis of the new coronavirus' envelope proteins, introducing the immune system to a potential enemy.

Russian authorities view the one-dose vaccine as a suitable jab for the revaccination of citizens and for vaccination of those who had Covid-19. About 2.5 million doses of the vaccine will be ready for use by the end of this month, he added.

The decision to approve and deploy Sputnik Light came after the first component of the standard vaccine — Sputnik V — was produced in significantly larger quantities than the second dose.

The difference from the Sputnik V vaccine is that the Sputnik Light jab is administered once, and has demonstrated efficacy of 79.4 percent. The light version of the vaccine was originally earmarked for export to help countries with high infection rates combat the pandemic.

The first component of the country’s flagship two-dose Sputnik V vaccine, which is compatible with standard vaccine storage and logistics requirements, costs less than $10 a dose. Although Sputnik Light had an affordable price of under $10 per dose, the two-dose Sputnik V vaccine remains the main version used in Russia's vaccination campaign, while the lighter version has been allocated for export.

Sputnik Light is Russia's fourth domestically produced vaccine against the novel coronavirus behind Sputnik V, EpiVacCorona, and CoviVac. A country of almost 146 million people, Russia rolled out its vaccination campaign last December using its first coronavirus vaccine, "Sputnik V," named after the first artificial satellite launched into the Earth’s orbit in 1957. As of June 28, nearly 17 million Russians received both doses of Sputnik V.

While the Sputnik-V vaccine’s efficacy is confirmed at 91.4% based on data analysis of the final control point of clinical trials, the vaccine efficacy against severe cases of coronavirus is 100%. Russia's two-dose vaccine was registered on August 11, before the results of the third and final phase of human trials even began.

The vaccine uses two different adenovirus vectors to prompt the human immune system to produce antibodies that protect against the new coronavirus, similar to the one being developed and trialed by Oxford University in partnership with AstraZeneca. Sputnik V is administered in two doses, with a 21-day gap between the two jabs.