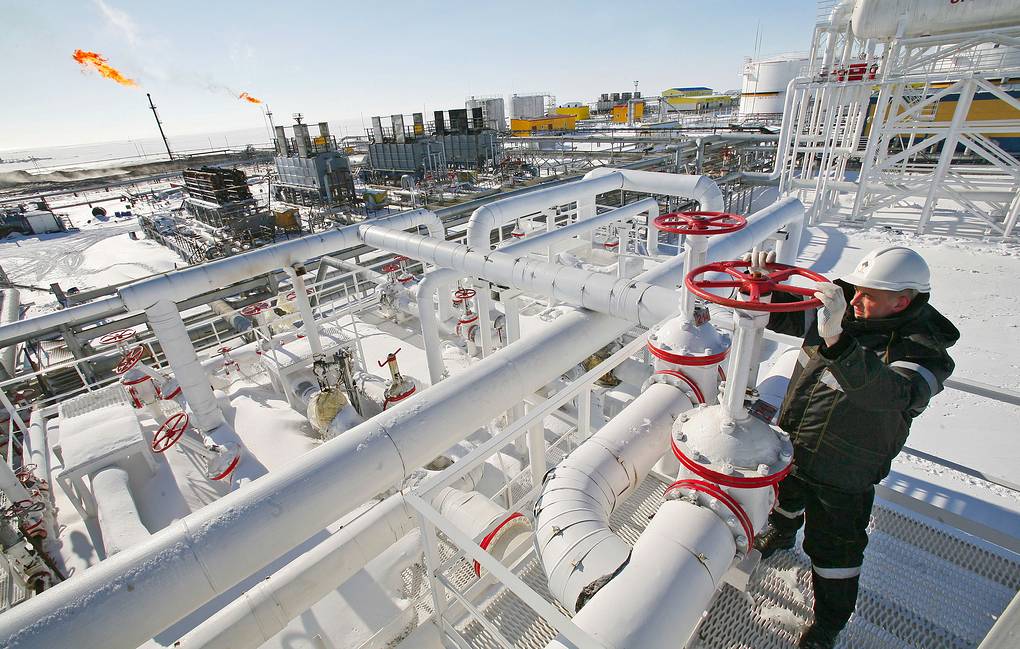 Energy-rich Russia has been bombarded with western sanctions over what Moscow calls a “special military operation” in Ukraine. / Vladimir Smirnov / TASS

Russian media cited two unnamed sources from the country’s Cabinet of Ministers on Tuesday as saying that authorities are considering three possible responses to the recent price cap imposed on Russian oil by the European Union and the G7 nations.

According to the Russian newspaper Vedomosti, none of the options have yet been approved, and other alternatives were still under consideration.

“The first option is a complete ban on the sale of oil to states that supported the restriction, including if they purchase raw materials from Russia not directly, but through intermediary countries or even their chain,” the sources said.

A restriction on exports under contracts with the price cap, regardless of the recipient nation, is said to be the second option.

According to the sources, Moscow is exploring prospects for an "indicative price" mechanism to establish the "maximum discount of Russian oil from the Urals to the benchmark Brent grade" and forbid sales that fall below the maximum discount level.

The price cap for Russian sea-borne oil of $60 per barrel came into force on Monday in a bid to both deprive Moscow of a major revenue stream and curb surging global energy prices. Under the deal, EU and G7 countries will ban banks from financing the purchase and sale of Russian oil, insurance companies from insuring shipments, and ports from unloading oil transported by tankers if it is traded at a higher price than that fixed by the European Union.

“The G7 and all EU Member States have taken a decision that will hit Russia's revenues even harder and reduce its ability to wage war in Ukraine. It will also help us to stabilise global energy prices, benefitting countries across the world who are currently confronted with high oil prices.” EU Commission President Ursula von der Leyen said on Saturday after the international Price Cap Coalition, which includes the G7 and Australia, finalized its work on an oil price cap for Russian seaborne crude.

The European Union's price cap was sharply criticized by Russia. Moscow has repeatedly warned that it will not supply oil to countries supporting a price cap on Russian oil.

On Tuesday, Alexander Novak, the Deputy Prime Minister of Russia shared news of Moscow’s plans to ban the use of the price ceiling for Russian oil.

Although the western measures will affect Russian companies, the deputy prime minister believes that Russian oil will still be in high demand despite the sanctions.

"Such interference in market instruments, of course, affects the work of our companies, the sale of products to export markets,” TASS quoted Novak as saying on Tuesday. “Nevertheless, I want to emphasize that Russian oil is in demand on world markets and will find buyers.”

Energy-rich Russia has been bombarded with western sanctions over what Moscow calls a “special military operation” in Ukraine. Sanctions have been driving Russia’s crude oil trade into the shadows, with many oil importers avoiding dealing with the country’s energy companies.

Despite the western drastic measures to wind down imports of Russian oil, the world's second-largest oil exporter that holds 80 billion barrels of proven oil reserves, or 4.8 percent of the world’s total oil reserves, still has plenty of buyers.

“Yes, mechanisms and supply chains will change. Nevertheless, we do not see this as a tragedy, companies will find interaction mechanisms among themselves to sell relevant products,” Novak said.

Since Russia's invasion of Ukraine began on February 24, European countries have been focusing on how to wean themselves off Russian oil and gas. European leaders have focused on limiting imports from Russia and switching to wind and solar power as fast as possible.