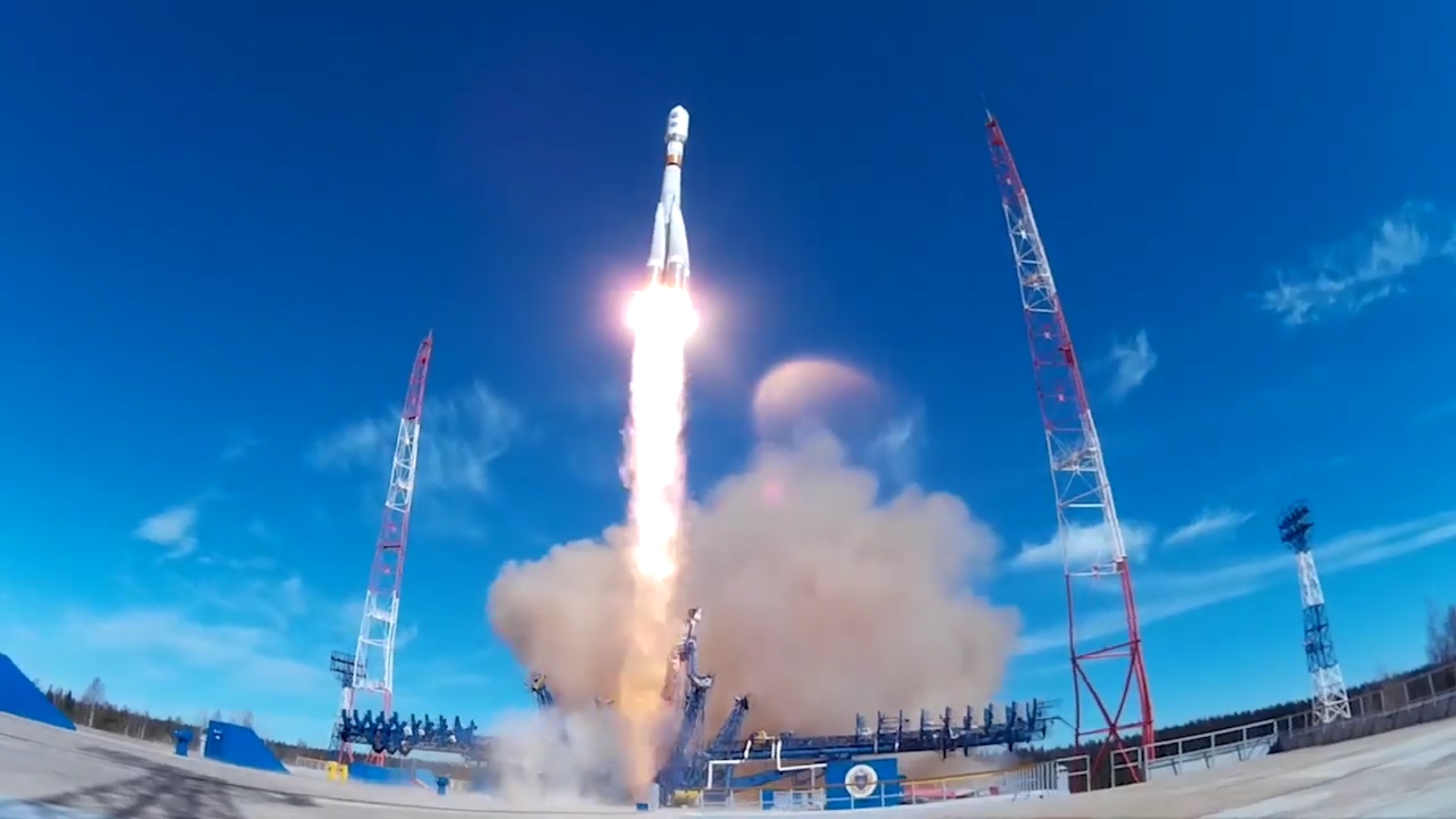 Kosmos 2525 is carrying a payload for remote sensing of the Earth.

On March 29, Russia’s Defense Ministry successfully launched Soyuz-2-1v carrier rocket into the orbit from the Plesetsk Cosmodrome, the northernmost facility of its kind and located in Russia’s Arkhangelsk region. The rocket will deploy the Kosmos 2525, an Earth observation satellite built for the Russian military.

"A crew of the Space Troops of the Aerospace Force of the Russian Federation successfully launched the Soyuz-2.1V light launch vehicle at 20:38 Moscow Standard Time that is carrying into space a satellite, which will serve the interests of the Defense Ministry," read in the statement, according state-run TASS.

Kosmos 2525 is carrying a payload for remote sensing of the Earth. Although the Russian Defense Ministry did not provide further detail, Bart Hendrickx, a Russian space historian, believes that last week’s launch is closely linked with the Russian small satellite program known as Experimental Small Spacecraft program, or EMKA.

EMKA is a platform developed by the Moscow-based VNIIEM Corporation for the creation of future spy satellites that will be able to take high-resolution images of the Earth's surface. In 2014, the VNIIEM’s work on the 205-kilogram MKA-V small satellite achieved success, surpassing the company’s previous 450-kilo Kanopus-V spacecraft. This achievement laid the basis for development of miniaturizing imaging satellites.

The satellite launched last Thursday was likely built on a new MKA-V satellite design to test this compact Earth-imaging platform. Russian space journalist Anatoly Zak believes that the Soyuz-2-1v rocket actually carried Zvezda (Star) satellite, which was initiated back in 2015, to blaze a trail for EMKA’s MKA-V program. The EMKA satellite with its miniaturized design and remote sensing technology, can be used for military-managed Earth-imaging missions.

The concept of “star wars” – a concept separate from the Hollywood blockbuster films – first appeared in 1950s during the Cold War, when the U.S. and the Soviet Union were threatening to attack one another from space. In 1967, countries agreed not to deploy weapons of mass destruction into Earth’s orbit, but the business of launching various types of satellites never eased up.

Russia and China have publically declared they will not be engaged in space wars as late as the BRICS summit held in 2017, yet the U.S. is contemplating the creation of a space force.

Trump’s announcement before military personnel in San Diego, California last month of his plans to create the U.S. Space Force may change their course of thinking.

"My new national strategy for space recognizes that space is a war-fighting domain just like the land, air and sea," Trump said at Miramar Air Station.

Yury Shvytkin, the deputy head of the Russian State Duma Defense Committee, had a different opinion on the issue, saying Trump is merely trying to make a counter-move after Russia unveiled a new line of nuclear-capable weapons that would outmaneuver American defenses.

“Trump is trying to show the world community that America is also keeping up with the times. In fact, this is just an attempt to reflect the triumph of hope over reality,” Shvytkin said to RT.