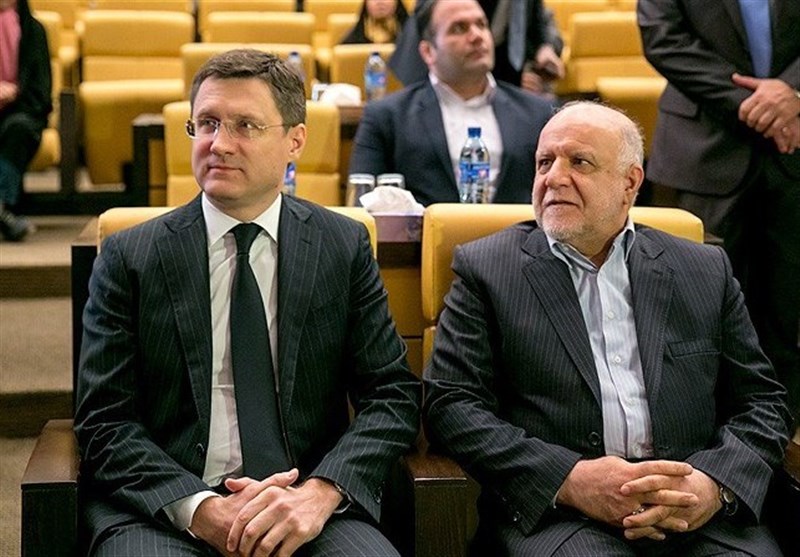 Russia may begin conducting business with Iran in national currencies and forgo using the United States dollar, as sanctions imposed by Washington have essentially cut Iran off from international banking institutions.

"We do not recognize [the US sanctions against Iran], which were introduced unilaterally without the approval of the United Nations Security Council,” Russia’s Energy Minister Alexander Novak, who also co-chairs the Russian-Iranian intergovernmental commission, said in an interview with Turkey's Anadolu news agency on November 18.

“We will continue seeking mechanisms for cooperation, and one of them is the settlements for supplied goods in national currencies."

"This is not a new situation for us when sanctions are introduced against Iran. Until 2015, when they were lifted, we had cooperated with Iran and developed trade and economic cooperation,” Novak said, referring to the signing of the Joint Comprehensive Plan of Action, better known as the nuclear deal, that was reached by the five permanent members of the UN Security Council plus Germany.

Sanctions on Iran under the Trump administration kicked in on August 7, targeting Iran's automotive sector, and trade in gold and other metals. The second round of sanctions, including those hitting the oil sector, came into force on November 5.

Despite U.S. sanctions on Iran’s oil industry, Russia will most likely defy them by continuing to invest in Iran’s natural gas sector and may also seek to influence the flow of Iran’s natural gas into the European market. U.S. President Donald Trump’s administration has warned Russia against any move that could help Iran evade sanctions.

Meanwhile, Russia seeks to continue developing its trading of Iranian oil under an oil-for-goods scheme, originally signed in 2014 between the two countries. The first Iranian oil supply to Russia has been completed, and the two sides could extend the deal for five years when it runs out at the end of this year. According to the arrangement, Russia would initially buy 100,000 barrels per day of Iranian oil in exchange for Russian equipment and goods. The deal allows for an increase in currently-traded volumes.

In a briefing on November 15, Russian Foreign Ministry Spokeswoman Maria Zakharova said Russia is determined to strengthen cooperation with Iran.

“All political assessments of bilateral economic relations have already been made. Russia strives to cooperate with Iran, it does not declare any unilateral sanctions, like the ones that have been introduced and are being expanded by the United States,” the official website of the Russian Foreign Affairs Ministry quoted her as saying.

According to reports, Russian experts are also seeking to provide support to Iran for the development of its crypto-economy as a part of an agreement reached by representatives of leading industry organizations, which have also been subjected to western sanctions.

According to a deal that was signed by the Russian Association of Cryptoindustry and Blockchain (RACIB) and Iran Blockchain Labs (IBL) on November 14, Iran will take advantage of the expertise of Russian blockchain developers.

The agreement was signed days after Iranian financial institutions were denied access to Swift, the international system that enables banks to transmit messages and transfer funds across borders. The measure severely limits options for making international payments to and from Iran.

A number of global cryptocurrency exchanges have excluded Iran from their lists of supported countries. However, Iran stepped up its plan to introduce a national cryptocurrency. On November 9, an official from the Central Bank of Iran (CBI) announced that the country has finalized the development of its national cryptocurrency, which is backed by the national currency, the rial. Once the CBI approves its use, the yet-to-be-named digital currency will be issued to banking institutions for testing in payments, internal and interbank settlements, according to Ibena, an Iranian news agency affiliated with the country’s central bank.