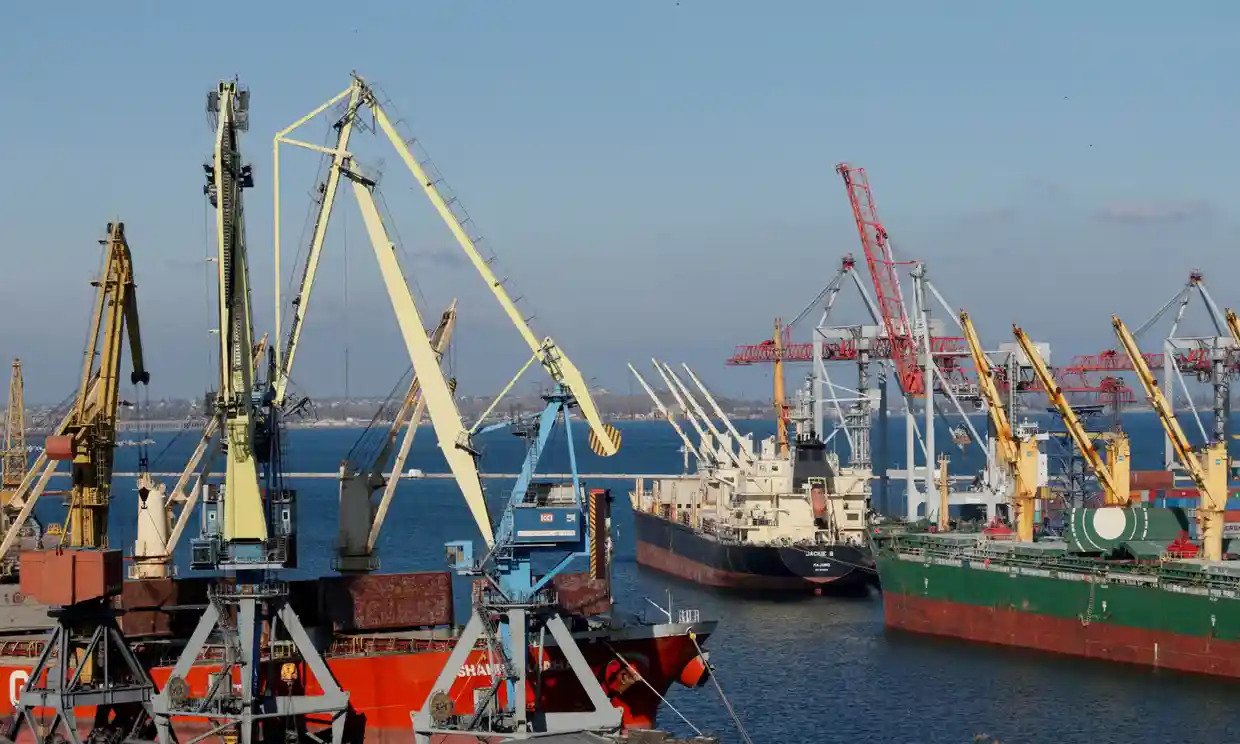 Since Russia has started what it calls a “special military operation” on February 24, Ukraine’s Black Sea ports have been blocked, trapping more than 20 million tonnes of grain in silos in the country.

Russian Deputy Foreign Minister Andrei Rudenko said Moscow is willing to open a humanitarian corridor in the Black Sea to ships carrying food to leave Ukraine, in return for the lifting of sanctions.

“We have repeatedly stated on this point that a solution to the food problem requires a comprehensive approach, including the lifting of sanctions that have been imposed on Russian exports and financial transactions,” Russian state news agency Interfax quoted Rudenko as saying on Wednesday.

He noted that Russia would provide the humanitarian passage if Ukraine demined all ports where ships are anchored.

“Russia is ready to provide the necessary humanitarian passage, which it does every day,” Rudenko said.

Since Russia started what it calls a “special military operation” on February 24, Ukraine’s Black Sea ports have been blocked, trapping more than 20 million tonnes of grain in silos in the country.

Ukraine referred to as the “breadbasket of Europe” is a top grain supplier to dozens of developing countries. Last year, Ukraine's grain export totaled $12.2 billion, accounting for nearly a fifth of the country's exports. Prior to the war, Ukraine exported 98% of its cereals and oilseed via the Black Sea, at a rate of up to 6 million tonnes per month. But with the ports blocked and the railway system unable to cope with the extra volume, the country is currently only exporting between 1-1.5 million tonnes a month.

The inability to export grain from Ukraine ports has led to a surging food prices, as well as fears of a global food crisis.

“We have to open up these ports so that food can move in and out of Ukraine,” said David Beasley, who heads the UN World Food Program (WFP), this month. “The world demands it because hundreds of millions of people globally depend on food that comes through these ports.”

Commenting on Tuesday’s statement made by European Commission President Ursula von der Leyen that Russia is allegedly using the food issue as a blackmail weapon, Rudenko said that Moscow is always ready for dialogue with all those who seek peaceful resolution of all problems.

“I leave Ursula von der Leyen’s statement to her conscience,” he said.

Since Russia invaded Ukraine, Western nations have tightened the screws on Moscow through severe sanctions that have crippled the country’s economy and penalized its government officials and their family members. Western powers have targeted several large financial institutions, Russian sovereign debt and wealthy individuals from Russia. Sanctions on Russia’s foreign debt envisage that the country can no longer raise money for its state financing from Western financial institutions.

Western countries have also agreed to exclude Russian banks, which fell under sanctions, from an international payment system known as SWIFT, which is used by thousands of financial institutions worldwide. The existing sanctions have blocked Russia from importing key technologies, including those for defense, energy, telecoms, and aviation sectors.

According to a recent World Bank report, wheat prices are forecast to increase by more than 40 percent this year and hit a record high.