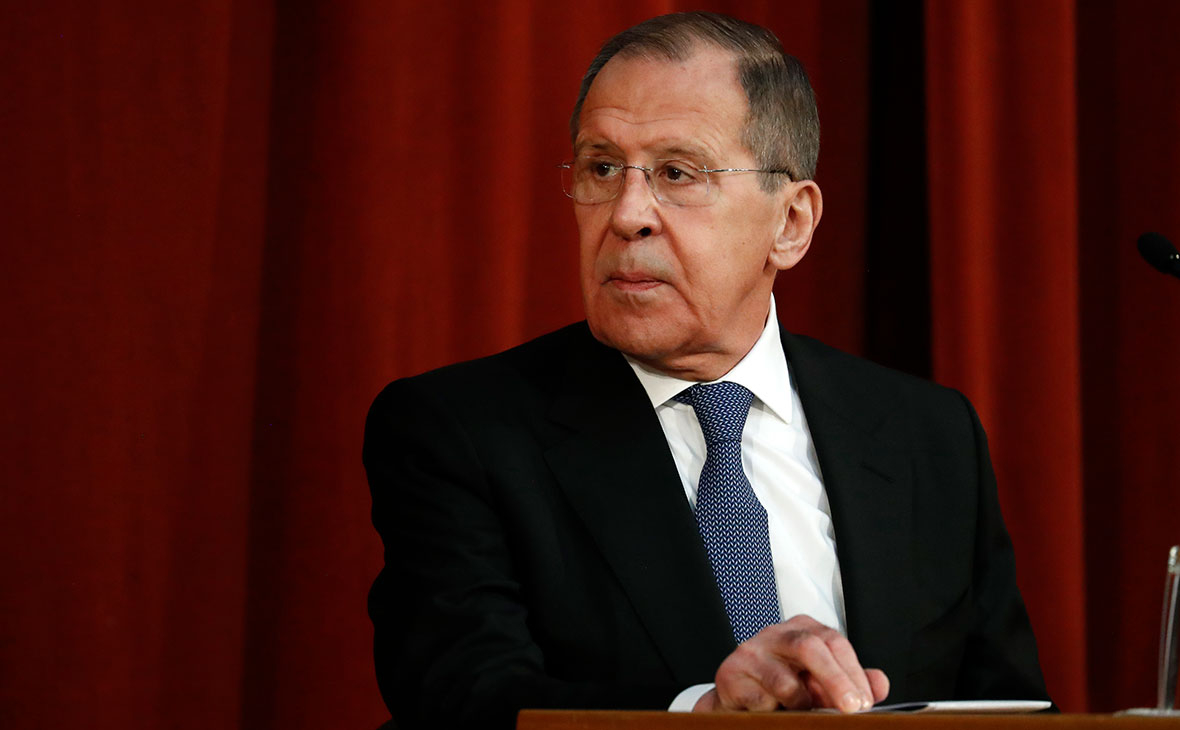 Following a meeting with his Tajikistan’s counterpart, Russian Foreign Minister Sergei Lavrov stated that Russia will continue to assist Tajikistan and its neighbors secure the country’s borders with Afghanistan.

Russia has reaffirmed its intent to help its former Soviet allies in Central Asia safeguard their borders amid the presence of militants from the Islamic State (IS) rebel group in northern Afghan provinces bordering Tajikistan and other Central Asian states.

Following a meeting with his Tajikistan’s counterpart, Russian Foreign Minister Sergei Lavrov stated that Russia will continue to assist Tajikistan and its neighbors secure the country’s borders with Afghanistan.

“We expressed concern over the presence of militants from international terrorist organizations in northern Afghan provinces, that is, virtually on the border with Tajikistan and our other Central Asian partners,” Lavrov said on February 24, at the joint press conference, speaking alongside Foreign Minister of Tajikistan Sirojiddin Muhriddin, who traveled to Russia on an official visit.

“We confirmed our readiness to facilitate the peace process in this long-suffering country, including the use of the Moscow format of consultations on Afghanistan, the capabilities of the CSTO and the SCO-Afghanistan Contact Group,” the Russian minister added.

Originally rising from the chaos of Syria’s civil war, Islamic State (IS) announced its expansion into Afghanistan in 2015. Turkmenistan, Uzbekistan and Tajikistan all share a long border with Afghanistan, where Islamic State is consolidating and expanding its foothold. However, Tajikistan which shares the longest land border with turbulent Afghanistan, precisely 1,357-kilometer (843 miles), is more at risk than any Central Asian state.

“Russia will continue to provide all necessary assistance to Central Asian countries in fighting terrorism, extremism and illegal drug trafficking,” Lavrov added, according to the Russian Foreign Ministry. “We agree that the 201st Russian military base in Tajikistan remains a serious factor of stability and security in the Central Asian region.”

Stationing about 7,000 troops, 96 tanks, eight helicopters, five ground attack aircraft and many other military pieces of equipment in Tajikistan, the 201st Military Base is considered the largest force of the Russian Armed Forces based in a foreign country.

Russia has an interest in helping safeguard the borders of its former Soviet allies in Central Asia, as authorities in Moscow are concerned that terror threats emanating from Afghanistan can end up on Russia’s doorsteps. Russia provides assistance to Tajikistan in the form of equipping that country’s armed forces and strengthening the borders.

In addition, Russia routinely conducts counter-terrorism drills in Tajikistan and other countries across Central Asia. In 2017, Russia and Tajikistan held joint drills near the Tajik-Afghan border, which involved nearly 2,000 Russian military personnel and 50,000 Tajikistani troops.

Terrorism in the Central Asian states, namely Kyrgyzstan, Uzbekistan, Tajikistan, Turkmenistan and Kazakhstan, remains rare, despite the high numbers of citizens who have traveled to become foreign fighters. An estimated 1,300 to 2,000 Tajikistan citizens have reportedly traveled to Syria and Iraq to join Islamic State and other jihadi groups.

The region has seen 19 attacks categorized as terrorism between 2008 and 2018. Most of these attacks targeted law enforcement agencies, according to the Washington-based Wilson Center. IS has been involved in several of these events. In July 2018, a group claiming allegiance to IS killed four foreign tourists outside of the Tajik capital of Dushanbe. It was the group’s first attack on foreigners in Tajikistan.