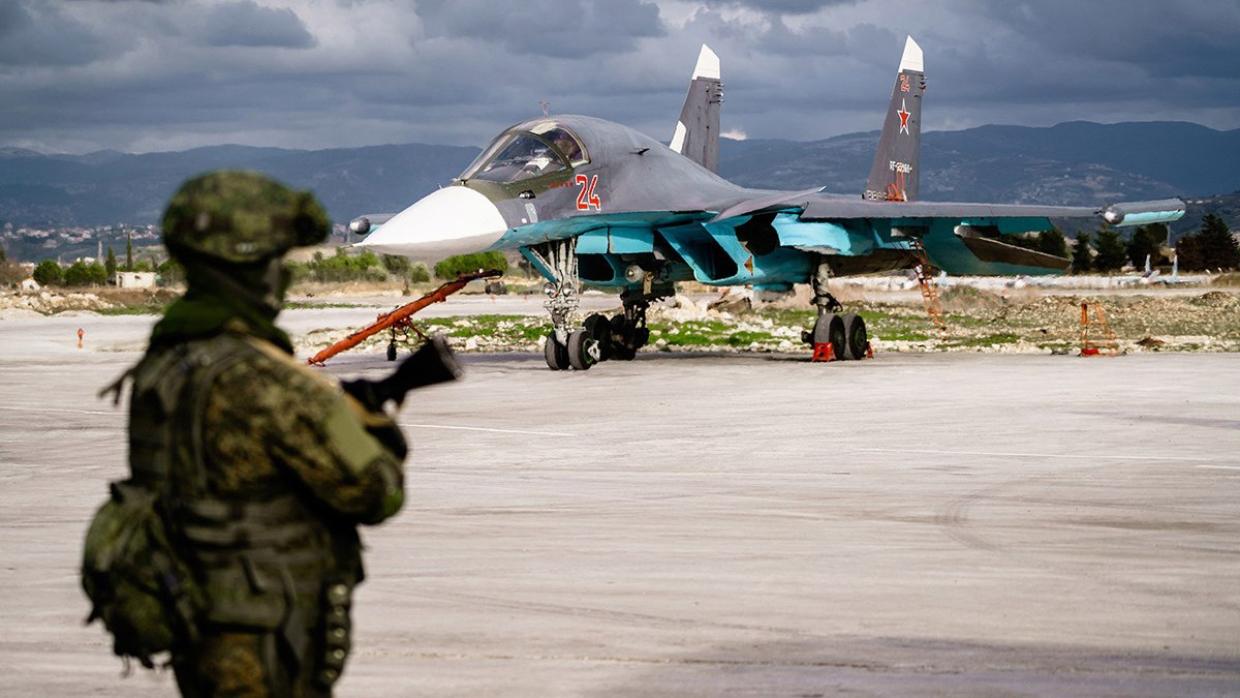 In 2017, Moscow signed a lease agreement under which Russia is allowed to operate Hmeimim Air Base in western Syria's Latakia province and a naval base at the port of Tartus on the Mediterranean Sea for 49 years on a free-of-charge basis.

Russia, which currently possesses two permanent military bases in Syria, intends to expand its presence in the Middle Eastern country.

Russia's President Vladimir Putin instructed his defense and foreign ministries on May 29, to hold talks with the Syrian government over transferring more real estate and water territory to the Russian military's possession.

In 2017, Moscow signed a lease agreement under which Russia is allowed to operate Hmeimim Air Base in western Syria's Latakia province and a naval base at the port of Tartus on the Mediterranean Sea for 49 years on a free-of-charge basis. According to the agreement, Russia can keep up to 11 warships there, including nuclear-powered ones.

Russian forces first entered Syria in September 2015, at the request of embattled Syrian President and ally Bashar al-Assad. Since that time, Russia has waged a military campaign in Syria that helped shore up Assad’s hold on power and allowed his government to reclaim control over most of the country following a devastating civil war.

Alexander Ionov, head of the Anti-Globalization Movement of Russia, believes that Russian military presence in the war-torn country is necessary for regional stability as Russia remains the only foreign force who was officially invited by Damascus to fight terrorists on the Syrian ground.

"The Iranian side announced the withdrawal of most of its contingent, the Lebanese Hezbollah also returned troops home," RIA Novosti quoted Ionov as saying on May 29. "Therefore, only Russia today is the backbone and guarantor of stability in the region."

The expert stressed that Russia's intention to transfer additional ground and water area is due to the need to ensure total safety of Russian military bases in Syria.

What seems like a never-ending conflict in the war-torn Middle Eastern country broke out in 2011 when Syrian police responded to a series of large-scale protests in several Syrian cities, which called for the ousting of the country's President Bashar Al Assad. Protests and clashes quickly turned into a bloody conflict that has seen the interventions of foreign powers.

Since the start of the civil war, Moscow has officially supported the government of Assad. Russian military reinforcements have been the main driving force behind Assad’s troops.

According to the London-based Syrian Observatory for Human Rights, an estimated 560,000 people have been killed in the conflict, and more than half of the Syrian population has been displaced either internally or throughout the world.