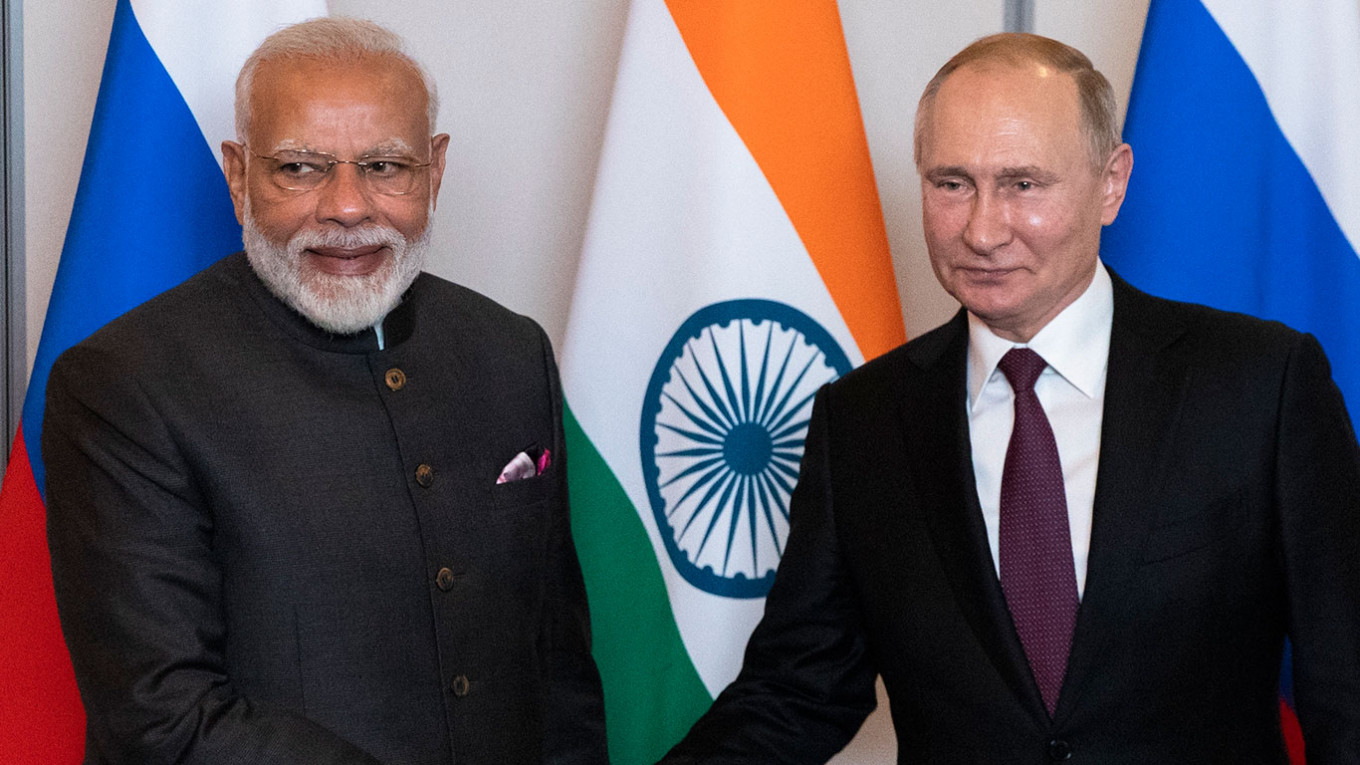 "Rosoboronexport has almost fully abandoned settlement in the US currency," RIA Novosti quoted Mikheev as saying on Tuesday. "As far as India is concerned, all mutual settlements are carried out in rubles and rupees."

"This is normal current practice, one of the trends of the global market," Mikheev said.

Military cooperation between Moscow and New Delhi came under the spotlight on December 6 when Russian President Vladimir Putin paid an official visit to New Delhi where he met with Indian Prime Minister Narendra Modi. Russia's defense and foreign ministers accompanied Putin in a visit that saw the two countries reinforce their ties with a military and technical cooperation pact until 2031.

According to a joint statement issued by the Kremlin’s press service after the talks, Moscow and New Delhi agreed to continue promoting trade in national currencies, rather than the United States dollar, and had "reiterated their commitment to upgrade the defense cooperation, including facilitating joint development and production of military equipment."

Both India and Russia have been in talks over the ways to promote mutual settlement of payments through the "rupee-rouble transfer" route, which will help reduce cost and time as well as risks involved in payments.

Discussions over the rupee-rouble route began since relations between Russia and the US have spiraled downward following the crisis in Ukraine in 2014 and only worsened with allegations of Russian meddling in the 2016 presidential election, a nerve agent poisoning in the UK and its role in the SolarWinds cyber attack, among other incidents. As a result, Russia’s economy has been operating under international sanctions for the last seven years.

Russia has adopted a range of measures towards ditching American greenbacks in favor of doing business in the national currency and lowering its dollar dependency. In June, officials from Russia announced Moscow's plans to cut the US dollar from its $186 billion National Wealth Fund. Once the changes to the NWF are complete, the share of euro assets in the fund is expected to stand at 40 percent, the yuan at 30 percent and gold at 20 percent.

The Kremlin is reportedly making a deliberate push to convince other countries to dump the dollar – especially those facing American sanctions and trade restrictions, including Iran and Turkey – and start doing business in their national currencies instead.

For India, doing business with Russia comes with risks since the US can impose sanctions on any country that conducts significant transactions with Russian defense and intelligence sectors under the Countering America's Adversaries Through Sanctions Act (CAATSA). Yet, India cannot afford to sideline Russia in its defense calculus as India’s defense relationship with Russia goes back further than its relationship with the US.

India’s military-political relations and arms trade with Russia, which began in the Soviet era, have expanded in recent years despite threats of sanctions from the United States.

India remains one of the largest and oldest buyers of Russian defense equipment. The Soviet Union was India’s main supplier during the cold war, and today most of its armament is Russian, or Soviet, made. About 70 percent of the Indian Air Force’s equipment is Russian-made, while 80 percent of its naval fleet is Russian as well. Moscow and New Delhi currently have military contracts worth $35 billion.

Currently, India and Russia are jointly developing an extended-range air-to-air class of the BrahMos cruise missile, which is capable of downing major aerial targets equipped with an Airborne Warning And Control System (AWACS). Among joint Indo-Russian military projects, there are the development of the Sukhoi/HAL Fifth Generation Fighter Aircraft (FGFA), also known in India as the Perspective Multi-role Fighter (PMF), licensed production of the Su-30 warplane and the T-90 battle tank.

In October 2018, the two countries inked a $5-billion contract for the supply of five batteries of the S-400 missile systems to India. Other hefty agreements include a deal on India purchasing four Russian-made Project 11356 frigates and an accord on Moscow supplying Igla portable anti-aircraft missile systems to New Delhi.

Russia is ranked the Caspian region’s largest arms exporter and the second-largest globally behind the United States, according to Global Firepower’s 2021 rankings. It is a crucial weapons exporter supplying countries in Asia and Oceania, the Middle East, and Africa.