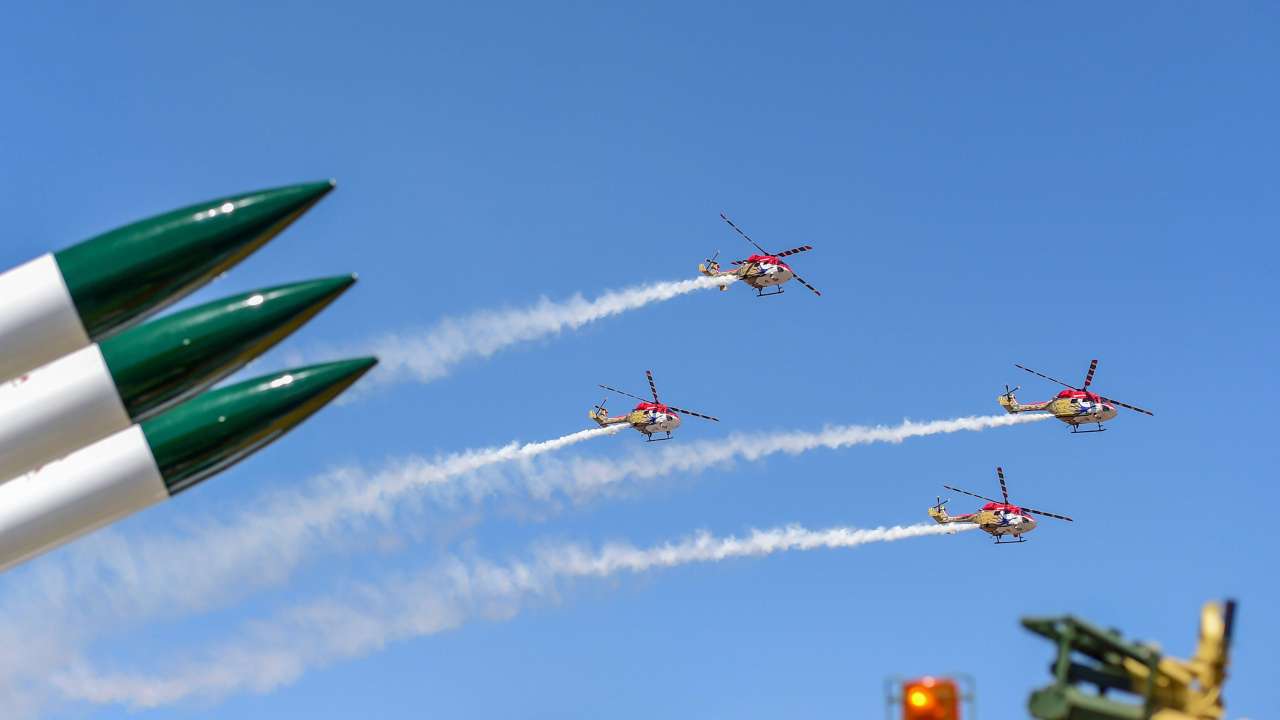 The 12th edition of Aero India Exhibition, Asia’s largest show of its kind, has brought together more than 200 leading companies in the aviation sector from around the globe, all hoping to lure customers and clinch new deals.

Military cooperation between India and Russia got a boost when New Delhi ordered Russian weapons worth $10 billion, within the five-day Aero India 2019 International Exhibition held in Bangalore, India. The event kicked off on February 20 and wraps up today.

“India is among the top three leading partners of Russia in the military-technical cooperation with a portfolio of orders exceeding ten billion dollars,” said Anatoly Punchuk, the deputy director of Russia's Federal Service for Military-Technical Cooperation, according to Swissinfo. Punchuk said Russia intends to keep its leading position in the Indian arms market.

The 12th edition of Aero India Exhibition, Asia’s largest show of its kind, has brought together more than 200 leading companies in the aviation sector from around the globe, all hoping to lure customers and clinch new deals. With 11 companies represented at the expo this year, Russia has some of the largest national presence.

As the strongest military power in the Caspian region, Russia is sampling nearly 200 of its cutting-edge products, including the deck-based version of the Kamov Ka-226T light multirole helicopter and the mock-ups of Ansat and Mi-171A2 rotorcraft. Also on show are the IL-76MD-90A transporters, and combat-training aircraft Yak-130.

“Today we are ready to more actively involve private Indian companies in the framework of the program ‘Make in India’ in terms of the production of a number of spare parts necessary for the repair and maintenance of previously supplied equipment,” Punchuk said when talking to journalists on the sidelines of Aero-India 2019.

In 2015, Moscow and New Delhi agreed on the delivery of 200 Ka-226T helicopters, 140 of which were supposed to be produced in India under the “Make in India” program. According to the recent agreement, the parties will explore the production of a number of assemblies and components for Ka-226T helicopter in India.

“We have launched a new stage of the Ka-226T project: identifying the chain of manufacturers among the Indian companies,” said Andrey Boginskiy, Director General of Russian Helicopters Holding Company, following Wednesday’s meeting with over 30 potential Indian suppliers held at the Aero India air show.

“I am positive that the agreements reached today will result in a long-term, mutually beneficial co-operation at a later stage when the production of Ka-226T is transferred to the customer’s territory.”

In addition, India has reportedly sent a request for the purchase of 21 Russian MIG-29 fighters, costing around $850 million. The deal also includes weapons, related equipment and personnel training.

“The request has been received. It is currently being processed,” Interfax quoted Punchuk as saying on February 20.

India is one of the Russian defense industry’s biggest customers despite severe pressure from Washington, which is against any significant transaction with Russia’s defense and intelligence sectors. About 70 percent of the Indian Air Force’s equipment is Russian- or Soviet- made, while 80 percent of its naval fleet is the same. Moscow and New Delhi currently have military contracts worth $35 billion.